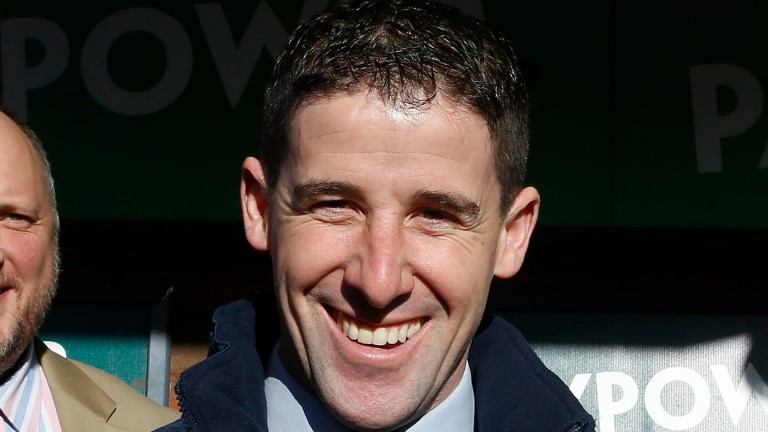 Henry Oliver: sees no point in appealing against the fine
John Grossick (racingpost.com/photos)
1 of 1
By Bruce Jackson 12:22PM, JAN 28 2019

Henry Oliver has ruled out appealing against the £140 fine the Uttoxeter stewards hit him with on Saturday for encouraging his horse to start by waving his arms at the reluctant runner.

The punishment sparked a storm of protest from leading racing figures, including 20-time champion jockey Sir Anthony McCoy who tweeted his disgust at the misconduct fine, calling it "embarrassing rubbish".

Speaking on Monday morning, Oliver said: "I don't see the point in going down there for £140. Maybe out of principle I should do it, but I don't want to waste my time and theirs.

"At the end of the day there are rules and I appreciate that, but we invest a lot of time and money in our horses. My horses come first as far as I am concerned.

"Perhaps if anything can come out of this they will have a rethink about the rule.

"I do feel they could surely just have had a quiet word with me about what I did. I was not trying to interfere with the start."

Oliver revealed the reluctant eight-year-old Burrenbridge Hotel, who pulled up in the race, is off to the sales shortly.

"It's frustrating as he has plenty of ability," the trainer added. "We have won three races with him – but he needs a change of scenery."

And for such stupidity I’m going to block @BHAStewards incase I end up reading again such embarrassing rubbish.......how can our sport have such appalling decision makers in charge https://t.co/A8pfXJk46c

Oliver has been amazed at the reaction to the incident and the support he received from some of the big names in the sport.

He said: "I couldn't believe how much it snowballed on social media and the amount of support."

FIRST PUBLISHED 12:22PM, JAN 28 2019
Perhaps if anything can come out of this they will have a rethink about the rule