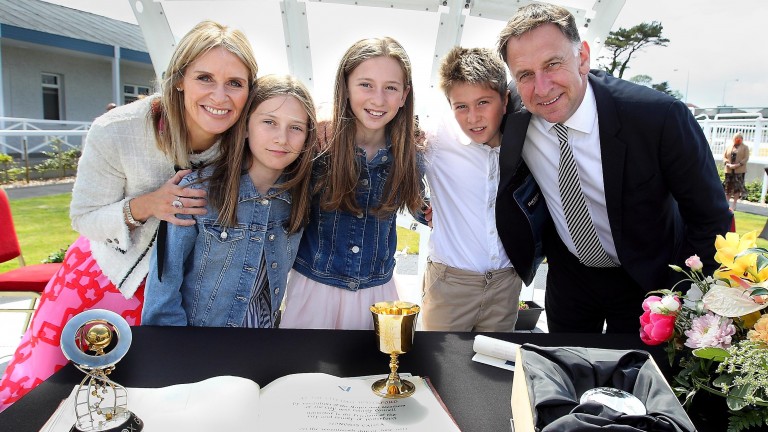 Henry de Bromhead with wife Heather and children Georgia, Mia and Jack after he was conferred with the Freedom of Waterford City and County. In the foreground are the Grand National and Gold Cup trophies, sitting on his scroll
Noel Browne
1 of 1
By Richard Forristal 7:07PM, JUN 18 2021

There might not be any marquee jump races to be won in the height of summer but Henry de Bromhead crowned his 2021 annus mirabilis by being awarded the freedom of Waterford city and county at an outdoor ceremony held at Tramore racecourse on Thursday.

It is a distinction that has been conferred on just two other sporting heroes, the 1984 Olympic marathon silver medallist John Treacy and legendary cyclist Sean Kelly. Since the accolade evolved into its current honorary format in the mid-19th century, 34 people have been conferred, although the original concept of the freedom of Waterford dates back to a 12th century policy following the Norman invasion and the pivotal marriage of Strongbow and Aoife.

During the ceremony, which was attended by local councillors and dignitaries, the mayor of Waterford, Damien Geoghegan, who was on compere duties, quipped that De Bromhead's intended presence at Royal Ascot on Friday would lend a touch of nobility to proceedings.

"This year, I believe, the Queen hasn't attended for a first time since her coronation, but Henry de Bromhead, freeman of Waterford, will be there, so that'll do us!" he joked. 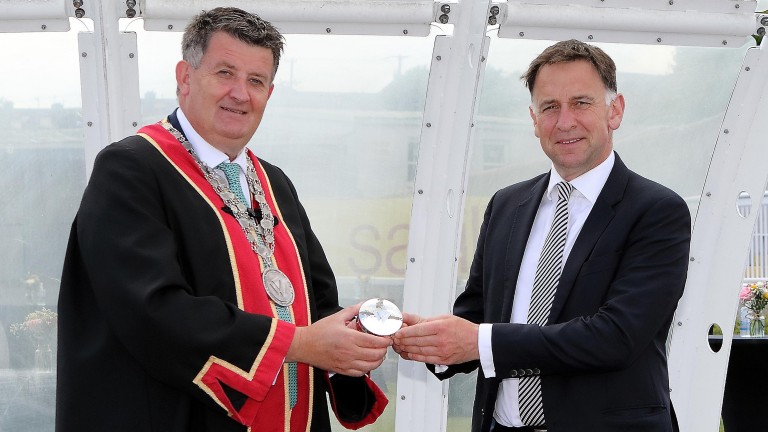 The trainer and his similarly insatiable stable jockey Rachael Blackmore then followed up by recording a famous Grand National victory at Aintree with Minella Times, who was chased home by the De Bromhead-trained Balko Des Flos.

"The Freedom of Waterford, the oldest city in Ireland and the greatest county, is an honour which, for more than three centuries, has stood as a mark of recognition of a person's place in society and their contribution to Waterford," Geoghegan said in his speech.

"Henry's contributions to Waterford, and the field of racehorse training and the sport of National Hunt racing, certainly mark him out as a truly worthy recipient of this honour. 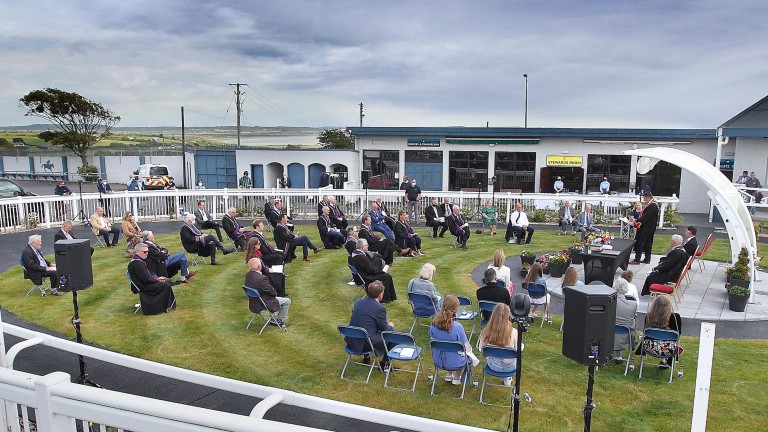 "When it comes to all things horse related, Ireland is uniquely placed. We are the country that the world turns to for breeders, trainers and jockeys, and all associated with the noble beast.

"The pantheon of greats contains the names of Irish men and women running through it, and the name De Bromhead is right there at the top."

Geoghegan then read out a letter he had received ahead of the event from Sir Mark Prescott, one of the trainer's former mentors.

"How good it is to know how Henry is so appreciated at home," Prescott wrote. "At Heath House, we bask in his reflected glory. He is a credit to his sport, his family and his country, and anyone who doubts that need only listen to his interviews.

"As we know, it is hard to get to the top of any profession, but to get there without knowingly doing anyone a bad turn is a triumph indeed. William Butler, my assistant and partner in business, tells me that the only two previous sportsmen to receive this accolade were John Treacy and Sean Kelly. William is a Waterford man and knows the value of this honour. What sporting history you have, and how proud I am that an ex-Heath House pupil should receive this honour."

During his acceptance speech, De Bromhead, who was joined in attendance by his wife Heather and their three children, admitted he was humbled by the recognition.

He said: "All I can say is it's an incredible honour, and I'd like to thank Mayor Geoghegan and all the Waterford city and county councillors for this. I'm lost for words really. It's just an incredible honour and, when you hear the history behind it, it's amazing.

"I'm part of a team, so obviously none of this could have happened without them. I'm receiving it on behalf of my wife Heather and everyone at Knockeen, both human and equine. The achievements we have achieved couldn't be done without them, so it's down to their hard work at home.

"And the support and goodwill we receive from people from Waterford, wherever I go, is incredible. I just feel very lucky to be one of them."

Royal Ascot 2021: ten races could be run on Saturday if day four is called off

FIRST PUBLISHED 7:07PM, JUN 18 2021
Henry's contributions to Waterford, and racehorse training and the sport of National Hunt racing, mark him out as a truly worthy recipient

Plucked from obscurity, The Shunter could now add Galway Plate glory to his haul Decision made: superstar mare Honeysuckle set to stay over hurdles this season