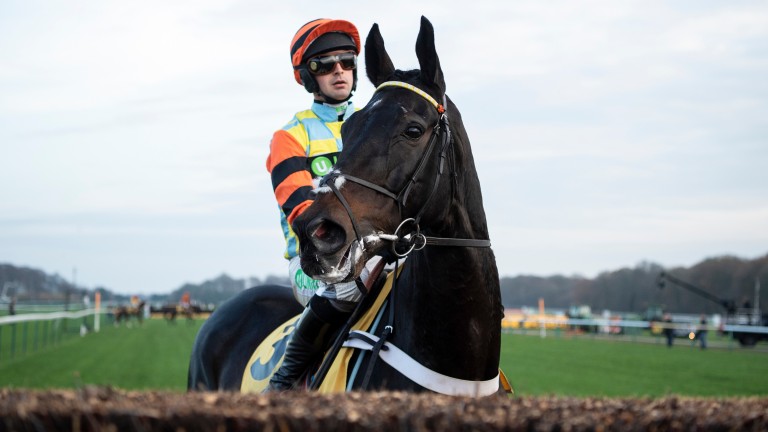 Nicky Henderson remains baffled by Might Bite's disappointing run in the King George VI Chase at Kempton, with subsequent tests failing to shed any light on the below-par run.

Sent off the 3-1 favourite to defend his King George crown last month, Might Bite was unable to go with the leaders at the top of the home straight and reportedly bled as he finished a well-beaten seventh behind Clan Des Obeaux, 37 lengths adrift.

Following on from a cumbersome round of jumping when finishing last of five in the Betfair Chase at Haydock, Might Bite has questions to answer.

But nothing has immediately been discovered to help explain this season's efforts by the ten-year-old.

Speaking at Cheltenham on Tuesday, Henderson said: "He's fine and I can't tell you any more because I don't know any more. He exercised yesterday and Toby [Lawes] rode him out for an hour. We can't find anything wrong and the results of the tests came back fine.

"I'm thinking of what to do next and I really don't know. We're considering dozens of things. There is something not right – I think that's fair to say, but where to find it we don't know. We're talking with loads of experts on different subjects."