Castlegrace Paddy: bids to land a first Grade 1 in the Betfair Tingle Creek on Saturday
Alain Barr (racingpost.com/photos)
1 of 1
By Mark Boylan 9:30AM, DEC 4 2020

Trainer Pat Fahy believes Tingle Creek dark horse Castlegrace Paddy is in the form of his life ahead of Saturday's showdown against Altior, with the Carlow-based trainer excited to fly the flag for Ireland in the Betfair-backed Grade 1 at Sandown.

It's been 25 years since Fahy sent out Butches Boy to land the Heineken Gold Cup at Punchestown, but the 60-year-old is certainly still capable of handling top talents when given the correct ammunition, as proved by his exploits with fellow Grade 1 winners Mariah Rollins and Morning Assembly in more recent times.

Castlegrace Paddy, a general 33-1 chance for the Tingle Creek, has already earned over €170,000 in 17 starts under rules, but on ratings he has a fair deal to find given the standard set by the 172-rated Altior. 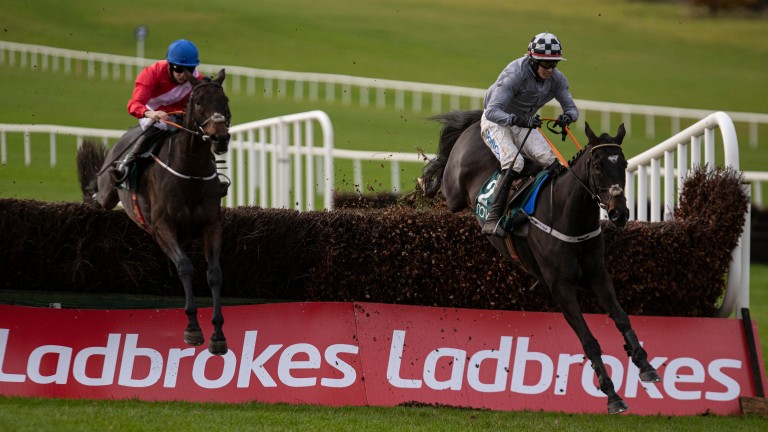 However, the Clipper Logistics-owned nine-year-old, who has won  three Grade 2s, showed his wellbeing with a game success over Cheltenham Festival winner A Plus Tard at Navan last month in the Tote Fortria Chase and is deserving of his place in Saturday's line-up.

Fahy said: "The rain that's forecast is a help to him. He beat a good horse at Navan and came out of the race in great shape. He heads over in tremendous form. I couldn't be happier, he'll never be as well."

Irish-trained runners boast an impressive recent record in the Tingle Creek, responsible for six winners and four seconds from 19 runners over the past 30 years. 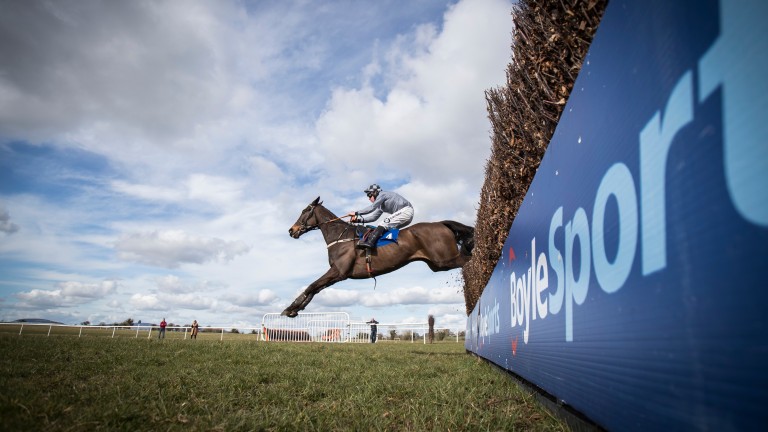 "It'd be lovely to see him being in the mix anyway," said Fahy of the potential for Castlegrace Paddy to join an illustrious roll of honour.

"There's no pressure going over there, which is great, and we're facing some very good horses. He's a good traveller and Bryan [Cooper] will go over to ride."

He added: "I think wearing a tongue-tie has made a difference to him. He's battling better when asked a question and sticking on well to the line.

"In some of his races he may have seemed to cut out a little late on and the vets I've dealt with over the years tell me that a horse can misplace their palate silently. This horse doesn't gurgle or anything but I'll keep a tongue-tie on him."

Castlegrace Paddy will bid to follow in the footsteps of last month's Shloer Chase heroine Put The Kettle On by landing a top British two-mile prize for Ireland this season, and the latter's trainer Henry de Bromhead has suggested the Arkle winner could again cross the Irish Sea this Christmas. 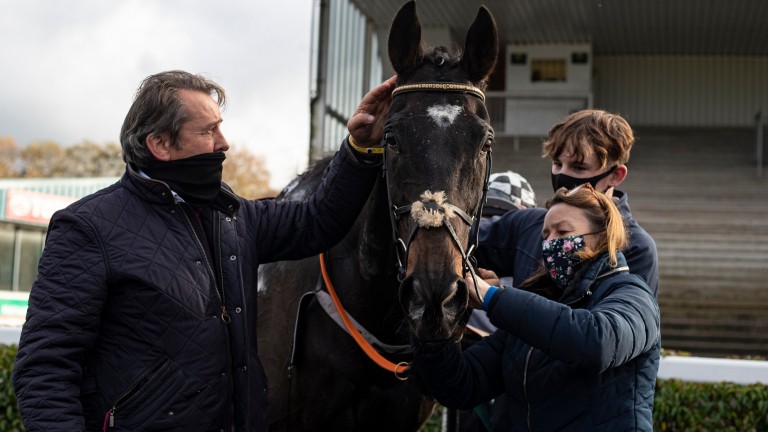 Pat Fahy on Castlegrace Paddy's Tingle Creek challenge: "It'd be lovely to see him being in the mix anyway"
Patrick McCann (racingpost.com/photos)

He said: "She could join Monalee [entered in the King George VI Chase] at Kempton. She's a very tough mare."

The Joseph O'Brien-trained Fakir D'Oudairies had held an entry for the King George but is now set to take up a different festive target at Leopardstown.

O'Brien said: "He has a couple of entries there in Grade 1s over two miles and a furlong [Paddy's Rewards Club Chase] and three miles [Savills Chase], and it's possible we could be leaning towards the longer race."

Confirmed runners and riders for the Tingle Creek

Altior 'miles straighter' for Tingle Creek than when beaten by Cyrname

FIRST PUBLISHED 9:30AM, DEC 4 2020
The rain that's forecast is a help to him. He beat a good horse at Navan and came out of the race in great shape

Ryan Moore: 'I try not to offend anyone but for me it's always about the horses' 'No-one can cope with that volume of rain' - Sandown's evening card abandoned Hollie Doyle rides: can Group 1 star keep up her flying form at Sandown?