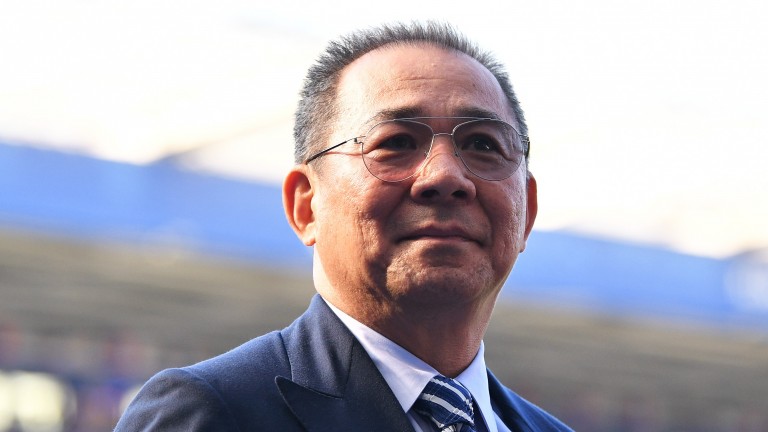 Vichai Srivaddhanaprabha, the Leicester City chairman and leading racehorse owner, died after his helicopter crashed moments after taking off from the King Power Stadium on Saturday, the club confirmed on Sunday night.

A statement from the club read: "It is with the deepest regret and a collective broken heart that we confirm our chairman, Vichai Srivaddhanaprabha, was among those to have tragically lost their lives on Saturday evening when a helicopter carrying him and four other people crashed outside King Power Stadium. None of the five people on board survived.

"The primary thoughts of everyone at the club are with the Srivaddhanaprabha family and the families of all those on board at this time of unspeakable loss.

"In Khun Vichai, the world has lost a great man. A man of kindness, of generosity and a man whose life was defined by the love he devoted to his family and those he so successfully led. Leicester City was a family under his leadership. It is as a family that we will grieve his passing and maintain the pursuit of a vision for the club that is now his legacy."

The 60-year-old was an emerging force in British horseracing, enjoying a handful of Group victories in the last two seasons after big investment in the sport, and was a pivotal figure in revitalising the area's sporting fortunes, including the city's racecourse, track officials said.

However, he is best known for bankrolling Leicester's Premier League triumph in 2015-16, which is among the biggest shocks in sporting history – the Foxes were 5,000-1 shots at the start of that season.

Speaking prior to Sunday night's announcement, Rob Bracken, the racetrack's general manager who got to know Srivaddhanaprabha on his visits to the Oadby venue, said: "He's a really nice, open guy. Everyone likes him and there's always a crowd of people he draws to have selfies with. 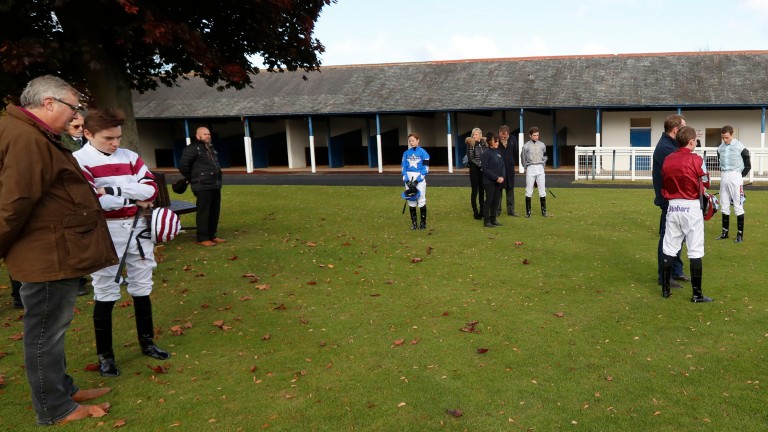 "From working in the city and being involved in the city, the impact the chairman and the club have had is nothing short of fantastic. It's been amazing.

"That 5,000-1 shock lifted the whole city. It gave people a sense of worth and put Leicester back on the map, which is priceless.

"He's also a very philanthropic gentleman, donating millions to a hospital in Leicester, and really engaging with the community, which is unusual – more in his position should be doing that."

Bracken, who has worked at Leicester for five years, said: "If you look at our numbers, we're performing well and our feature days are very strong.

"There's a sense of pride around sport in Leicester with the Riders, a successful basketball team, obviously the Leicester Tigers are right up there in rugby and there's lots of sporting heritage and passion in Leicester, and I think Leicester City have helped catalyse that feeling.

"There's not anyone in the city who has a bad word to say about the club or its chairman."

Srivaddhanaprabha's positive engagement with his team's fans is something Bracken feels racing could learn from.

He continued: "We haven't got any plans at the moment but I'd say we'll do a minute's silence for our meeting tomorrow [Monday]. Our thoughts are with his family and the wider Leicester City family. It's a very sad time.

"I don't live in Leicester, but other racecourse staff do and I've spoken to them. They've been to the ground and there's a huge outpouring of sympathy, respect and concern.

"There are football fans from around the country who have come to the city, and you can't make people do that unless someone's a good person like Mr Srivaddhanaprabha."

Devasting news for Leicester City & King Power. Owner Vichai Srivaddhanaprabha had put a lot into the club, City and more recently racing. Thoughts will his family

Racecourse chairman Nick Lees said: "It's terribly sad news. He came on numerous occasions to the racecourse and he'd take a box with his family, and sometimes he would bring some of the Leicester players with him.

"He first came to the racecourse soon after he took over the football club, and on two of his first three or four visits he bought the winner of the selling race. They were probably the first horses he had in this country.

"He likes his racing here and has supported us. On behalf of the racecourse I'd like to express our sadness at what has happened because he brought a lot of vitality to the whole of Leicester with his ownership of the football club. 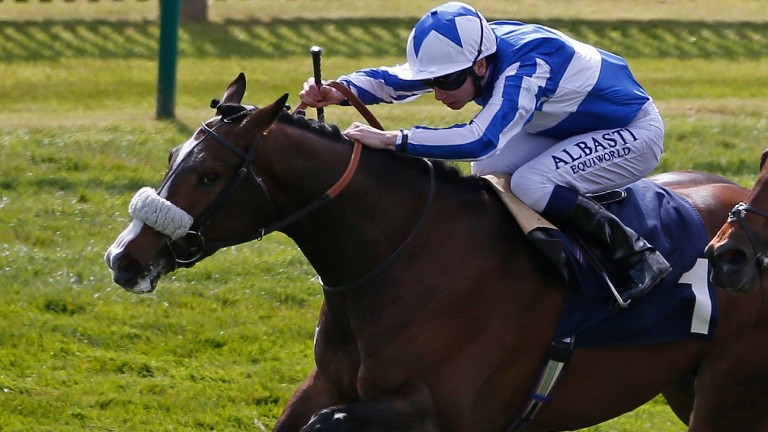 A passionate polo player, Srivaddhanaprabha raced his horses under the banner of King Power Racing Co Ltd, named after the duty-free shopping empire through which he made his £2 billion fortune.

The best of them is multiple Group winner Beat The Bank, whose trainer Andrew Balding has most of the owner's horses, while Ralph Beckett and Richard Hannon, among others, have also received his patronage.

Rob Hornby partnered the Balding-trained Morando, who carried Srivaddhanaprabha's blue and white silks when sharing first place with Young Rascal in the St Simon Stakes at Newbury on Saturday.

"I've met him a couple of times at the races and at the Balding yard and all I can say is he's a gentleman," the rider said on Sunday.

"For a jockey, he never makes your life difficult and very much leaves things to you. There's no pressure, you just ride the horses as you find them.

"It's devastating news. My thoughts are with his family and anyone else connected to the accident."

Hornby, who has enjoyed his best season, added: "He seems to be a real sporting man, whether it's football or racing. He loves the competitiveness of it. He has a will to win, but is very gracious in defeat.

Our thoughts & those of our colleagues around The Jockey Club Group, are with the family & friends of Vichai Srivaddhanaprabha & those who lost their lives in yesterday's events. He was always spoken of in the highest terms and will be much missed

"From the little I know about him I can't say a bad word and he puts so much into the sport. He's achieved a lot in a short space of time and he'd be a big loss to the sport. It's a massive shock."

Hornby also rode Balding's King Power, who cost 2.5 million guineas at Tattersalls last year, into fifth place on her debut at Newbury on Saturday, while stablemate Bye Bye Hong Kong, who was second in the Tattersalls Stakes on his last run, was declared a non-runner in the Group 1 Criterium International at Chantilly on Sunday.

FIRST PUBLISHED 7:33AM, OCT 28 2018
Like most people, I can remember the 5,000-1 shock of the team winning the Premier League, which lifted the whole city