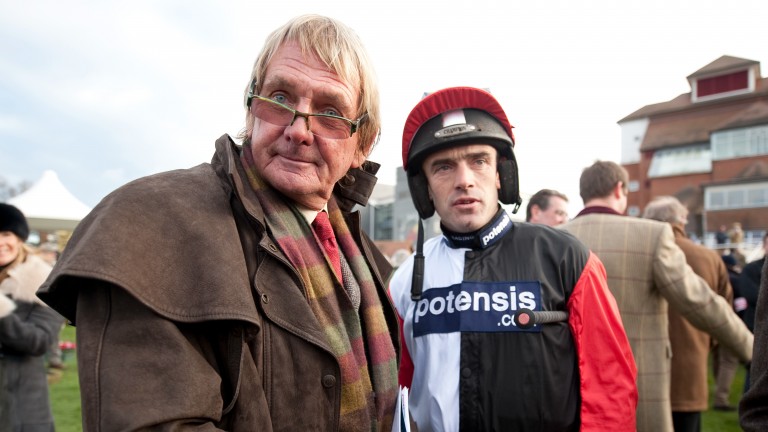 Andy Stewart and Ruby Walsh teamed up during the glory days of top hurdler Big Buck's
Edward Whitaker (racingpost.com/photos)
1 of 1
By James Stevens UPDATED 9:05AM, SEP 14 2021

Ruby Walsh has led more tributes to leading jumps owner Andy Stewart following news of his death on Friday, looking back at the "super days" they shared with the legendary Big Buck's.

The rider was Paul Nicholls' number one jockey between 2002 and 2013 and hailed Stewart's influence on the Ditcheat stable during their dominant period in the sport.

Andy Stewart, owner of legendary hurdler Big Buck's, dies at the age of 70

Walsh said: "We had some super days with Big Buck's, Celestial Halo and many more. Andy loved his racing and Mark, Paul and Judy were all there together as a family and were huge supporters of Ditcheat.

"Big Buck's was an incredible racehorse. When you own as many horses throughout the years as Andy Stewart and the Stewart Family – there's no entitlement in racing – but they were entitled to get a good one at some stage.

"He loved his racing, he lived abroad but made it his business to be back around for when they were running."

Saphir Du Rheu became Stewart's leading talent just months after the retirement of Big Buck's and Sam Twiston-Davies was given the opportunity to ride, partnering him to victory in the Cleeve Hurdle and Mildmay Novices' Chase. The pair would then go on to compete in the Gold Cup and Grand National.

"It's really sad, he was a true character of the sport. He gave a lot back, I remember some of the preview evenings he did before Cheltenham and he did lots for charity too," the jockey said.

"I had some great days on Saphir Du Rheu early on in my career and he let me have a go on Big Buck's. I have a lot of thanks and fond memories and he'll be sorely missed." 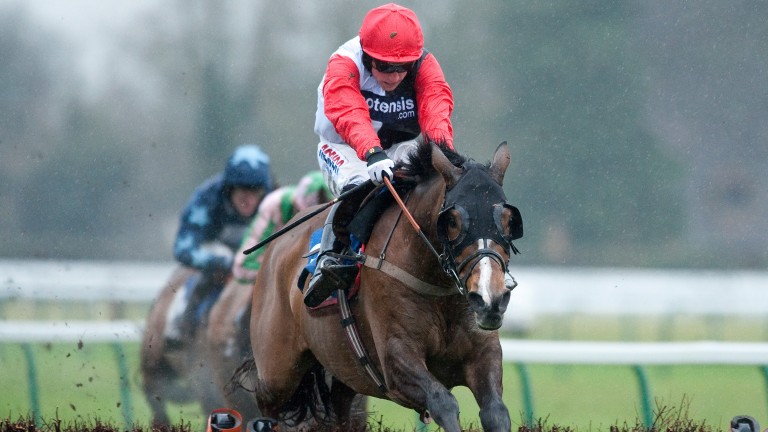 Daryl Jacob rode Celestial Halo among many for Andy Stewart during his spell as number one in Ditcheat.

"It's very sad," Jacob said. "He was a wonderful man and a wonderful character and we had a lot of success together for the five years I was down at Ditcheat. He loved his horses and a was a great competitor.

"Celestial Halo was the highlight for me. I got to ride him quite a lot, was second on him in the Stayers' and won plenty of Grade 2s."

AP McCoy also took to Twitter to pay his respects. He rode Big Buck's twice in 2009, winning on both occasions in the Long Distance and Long Walk Hurdle.

He posted: "So very sad to hear about the passing of Andy Stewart. Andy was an incredibly kind and generous man, a great enthusiast and supporter of jump racing. I was very lucky to share many great days with him and his family. My thoughts are with Judy, Mark & Paul. RIP my friend."

Andy Stewart, owner of legendary hurdler Big Buck's, dies at the age of 70

'He clearly loves all the fuss' - meet and greet the friendly Ouzbeck at Newbury Arc favourite Tarnawa 'in great shape' despite Dermot Weld worries 'We'll probably ride him more aggressively' - Ed Bethell's weekend thoughts Saturday racing preview: Ayr and Newbury in the spotlight 'Everyone needs a day off' - Ed Bethell issues warning over 2022 fixtures 'I didn't even want to leave the house' - how Robert Tart put anxiety behind him