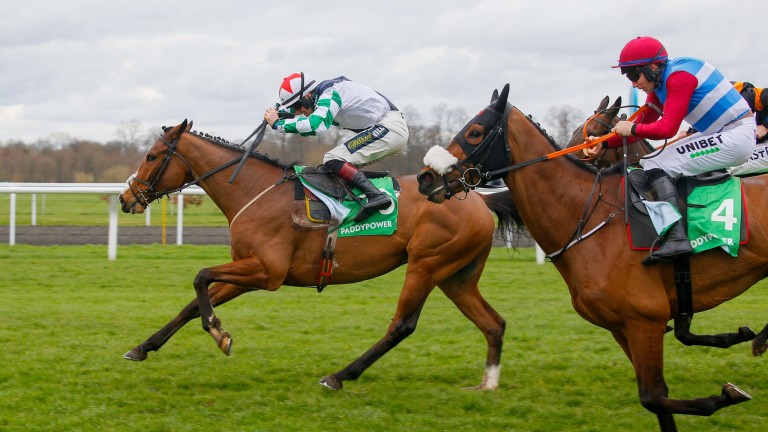 Marcus Buckland and Dave Orton pick out four horses who caught their eye last week. Members can view the race replays and add these horses to their Racing Post Tracker.

Not a member? Click here to join Members Club Ultimate and get unlimited race replays from Britain and Ireland as well as access to our brilliant Horse Tracker.

I was still rubbing the sleep from my eyes when I'm Available ran in the fillies' handicap at Lingfield on Saturday morning, but her luckless display didn't pass me by.

The Stuart Williams-trained four-year-old, who headed the betting at 4-1, missed the break and barely came off the bridle under Rob Hornby having found herself stuck behind weakening rivals in the straight. She finished well when switched outside, but it was much too late and she was beaten two lengths into sixth.

She is currently 5lb above last month's Kempton win but remains very well treated on her best form of last year. [Marcus Buckland]

Charles Hills' Touchwood was beaten by a whisker in the 6f novice stakes and I am confident those losses are only lent.

The son of Invincible Spirit had caught the eye when finishing a never-nearer fourth on his all-weather debut at Kempton last month and was sent off favourite at the weekend on account of that effort.

However, tardily away, he was forced to swing wide into the home straight and, although running on strongly, he found the line coming just too quickly for him.

He clearly has a good amount of ability and should pick up a race in the coming weeks over either six or seven furlongs. [Marcus Buckland]

Our Power deserves a lot of credit when bagging third in a hot handicap on Betfair Chase day at Haydock.

Making up ground from off the pace was a tricky task on both courses that afternoon and therefore his finishing effort, having sat back in midfield, strongly suggests he is ready to add to his hurdling tally.

Still only a five-year-old, he should be suited by going back up in distance on some better ground and can take his form to the next level this season. [Dave Orton]

Steelriver really caught the eye when faced with an impossible task at Wolverhampton.

The veteran sprinter was ridden cold from an awkward draw and it was a race in which the leaders set just ordinary fractions up front. It was clear he had no chance before the final turn, yet the amount of ground he made up after straightening for home was impressive, even though he met some trouble late on.

It might have been his 104th career outing, but there is obviously another race or two in him during the winter. [Dave Orton]

FIRST PUBLISHED 8:04AM, NOV 24 2020
He clearly has a good amount of ability and should pick up a race in the coming weeks