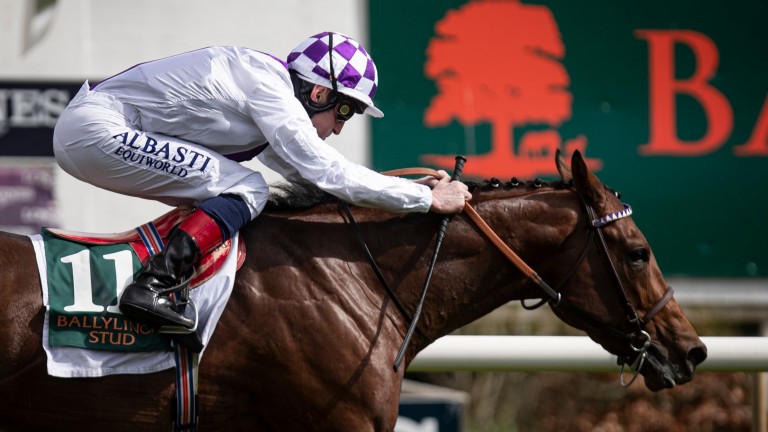 Poetic Flare will continue to carve a remarkable swathe through the top mile races in Europe in Tuesday's St James's Palace Stakes, with his trainer Jim Bolger admitting he has never had another top-class colt that could match his 2,000 Guineas hero in terms of his ability to back up performances in quick succession.

On an opening day of Royal Ascot where Battaash and especially Palace Pier will be very short in the day's other Group 1 races, there was still plenty of 4-1 about Poetic Flare on Sunday as 13 horses were declared for the £350,000 highlight, though Bolger's faith in his Newmarket hero's ability to take such an action-packed schedule may yet concentrate minds.

Bolger is synonymous with ambitious campaigns for his best horses and famously came within a head of pulling off an English-French-Irish 1,000 Guineas treble with Finsceal Beo in 2007.

Poetic Flare took in a similar schedule in the colts' Classics this spring and will on Tuesday be lining up for a fourth Group 1 assignment in 45 days.

Bolger's homebred followed up a hard-fought defeat of Master Of The Seas in the Qipco 2,000 Guineas with a sixth-placed effort in the Poule d'Essai des Poulains, before finding only stablemate Mac Swiney too good in the Tattersalls Irish 2,000 Guineas just six days on from his trip to Paris. 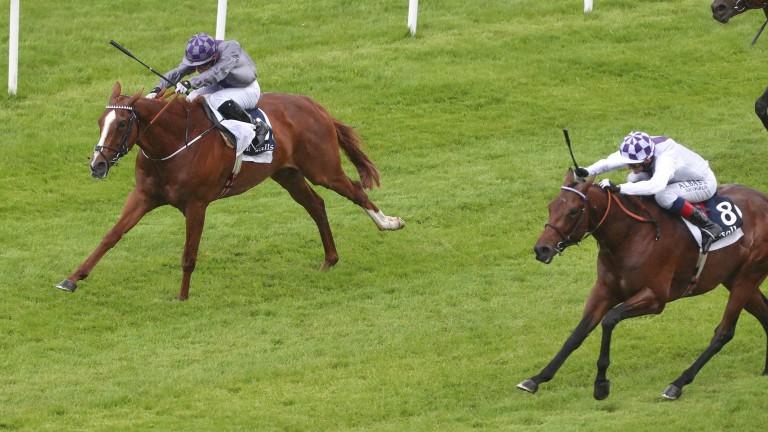 "It's been an extraordinary season, with just one real hiccup [at Longchamp] and another that was self-inflicted at the Curragh," said Bolger. "Nothing went right in the race at Longchamp and we've drawn a line through it.

"He came back very quickly to finish second at the Curragh, so he’s very, very hardy – you couldn't do that with every horse.

"The biggest trouble I have is keeping the weight off him. He’s a great doer, and he still has to do plenty at home, despite the schedule."

Speaking to Qipco British Champions Series, Bolger compared Poetic Flare to some of the other tough horses he has been associated with down the years, including the colt's own sire Dawn Approach, who bounced back from disappointing in the Derby to get the better of a titanic struggle with Toronado in the St James's Palace just 17 days later. 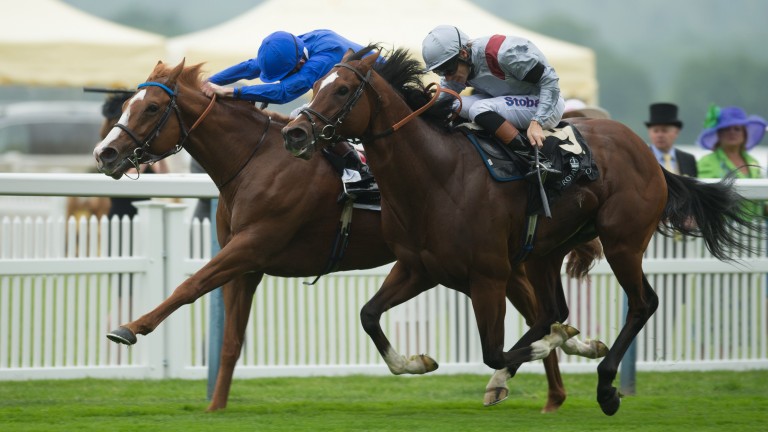 Bolger added: "Dawn Approach was pretty hardy too and took it well, but he wouldn't have been the same as Poetic Flare. I might have had one or two others like him, and I remember when I won the four-year-old hurdle at Aintree in 1978 with Beparoejojo, she had to have a blow out on the morning of the race. But I've never had a colt of his quality who needed as much work as he does.

"He's very well and I think he has a big chance."

Poetic Flare will break under Kevin Manning from stall seven while the Aidan O'Brien-trained trio Battleground – the mount of Ryan Moore – Ontario and Wembley are all inside of him in stalls two, three and four.

O'Brien has won the St James's Palace on eight occasions while Poetic Flare bids to become the 15th winner of the Newmarket Guineas to double up at Ascot since the second world war.

Bolger's first royal meeting success came in 1983 when Flame Of Tara landed the Coronation Stakes, while Dawn Approach's wins in the 2012 Coventry and the 2013 St James's Palace are the two most recent of his eight career strikes.

FIRST PUBLISHED 6:46PM, JUN 13 2021
Dawn Approach was pretty hardy, but he wouldn't have been the same as Poetic Flare. I've never had a colt of his quality who needed as much work