O'Brien v Gosden: Ballydoyle could run up to six against Enable in King George 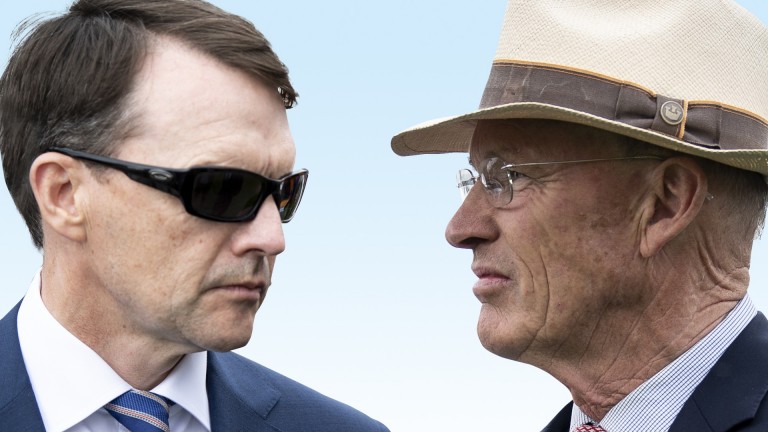 Enable could face a tidal wave of runners from Ballydoyle in her bid for a historic third King George VI and Queen Elizabeth Stakes at Ascot on Saturday as Aidan O'Brien on Monday refused to rule out running all six of his entries.

O'Brien and Enable's trainer John Gosden are the only two handlers that can be represented in Britain's most prestigious all-age mile and a half Group 1, with the Ballydoyle battalion holding the numerical advantage six to two. 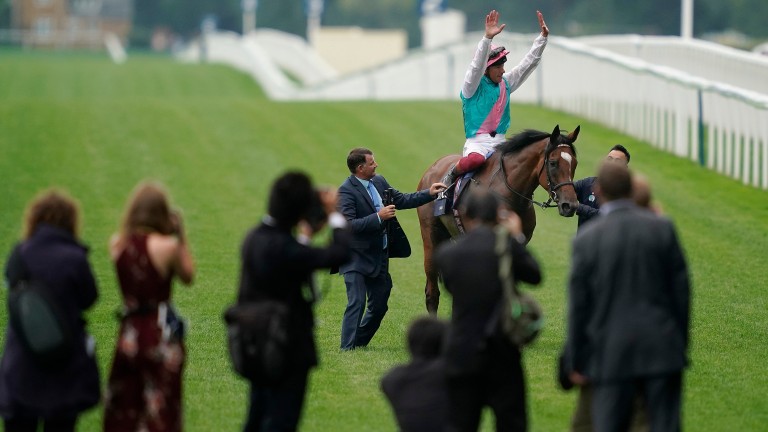 That was not enough to prevent bookmakers' cutting Enable into a shade of odds-on for a potential rematch with old foes Magical and Japan. O'Brien also has the option of running any of Anthony Van Dyck, Magic Wand, Sir Dragonet and Sovereign, while the only other possible runner is Gosden's Hardwicke Stakes winner Fanny Logan.

"We entered six in the race this morning and at this stage they're all possible runners," O'Brien told the Racing Post on Monday. "We'll see how things go but we're happy with how all of them are doing at the moment."

Five-time Group 1 winner Magical has been beaten by Enable on all five meetings, while Japan has trailed Enable home in her two most recent defeats - last season's Arc and the Coral-Eclipse earlier this month – and O'Brien added: "All is good with Magical after her win in the Pretty Polly Stakes. We were happy with both of Japan's runs this year and he seemed to come forward from his first start at Ascot to his second at Sandown."

Neither of the O'Brien-trained Epsom winners, Love or Serpentine, or Irish Derby winner Santiago were given an entry – meaning the Classic generation will not be represented in this year's race. The last time there were no three-year-olds left in contention for the race at the five-day stage was 2008, although there was no early-closing entry stage this year.

Outlining their targets, O'Brien said: "Everything seems to be good with Santiago since the Irish Derby and at the moment we're planning on running him over two miles [in the Goodwood Cup] at Goodwood. We're thinking that Serpentine could go to the Grand Prix de Paris for his next start and we're looking at the Yorkshire Oaks with Love." 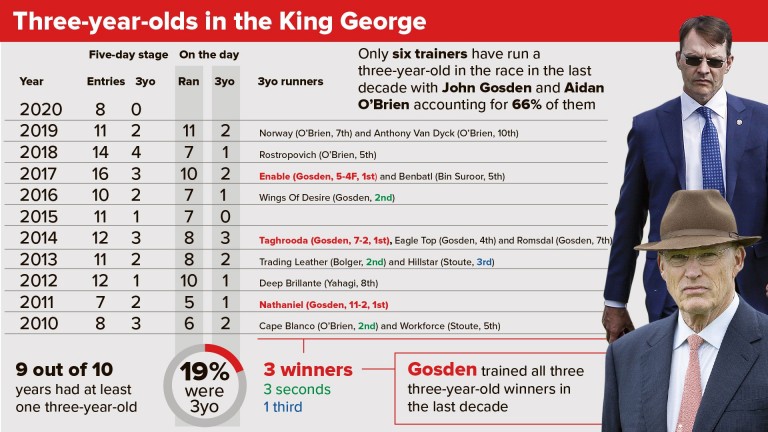 Enable, the Khalid Abdullah-owned darling of British racing, currently sits tied with Dahlia (1973 and 1974) and Swain (1997 and 1998) as one of only three dual winners of the King George VI And Queen Elizabeth Stakes and the 2017 and 2019 winner – she missed the 2018 edition due to injury – could stand alone as the most successful horse in the race's history should she be successful on Saturday.

Enable may have been kept in training for another date with destiny – namely trying to win a third Prix de l'Arc de Triomphe – but such has been her dominance in recent years she has the opportunity to achieve several remarkable feats before this most bizarre of seasons is through.

The six-year-old, whose 12-race winning streak came to an end in last year's Arc when downed by Waldgeist on ground officially described as very soft, is attempting to get back to winning ways after she was beaten by Ghaiyyath on her seasonal reappearance in the Coral-Eclipse.

'Who else could run?' – Nick Smith on the lack of three-year-olds in King George

King George turnout is sad but this is elite sport, not school sports day

King George VI and Queen Elizabeth Stakes: all you need to know for the big day

FIRST PUBLISHED 1:36PM, JUL 20 2020
We entered six in the race this morning and at this stage they're all possible runners

Paddocks could beckon for Astadash after impressive Group 3 success Where was Dettori? Where were the Brits? Irish Champions Weekend felt too Irish Interference rules don't give jockeys or stewards enough credit Think 'trainer form' and everything becomes clear after hectic weekend's action Bolshoi Ballet knocked out of Niel by stewards as Deep Bond powers home in Foy 'We have to try something' - McCullagh calls for false rail at Leopardstown