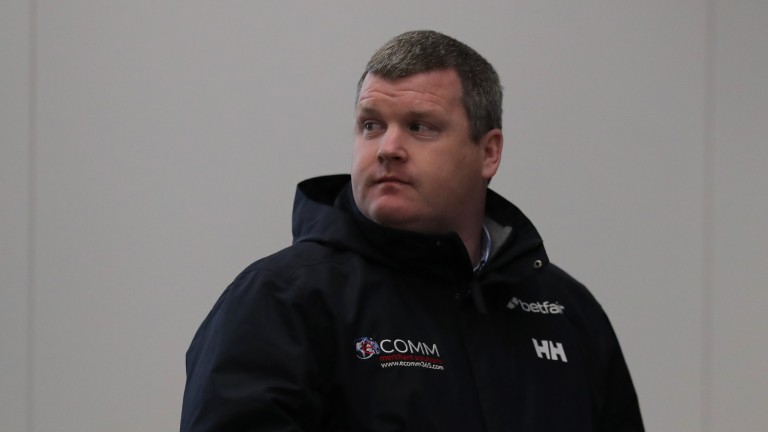 Entries for the nine handicaps at the Cheltenham Festival have been revealed, with numbers markedly down from last year and at their lowest level in the past decade.

A total of 676 horses have been entered compared to 856 for the equivalent races last year, excluding the Northern Trust Novices’ Handicap Chase, which has been replaced in this year’s line-up by the Mrs Paddy Power Mares’ Chase.

The figure is way down on the high of 1,014 entries for the nine races in 2013 and comes amid uncertainty over whether owners will be able to attend this year's festival, with the general public already barred due to Covid-19 restrictions.

Total entries for the Cheltenham Festival's nine handicaps (excluding the novice handicap chase) over the past decade:

Gordon Elliott accounts for more than a quarter of those entries and the Cullentra House trainer dominates many of the betting markets thanks to his 59 entries.

One of his big hopes is the seven-year-old Escaria Ten, who is favourite for the Ultima Handicap Chase on the festival's opening day. Andy Dufresne and Dickie Diver had been rivalling Escaria Ten at the head of the market, but neither featured among the 70 entries.

The British hold stronger claims in the Grand Annual Handicap Chase on day two with the Jonjo O'Neill-trained Sky Pirate the early favourite among 47 entries. 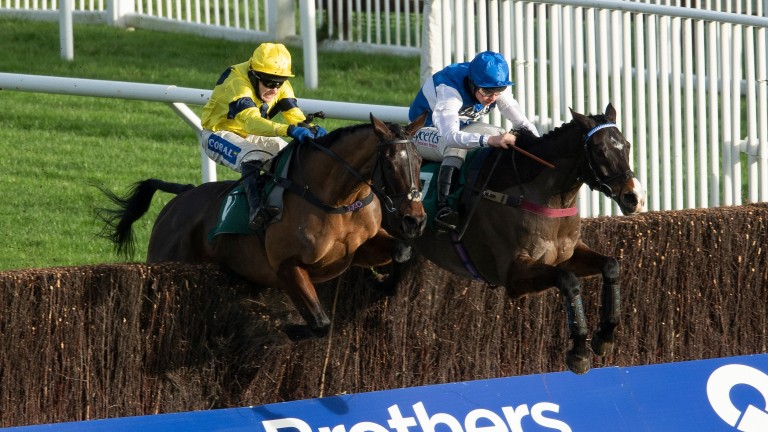 Sky Pirate (left): early favourite for the Grand Annual Handicap Chase
Edward Whitaker (racingpost.com/photos)
A total of 109 horses have been entered in the Coral Cup, in which Elliott's Grade 2 winner Grand Roi is the general 8-1 favourite.

The Gigginstown House Stud-owned Run Wild Fred holds three Cheltenham entries but is most prominent in the betting for the Kim Muir Handicap Chase at a general 8-1, among 65 entries.

The Pertemps Final has the second lowest number of entries with 46 but should be a competitive affair with the three ante-post market leaders The Bosses Oscar, Champagne Platinum and Imperial Alcazar all entered.

Betfair Hurdle 1-2-3 Soaring Glory, Fifty Ball and Edwardstone all have the County Hurdle as an option, where the opposition could include the Willie Mullins-trained pair of Blue Lord and Saldier.

The Martin Pipe Handicap Hurdle, the closing race of the festival, has the highest number of entries with 128, down from 156 in 2020 and a high of 197 in 2013. Wide Receiver, another Elliott-trained contender, heads the betting at a best-priced 10-1.

Weights for the nine handicaps will be revealed next Wednesday, March 3.

McNeill: Triumph hope Tritonic has the right profile to break my festival duck

FIRST PUBLISHED 5:06PM, FEB 24 2021
A total of 676 horses have been entered for the festival’s nine handicaps compared to 856 for the equivalent races last year