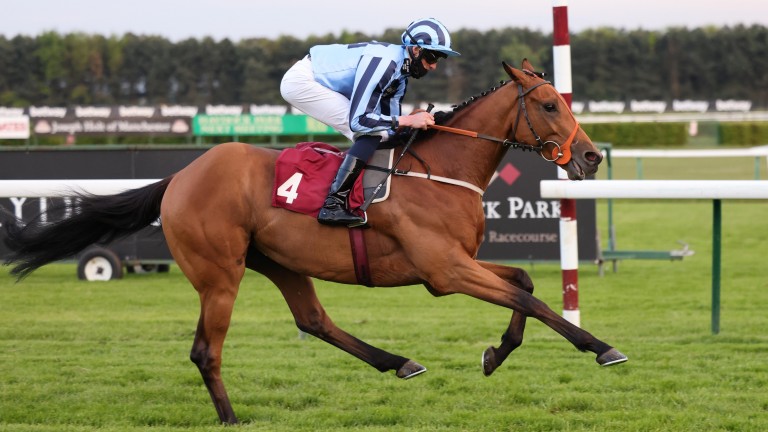 Tashkan: will need rain to run in the Gold Cup at Royal Ascot next month
Grossick (racingpost.com/photos)
1 of 1
By Matt Rennie 4:00PM, MAY 14 2022

Brian Ellison will be reliant on rain if he is to pitch Tashkhan against his Yorkshire Cup conqueror Stradivarius in next month's Ascot Gold Cup.

The four-year-old was one of the most progressive horses of last year, culminating in a fine effort to finish second in the Long Distance Cup on Champions Day, and he put up a solid performance when a three-length third behind legendary stayer Stradivarius at York on Friday.

The ground on the Knavesmire was described good, good to firm in places, but Ellison insisted Tashkhan will not take his chance in the 2m4f Group 1 at Royal Ascot unless there is sufficient rainfall before the race. 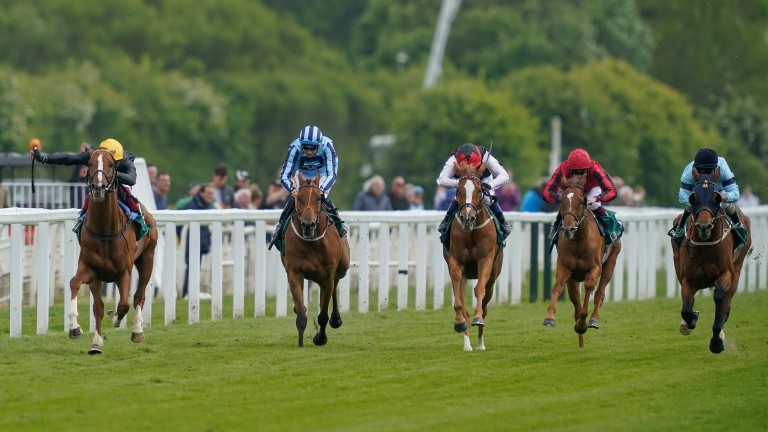 "We're happy with the way he is, he came out of the race well and ate up," he said. "As long as the ground is all right he heads to Ascot, I wouldn't want to run him on the ground like yesterday again. It was clear to me he doesn't like it.

"He wants a bit of juice in the ground and it was quick enough. He ran really well considering he hates it to be only beaten three lengths. We just need that bit of rain for him."

Should that rain, the trainer would relish pitching Tashkhan into another rematch against Stradivarius – with the score at 1-1 having finished in front of him on Champions Day – and his Long Distance Cup conqueror Trueshan, whose trainer Alan King will also be doing a rain dance in the build-up to Royal Ascot.

Ellison added: "We know he gets two miles well and obviously think two and a half in the Gold Cup will suit him, but the ground will be the be-all and end-all. We don't want good to firm.

"It would be a great race. I was really pleased for Stradivarius on Friday. He's a grand horse and is great for Flat racing."

Yorkshire Cup: 'You'll never find one like that' - another memorable win for Stradivarius

FIRST PUBLISHED 4:00PM, MAY 14 2022
We know he gets two miles well and obviously think two and a half in the Gold Cup will suit him, but the ground will be the be-all and end-all

Wesley Ward: 'She was one of my most impressive debut winners of all time' 'He looks certain to improve massively' - Tom Segal with a double-figure fancy 'He's come out of the Yorkshire Cup well' - trainers on their Gold Cup hopes Big-race trends: key stats for the Gold Cup at Royal Ascot Beginning with a bang: Baaeed to kick-start mouthwatering day one at Royal Ascot Ebro River bidding to put himself back in Royal Ascot picture on Chantilly raid