Full-capacity crowds to return to Welsh race meetings next week 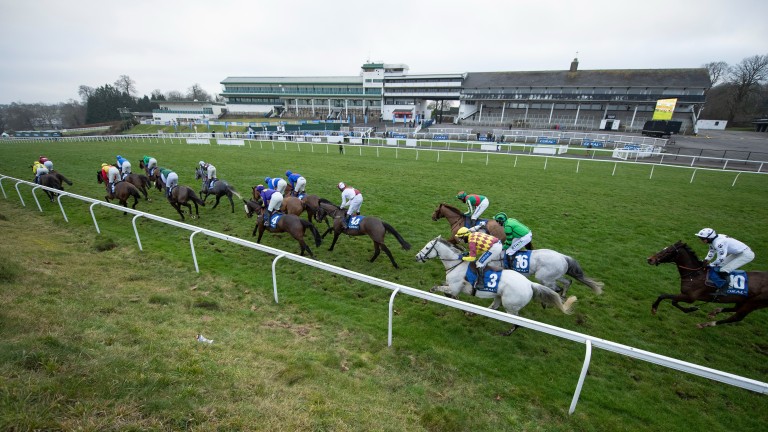 Crowds will be able to return to sporting events in Wales from January 21, depending on Covid-19 cases remaining low, as the government prepares to lift measures that have been in place since last month.

From Saturday, outdoor attendance limits will increase to 500 from 50, with restraints on outdoor spectators removed entirely on January 21, although restrictions will remain on indoor hospitality.

The full lifting of restrictions in Wales is not due to happen until January 28, albeit Covid passes will still be required at this point to attend large-scale events.

Chepstow joined forces with other sporting venues this week in encouraging the Welsh government to lift restrictions and let crowds return.

The easing of restrictions will come too late for Chepstow to fully benefit for its meeting on Monday, although annual members will be permitted to attend alongside owners.

Phil Bell, executive director of Chepstow and Ffos Las, said: "We're allowed to have 500 people outside on Monday, so we're going to admit annual members as well as owners for the meeting.

"It's good news. We were getting increasingly concerned that the Welsh government stance was affecting sale for the next few months as people were unsure what was happening so were holding off booking tickets. With this positive news, we can get the message out that people can come racing."

Prior to Friday’s announcement Wales was set to become the only part of Britain where sport was being staged behind closed doors, with outdoor restrictions easing in Scotland from Monday and never imposed this winter in England.

First minister Mark Drakeford announced just prior to Christmas that sporting events would go behind closed doors in Wales, a bitter blow to Chepstow in particular days before the Coral Welsh Grand National, won by the locally trained Iwilldoit, was due to be held.

But with Omicron cases coming down “rapidly” rules are being relaxed “gradually”, with crowds returning to sporting events from step two of a four-stage process next Friday.

Chepstow’s next fixture after Monday is due to take place on Saturday, February 26. The next meeting at Ffos Las is on Tuesday, February 1, while Bangor’s next card is on Friday, February 11.

Confirmed runners and riders for the Classic Chase at Warwick

FIRST PUBLISHED 10:37AM, JAN 14 2022
With this positive news, we can get the message out that people can come racing