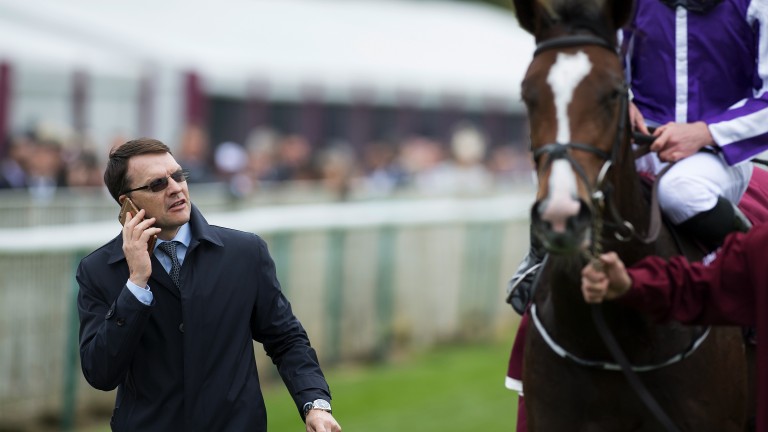 Aidan O'Brien will have four chances in Sunday's Tattersalls Irish 1,000 Guineas, as he bids to win the Curragh Classic for the eighth time.

Should O'Brien succeed, he will become the winningmost trainer in the race, surpassing Hubert Hartigan, who also won the race seven times.

Happily, who was sent off favourite for the British equivalent and finished third behind 66-1 surprise winner Billesdon Brook, leads O'Brien's team.

She will be joined by Clemmie, who has not been seen since winning the Cheveley Park last September. Could It Be Love and Most Gifted complete O'Brien's team.

The trainer had indicated earlier in the week that Magical would miss the race and wait for the Investec Oaks, and that was borne out at declaration time.

Soliloquy, who finished three places behind Happily at Newmarket, is the only British raider, representing Charlie Appleby. Laurens, who was runner-up to Billesdon Brook, did not feature among the final field.

She will instead head to Longchamp on Sunday for the Group 1 Prix Saint-Alary, in which she will take on four rivals.

After much deliberation through the week we decided tonight France for the Group 1 Prix Saimt-Alary. Can't wait to see her over 1m 2f.#laurens https://t.co/k6VeDKCsHc

The other Group 1 on the card, the Tattersalls Gold Cup, has attracted a small but select field of five runners.

Cliffs Of Moher, who returned to winning ways for the first time since last year when scoring last time out at Naas, heads the market.

The betting suggests it will be a two-horse race, with Defoe, unbeaten in two starts this season, the main opposition for Roger Varian.

FIRST PUBLISHED 11:12AM, MAY 25 2018
The trainer had indicated earlier in the week that Magical would wait for the Investec Oaks, and that was borne out at declaration time