Former jockey James Banks has been found dead at his home near Cheltenham. He was 36.

Police were called to his home after Banks did not turn up for work at the Naunton stables of Emma-Jane Bishop, where he has been working since August.

Bishop said: "It's an awful shock. James was part of the family, a part of my life for a long time and like a brother to me.

"He'd ridden most of our horses in his career and came back to us to help out last August.

"Our thoughts are with his family at this time."

His death is almost two years to the day since he called time on his riding career.

Banks, a popular figure in the weighing room, was found on Monday morning. A Gloucestershire police spokesperson said: "Police were called to an address in Naunton, Cheltenham shortly after 9am this morning, Monday, February 3, following a report of a sudden death. 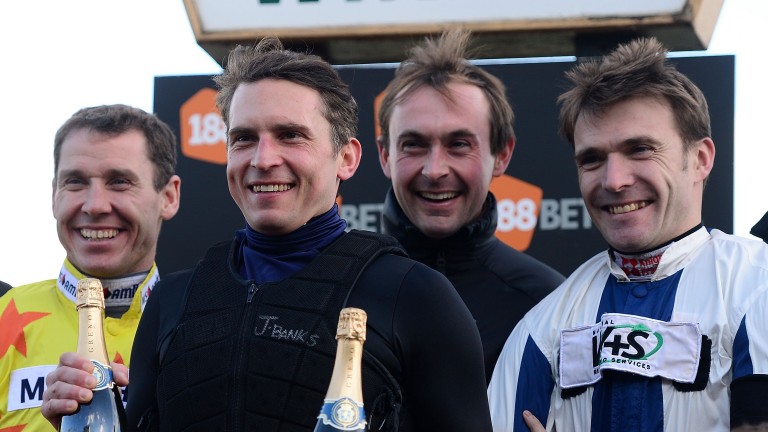 "On arrival, officers found the body of a man believed to be in his thirties. The death is not being treated as suspicious and a report is being prepared for the coroner.”

Banks, whose grandfather Terry Stringer was a Flat jockey and his father Martin an assistant and pre-trainer, rode 85 winners in a career that started on the Flat and developed as an amateur rider before graduating to the senior ranks.

On his retirement at Chepstow two years ago, Banks picked out Michael Flips and The Druids Nephew as the best he rode when both were trained by one of his main supporters Andy Turnell.

Banks had his first ride as a teenage apprentice in 2000 but did not ride his first winner under Rules until nine years later.

One of his highlights when a 7lb-claiming amateur rider was winning on Rustarix, beating Sam Waley-Cohen on Swing Bill in front of the Channel 4 cameras at Cheltenham's November meeting in 2010.

It was not until he was in his 30s that Banks enjoyed his most successful campaign, with his personal best of 24 jump winners from 265 rides coming in the 2015-16 season.

This included a treble at Market Rasen on Boxing Day but the following season the winners dried up to seven from nearly 250 rides and he had ridden four winners, the last on Bajardo for Bishop on December 4, in his final season.

Banks also rode winners at Auteuil and Maisons-Laffitte and landed a double in Germany.

On his retirement Banks initially went to work for Lambourn-based trainer Clive Cox. Cox said on Monday: “It's very sad and our thoughts go out to his family.

“James was always good fun and rode out for us for many years and came to work for us for a while when he finished riding.”