Halved in price: Faugheen backed but Supasundae could stand in his way 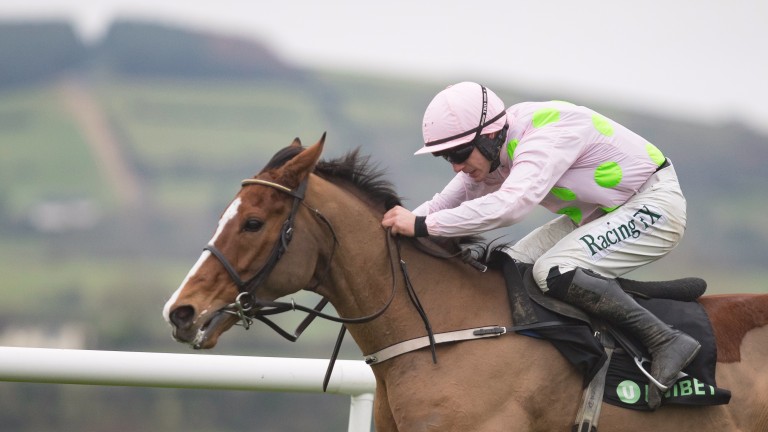 Faugheen halved in price on Wednesday to make a winning return to action back over two miles but faces having to master fellow Grade 1 winners Supasundae and Samcro in what is shaping up to be an epic Morgiana Hurdle.

The 2015 Champion Hurdle winner, last seen winning over three miles at the Punchestown festival, was supported into a general 2-1 (from 4) for Sunday's Unibet-backed contest, having been available at 14-1 on Monday.

Laurina, Melon, Wicklow Brave and Sharjah are other potential runners for Willie Mullins but the move for last year's winner Faugheen suggests he may be the Closutton trainer's main hope in the race he has landed for the past seven years.

Samcro, last season's Ballymore Novices' Hurdle winner, has been earmarked for the race by Gordon Elliott since his shock defeat earlier this month, and now Supasundae, last season's Stayers' Hurdle and Aintree Hurdle runner-up who gained compensation at the Punchestown festival, is being readied to join him. 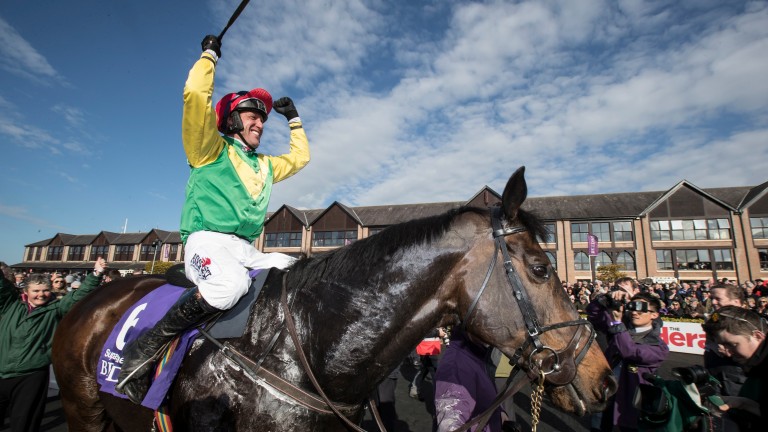 Supasundae: a general 8-1 chance for the Unibet Morgiana Hurdle
Patrick McCann / racingpost.com/photos
Supasundae won two Grade 1 hurdles last season, accounting for Faugheen in the BHP Irish Champion Hurdle at Leopardstown before landing the Betdaq-sponsored equivalent at Punchestown in April when Samcro and Melon fell three out, yet on Wednesday remained overlooked at odds of 8-1.

Speaking at Exeter on Wednesday, where he rode a treble, regular  pilot Robbie Power said about the Jessica Harrington-trained hope: “The plan is for Supasundae to run at Punchestown on Sunday. It's very ground dependent though and if it’s too quick he won't go.

“I'm at Jessie’s in the morning and a decision will be made tomorrow or Friday morning.”

Samcro's involvement is also dependent on the ground, which on Wednesday was good, good to yielding after 4.5mm of rain overnight. A dry forecast means watering is being considered.

Samcro was on Wednesday a joint top-priced 4-5 with Betfair, whose spokesman Barry Orr said: "The big move in the race has been Faugheen as he was 14-1 in the ante-post book and he's now as short as 2-1 – we were 4-1 on Tuesday but had to cut those odds.

"From the action we're seeing on the race, it would suggest that Faugheen will run and Melon won't. Given how strong he is, I'd infer that Melon and Laurina probably won't show up and he'll be the main Willie Mullins-trained runner in the race."

Gigginstown warn Samcro will miss Morgiana if ground is too fast

Despite Gigginstown's Eddie O'Leary on Tuesday suggesting Samcro would not run at Punchestown if the ground wasn't juicy enough, support for the promising young hurdler has not dried up.

Orr said: "We were offering 11-8 on Samcro after he got beaten in the WKD Hurdle at Down Royal, then we were 5-6. He's 4-5 now and that's more of a defensive position than anything else as it looks like he and Faugheen will definitely stand their ground."

Paddy Power's Paul Binfield said: "Faugheen was 14-1 at the beginning of the week and is now 2-1 which would indicate that he's showing some of his past brilliance at home and he'll likely put up a bold bid against Samcro in an effort to repeat last year's win. Melon has been friendless."

Coral have introduced Faugheen into their Champion Hurdle betting at 25-1 following interest.

The firm's spokesman David Stevens said: "Although Faugheen's last run – and win – was over three miles, the former Champion hurdler could begin his new season over two miles this weekend.

"As a result, we've had requests for odds on him repeating that 2015 triumph, and have installed him at 25-1 for next March's race."

FIRST PUBLISHED 2:04PM, NOV 14 2018
From the action we're seeing on the race, it would suggest that Faugheen will run and Melon won't