Fact check: did Newbury shut as a vaccine hub to let racing go ahead? 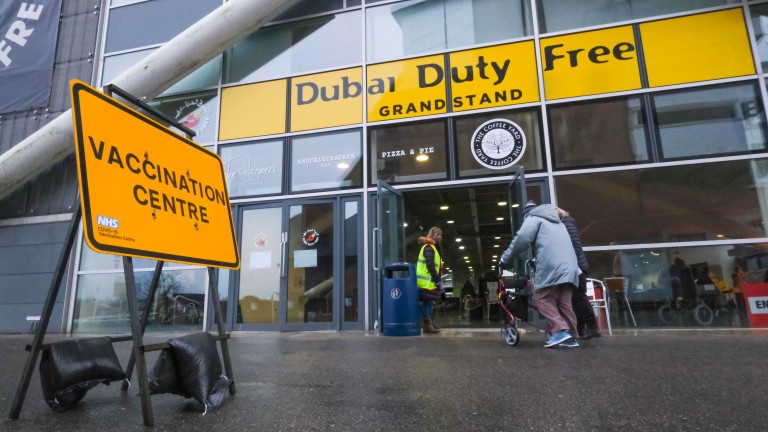 On Tuesday, BBC South News was one of several media outlets to report that Newbury racecourse had temporarily shut as a Covid-19 vaccination hub "to allow horseracing to go ahead", prompting hundreds of social media users to criticise the track for not prioritising the vaccination programme.

Given racing's widespread efforts to assist the vaccine rollout – several racecourses are being used as hubs for its delivery – the backlash has frustrated many in the sport, but is the criticism warranted? The Racing Post looked at the facts.

Did the hub shut because of racing?

Racing cannot go ahead while the vaccine centre is in operation but the hub is not providing jabs seven days a week, so the NHS and track have worked around the two fixtures Newbury hosts over the next 42 days.

Can vaccinations take place while racing is on?

Not at the moment, but that could soon change. Initially it was made clear that under the BHA and government guidance for elite sport, the vaccination centre could not operate on live racedays with Newbury's current layout.

However, following a successful first week for the vaccination centre and positive feedback from patients, there is now an established operation model that the NHS wish to use moving forward.

Newbury racecourse has said it will talk to the BHA to see if "an exception can be made to the regulations for future racedays, allowing the vaccination centre to operate alongside racing if required".

The BHA has said "it would consider any such proposal from Newbury and work with them on possible arrangements for future racedays".

It added: "The BHA supports the idea that the vaccination service is a national priority and therefore the aim is to make arrangements which allow racing events to take place alongside the vaccination rollout where possible."

Could the hub have been in operation on Wednesday?

Not according to a local GP, who tweeted on Tuesday evening to say the closure would have no impact as "we can't vaccinate if we don't have the vaccine".

They also added "we took the 1,170 we had delivered yesterday and rather than hold clinics today and tomorrow, we did all 1,170 vaccinations today [Tuesday]. We get no more vaccine until Thursday".

There has been a bit of negative press about the vaccination site having to close for racing. Just need to say it really is not a problem and @NewburyRacing are bending over backwards to help us run a smooth centre. Closure tomorrow will have NO impact

We can’t vaccinate if we don’t have vaccine. We took the 1170 doses we had delivered yesterday and rather than hold clinics today and tomorrow we did all 1170 vaccinations today. We get no more vaccine until Thursday #notrocketscience

On which other dates is Newbury due to race in the coming months and will the vaccination centre be open on those days?

Newbury's next raceday is Betfair Hurdle day on Saturday, February 13, a fixture live on ITV. Four fixtures are due to be held at the Berkshire course in March – March 5, 6, 26 and 27, followed by two dates in April and a further two in May.

Given the information above, it is not yet known whether Newbury racecourse will operate as a vaccination centre on the day of future race meetings. However, Newbury's statement indicates a desire to do so on its part "if required", while the BHA's statement shows it is open to finding a workable arrangement. 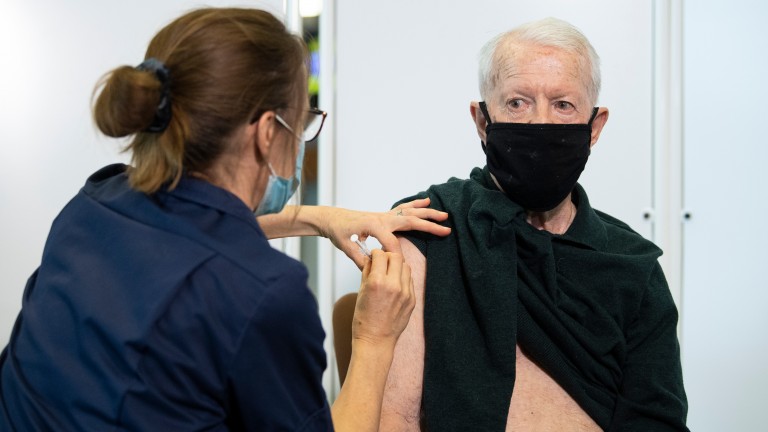 Newbury is one of six racecourses playing its part as a vaccination centre including Epsom, where Derby-winning jockey Geoff Lewis received his vaccination
Edward Whitaker

What else has Newbury said?

In a statement on Tuesday, the course said: "Newbury racecourse is extremely proud to play a small part in the fight against Covid-19 capitalising on the abundance of space we have to offer.

"We have played a role throughout the pandemic as a community hub, acting as a Primary Care Unit during the first lockdown and operating a Meals on Wheels service to some of the most vulnerable and elderly in the area.

"Together with West Berks NHS, the local GP surgeries and the host of volunteers, we remain completely committed to supporting the local community and surrounding area during this challenging time."

Is racing supporting the vaccination programme in other ways?

Yes, it is. On Sunday, Taunton became the sixth course to be announced as a vaccination centre in addition to Epsom, Beverley, Leicester, Newbury and Newcastle. Leicester has been able to keep its centre open while racing as the exhibition centre is separate from the main racecourse facility.

Beverley joins fight against coronavirus to serve as a vaccination centre

FIRST PUBLISHED 3:31PM, JAN 20 2021
We're now able to approach the BHA to see if an exception can be made to the regulations for future racedays

'I told everyone to back her' - hear all about the mum who won on a 66-1 shot 'She won't run at Ascot' - Prescott eyes fresh Group 1 target for Alpinista 'Possibly the best we have ever had in Ballydoyle' - St Mark's Basilica retired 'The ability to settle and then sprint made St Mark's Basilica a rare commodity' 'We've got fuel for 48 hours' - transport firm warns shortages could hit racing Racing Postcast: weekend reflections and big-race tips for the Arc