Evan Williams hopes his progressive six-year-old hurdler Silver Streak can outrun current odds of 50-1 and pinch a place in the Unibet Champion Hurdle.

One of 27 entries revealed on Wednesday for the Cheltenham Festival showpiece on March 12, spearheaded by dual champion Buveur D’Air, 11-8 favourite with the sponsor, Silver Streak has improved out of all recognition since starting life in handicaps off a mark of 96 at Taunton in December 2016.

He is now rated 156 after five wins and a last-time-out second to Brain Power in the Grade 2 International Hurdle.

“The beauty of National Hunt racing is that we’ve all got a chance,” said Williams. “Silver Streak is owned by a farmer in Lancashire, and now we’re living the dream. We certainly didn’t think we’d end up where we are after he won that first race for us at Taunton.”

Silver Streak was weak and backward when trained by Ann Duffield at the beginning of his career.

Williams said: “Full credit to Ann and to Les Fell, his owner, who has looked after him over the last two summers.

“He wasn’t a Flat horse, but should have been. He was beautifully handled by Ann, who allowed him plenty of time to fill into his frame.

“And Les has done as good a job with the horse as me. He gave Silver Streak a couple of good, old-fashioned summers out with ponies and cattle, and he's thrived for it.” 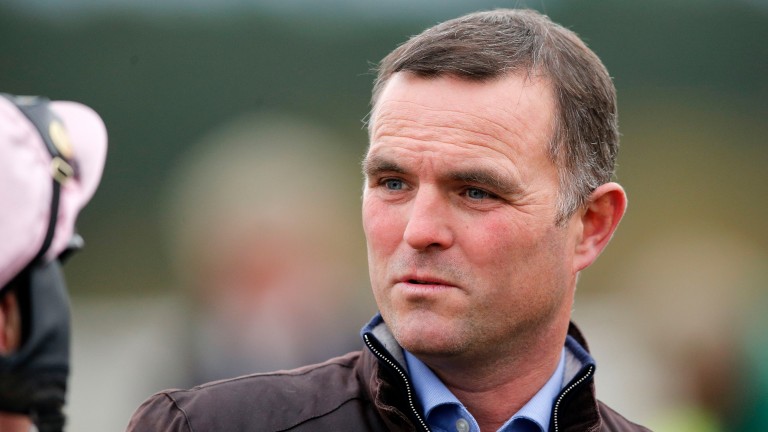 More clues should come on Saturday at Haydock when Silver Streak is due to have another pop at Brain Power in the Grade 2 The New One Unibet Hurdle. Williams said: "Saturday will tell us a lot."

The Champion Hurdle is usually run at a scorching gallop and the trainer believes that will play to Silver Streak’s strengths at Cheltenham – as long as he pays more respect to his hurdles.

“He needs a real good gallop,” he said. “They haven’t gone fast enough for him the last twice. He’s a strong horse and thinks he can break a hurdle, get away with it, and still win.

"He’s been able to do that in handicaps, but he won’t get away with that sort of thing in a Champion Hurdle.

“We’ve just got to iron out a few of those things. He’s a lovely young horse who's still improving.”

There are 12 Irish-trained entries for the Champion Hurdle, featuring five from the Willie Mullins stable – Laurina, who is a likely runner at this stage, Cilaos Emery, Melon, Saldier and Sharjah – and four from Gordon Elliott, including Samcro, although there are major doubts about his participation.

FIRST PUBLISHED 5:17PM, JAN 16 2019
The beauty of national hunt racing is that we?ve all got a chance