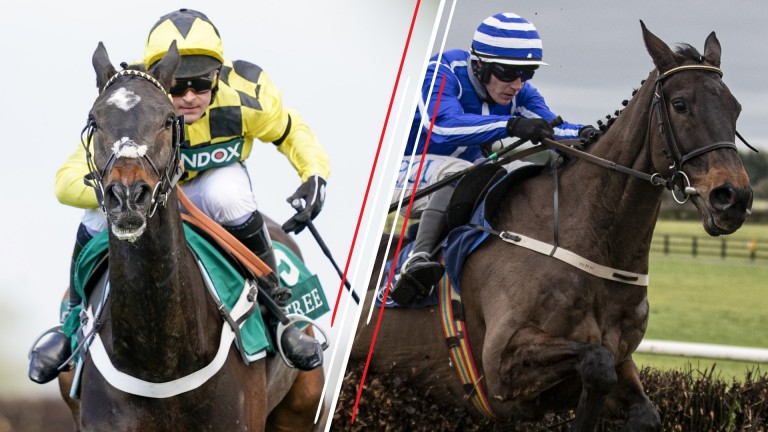 The titanic clash between superstar chasers Shishkin and Energumene is on after both horses were declared for Saturday's SBK Clarence House Chase (3.35) at Ascot.

Last year's winner First Flow and Amoola Gold were also declared, with Hitman the only absentee.

The pair of unbeaten chasers will face off for the first time, having initially been set to clash in last year's Arkle at the Cheltenham Festival before Energumene missed the race due to lameness.

Coral have priced up the big race after declarations, with Shishkin heading the betting at 8-13 and Energumene available at 15-8 second-favourite.

Coral's David Stevens said: "It's fantastic the clash all fans wanted to see will be taking place at Ascot, and while there are only four runners lining up for this year's Clarence House Chase, that will in no way detract from what will be a must-watch event.

"Shishkin is odds-on favourite to extend his winning run over fences, but Energumene has shortened into 15-8 (from 9-4) this week, while last year's winner, First Flow, adds extra spice to this eagerly anticipated contest." 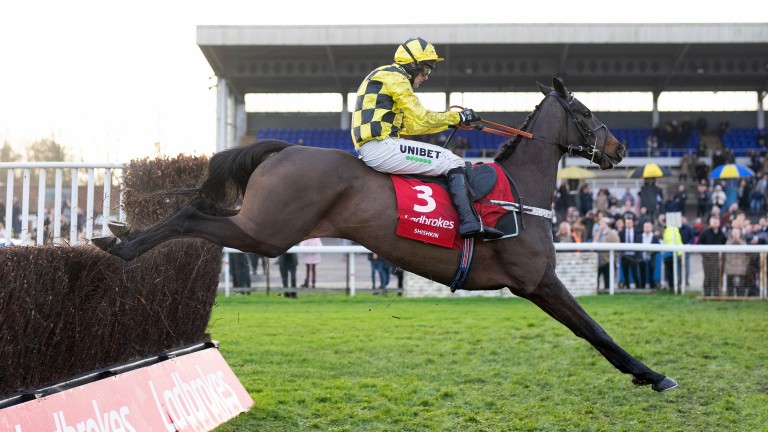 Shishkin: made a successful return in the Desert Orchid Chase at Kempton at Christmas
Edward Whitaker (racingpost.com/photos)

Shishkin, a dual Cheltenham Festival winner, and Energumene arrive with unbeaten records over fences and have only been beaten once each from a combined 19 starts under rules.

The Nicky Henderson-trained Shishkin made a belated return in the Desert Orchid Chase at Kempton last month, trouncing Tingle Creek winner Greaneteen by ten lengths and posting a joint-best Racing Post Rating of 175 on his first start outside of novice company.

Henderson had the option of this Grade 1 event or the Game Spirit Chase at Newbury next month, a likely target for Hitman, for the Joe and Marie Donnelly-owned Shishkin, with the star chaser coming through his recent preparations with flying colours.

Energumene, owned by Brighton and Hove Albion chairman Tony Bloom, will be having his first start in Britain. He landed the Hilly Way Chase on his reappearance at Cork last month, earning a Racing Post Rating of 174.

The dual Grade 1 winner, trained by Willie Mullins, was beaten on his stable debut in a Navan bumper in 2019 but won his next seven starts.

Shishkin's regular rider Nico de Boinville will once again be in the saddle, while Paul Townend will be reunited with Energumene, who was ridden by Sean O'Keeffe at Cork. 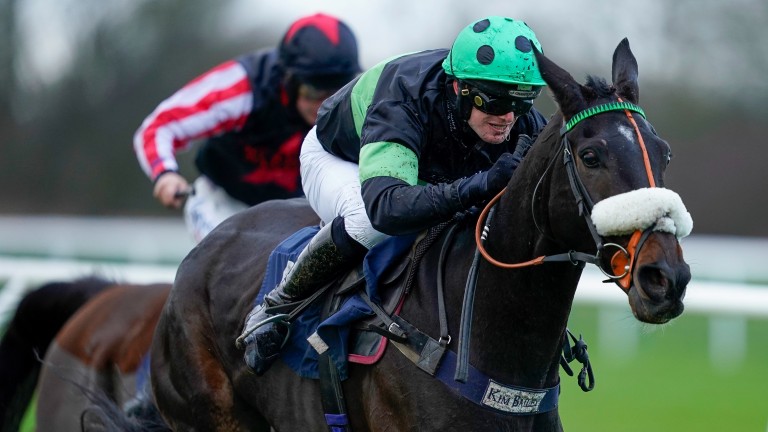 First Flow, the mount of David Bass, beat Politologue and Waiting Patiently in this race last year for a first top-level success and returned with an impressive win in the Peterborough Chase at Huntingdon last month.

Amoola Gold, trained by Dan Skelton and ridden by the trainer's brother Harry, is a dual winner and runner-up from four starts at Ascot but has 20lb to find with the market principals on official ratings.

The Clarence House Chase was a handicap until 2006, with Tamarinbleu winning the first running as a Grade 1 two years later after the race was waterlogged off in 2007. Henderson has landed the race twice as a top-level contest with Sprinter Sacre (2013) and Altior (2019), while Mullins enjoyed a hat-trick with Un De Sceaux between 2016 and 2018.

Townend and Mullins also team up on the undercard with My Sister Sarah in the Grade 2 SBK Mares' Hurdle, with her five rivals including Molly Ollys Wishes and Western Victory.

Supreme third favourite Jonbon (1.25) will have to defy a penalty in the Sky Bet Supreme Trial Rossington Main Novices' Hurdle at Haydock. He is partnered by Aidan Coleman and Might I, runner-up to Constitution Hill at Sandown in December, looks the chief threat.

Tommy's Oscar (2.00) is the one to beat on official ratings in The New One Unibet Hurdle, a Champion Hurdle trial, and Royale Pagaille (2.35) bids for back-to-back wins in the Peter Marsh Chase off a 7lb higher mark.

Early tip: Shishkin will have too much pace

Energumene is an exciting horse but I've felt that he might be more effective over two and a half miles for a while and Shishkin will probably have too much pace for him. Shishkin has passed every test with flying colours over fences and will probably have even more to offer when faced with a stiff challenge. He gets that this weekend and can prove up to the mark.
Graeme Rodway, deputy betting editor

FIRST PUBLISHED 9:55AM, JAN 20 2022
It's fantastic the clash all fans wanted to see will be taking place at Ascot

John Durkan card could move while freeze threatens Energumene's Cork return A Gold Cup bid for Shishkin? That's not as fanciful as it sounds Henderson sends Epatante to International Hurdle over Constitution Hill rematch 'I might be tough but I didn't like it' - vindicated King savours famous triumph Shishkin set for 'hike in trip' as Nicky Henderson ponders next move 'We're anxious based on the forecast' - worry for Punchestown's John Durkan card