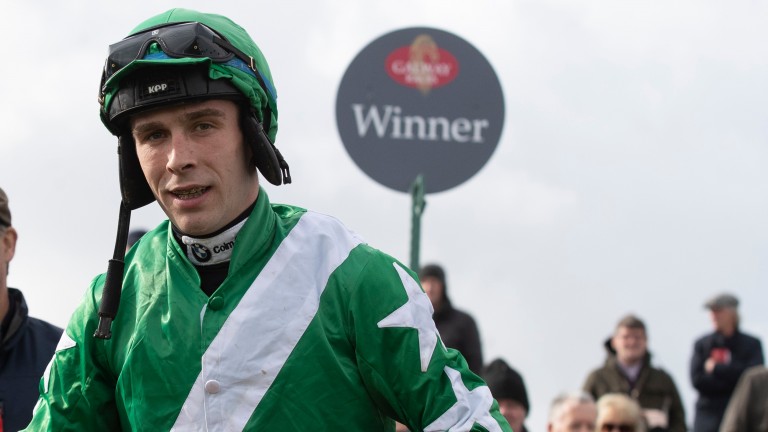 Kevin Brouder has been hit with a €500 fine and an eight-week ban for breaching Covid-19 regulations by bringing a female passenger to Galway on Monday who had not completed the required pre-race health screening.

The Irish Horseracing Regulatory Board said the 23-year-old jockey, who won the Mayo National at Ballinrobe on Sunday on the Charles Byrnes-trained Doctor Duffy, acted in a manner that was prejudicial to the integrity and good reputation of racing.

The case was heard at Kilbeggan on Friday morning. Frank Lannon, the IHRB Covid-19 officer on duty at Galway on Monday, claimed Brouder had wrongfully gained an admission wristband for a female passenger travelling with him.

Lannon said Brouder had carried out correct screening procedures before gaining admission to the racecourse, but quickly returned to the entrance area after claiming to have lost his wristband and seeking a replacement, which was given to him by the IHRB security officer.

Later at the evening fixture, a passenger was observed in Brouder's car within the enclosures and in possession of a wristband.

The passenger admitted to having gained access to the racecourse enclosures with the rider and confirmed she had not received health screening clearance for the fixture.

Brouder admitted he had wrongfully claimed an admission wristband for his passenger and brought her within the enclosure area.

At an IHRB disciplinary hearing on Friday morning, Brouder was given a hefty eight-week ban and a €500 fine. He could not be contacted for comment and it was not known whether he intended to appeal the decision.

FIRST PUBLISHED 5:00PM, SEP 11 2020
Brouder acted in a manner which was prejudicial to the integrity and good reputation of racing