Legendary trainer Edward O'Grady believes racing has become "antiseptic" and the Cheltenham Festival a "commercial jamboree" as he reflected on the sweeping changes he has witnessed during 50 years in the sport.

Speaking to the Racing Post as part of a major interview in Sunday's newspaper to mark the 50th anniversary of his first winner next week, O'Grady was in forthright mood as he discussed Jim Bolger's doping allegations, the dominance of the big yards in Ireland and his own future.

The 72-year-old still hopes to be back among the winners at the Cheltenham Festival but feels the March extravaganza has changed beyond recognition since its days as a three-day affair, when he achieved the first 17 of his 18 festival winners.

"You look at Willie Mullins or Gordon Elliott; either could have more runners at a single festival than I have had there in my life," he said. "I remember Willie saying one year that he wouldn't be as strong, that he'd only have about 50 or so going over – my God!

"The whole thing has changed with the extra day and the extra races. It's not the same, and I'd like to think we had the best of it as a three-day festival. I think it has become a commercial jamboree." 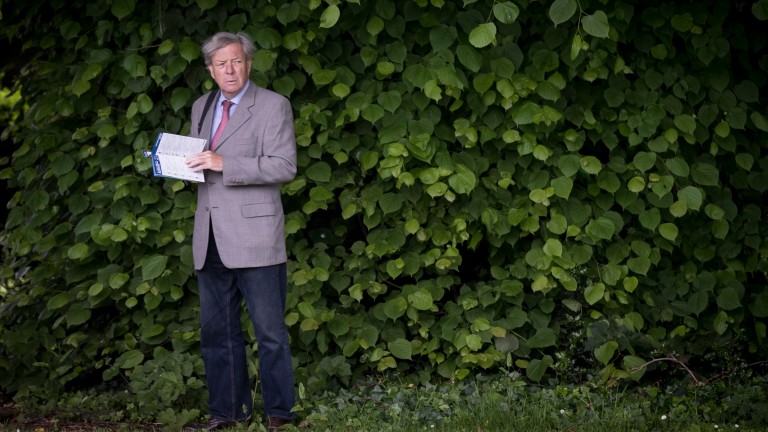 Edward O'Grady: believes racing is "extraordinarily different" to the past
Patrick McCann (racingpost.com/photos)

O'Grady has similar feelings when he reflects on the sport as a whole.

"Racing took place on the racecourse, and consequently it was the place to be," he explained. "It was the place where you met people, where the bookmakers and punters met.

"Today, everything is online. It has become so antiseptic, so extraordinarily different. It was a sport and I trained to make a living out of it, but nowadays it has become so commercial.

"You have guys pinhooking foals, buying yearlings to breeze or sell as three-year-olds, buying point-to-pointers to sell on, and then you have the unseen masses of punters, a huge population, that sit there, completely out of sight. There are positives and negatives everywhere but it is extraordinarily different, that's for sure."

Read more from Edward O'Grady in the Big Read, available online for Members' Club Ultimate subscribers from 6pm on Saturday or in Sunday's Racing Post newspaper. Click here to sign up.

FIRST PUBLISHED 3:00PM, JAN 21 2022
The whole thing has changed with the extra day and the extra races. It's not the same