Latest LOSS OF A FAVOURITE 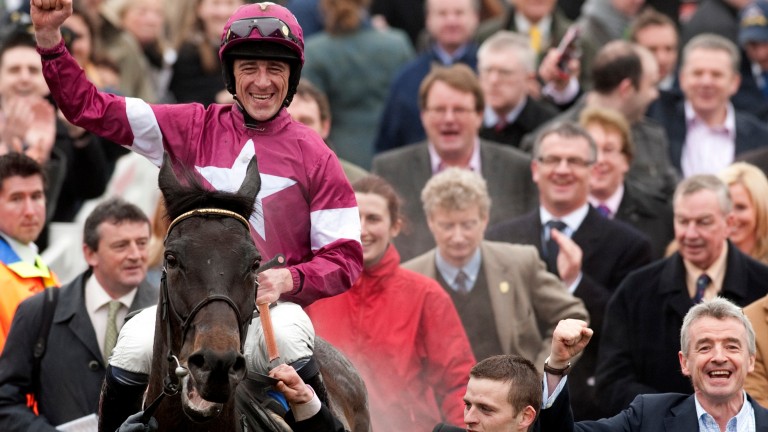 Sir Des Champs and Davy Russell return in triumph after winning the Jewson Novices' Chase
Edward Whitaker
1 of 1
By Brian Sheerin UPDATED 9:34AM, MAY 21 2018

The 2013 Gold Cup runner-up Sir Des Champs, who won twice at the Cheltenham Festival and three times at the highest level, has been remembered as a "huge talent" by former owners Gigginstown House Stud after he suffered a fatal injury in a point-to-point.

The 12-year-old, a tremendously gritty performer who announced himself as an exciting staying prospect when coming from nowhere to win the 2011 Martin Pipe Handicap Hurdle at the festival, had been running well of late in point-to-points for trainer Pat Doyle.

He was trained by Willie Mullins to win at the festival in both 2011 and 2012, when he landed the Jewson Novices' Chase, while the following year he was beaten seven lengths into second by Bobs Worth in the Gold Cup.

Sir Des Champs overcame a career-threatening tendon injury later in 2013 to make a winning return in a Listed chase at Thurles in December 2015.

While he never managed to recapture his best form he built up a good partnership in points with Doyle’s daughter Suzy.

Despite the organisation no longer owning Sir Des Champs, Gigginstown’s Eddie O’Leary paid his respects on Sunday, saying: “He went out on his shield. Sir Des Champs was a great horse for us, a huge talent, and almost won the Gold Cup in 2013. He was enjoying his racing and Suzy got on really well with him.”

Indeed, Sir Des Champs, carrying the silks of Doyle’s wife Mary, was in the process of running another big race on Friday before being fatally injured approaching the third-last of the ladies' open at Necarne. It is understood he fractured a leg.