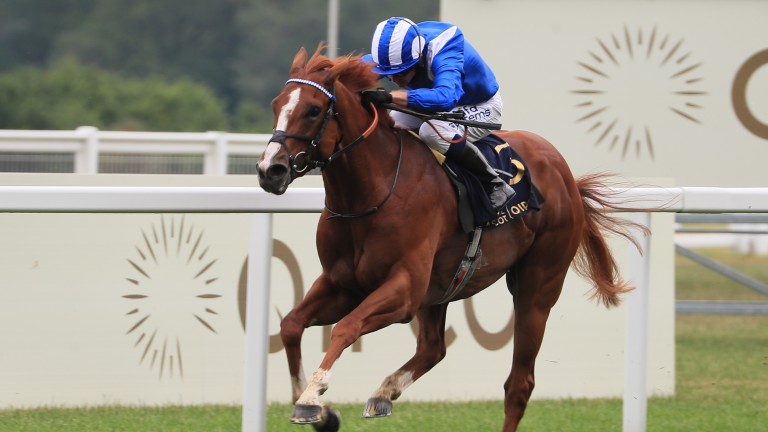 Mohaafeth: will be aimed at the Group 1 Dubai Turf in March
Mark Cranham
1 of 1
By David Milnes, Newmarket correspondent UPDATED 3:05PM, DEC 9 2021

Classy Flat performer Mohaafeth will lead a select William Haggas task force to the Middle East in the new year.

The Shadwell Estate-owned three-year-old will be targeted at the Group 1 Dubai Turf at Meydan in March for which he has an opening quote of 6-1 from Paddy Power.

The $6 million race over 1m1f, won last year by the John Gosden-trained Lord North, could play to the strengths of Mohaafeth, who racked up four straight wins in the first part of last season, culminating in his success in the Group 3 Hampton Court Stakes over 1m2f at Royal Ascot.

After that, the son of Frankel may well have not lasted home over a slightly longer trip at York on his latest two outings, most recently behind Mishriff in the Group 1 Juddmonte International in August.

Haggas said: “Mohaafeth is in good shape after a break and the plan would be to target the Dubai Turf with him. He’s a bit to prove to be a Group 1 horse, but he’ll go there a fresh horse as he hasn’t run since August. Hopefully, going around Meydan will suit him as will the ground as he likes it good or quicker.” 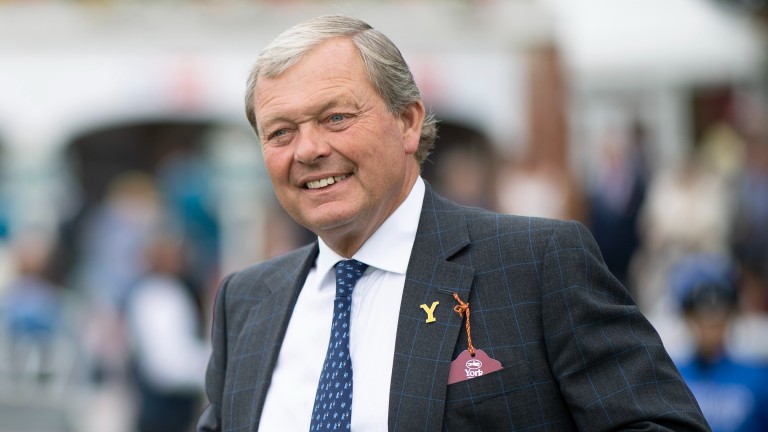 William Haggas: "He’s a bit to prove to be a Group 1 horse"
Edward Whitaker (racingpost.com/photos)

Paddy Power spokesman Paul Binfield said: “It will be intriguing to see how the Hampton Court Stakes winner gets on at Meydan as he was only beaten a bob of the heads in the York Stakes, and certainly wasn’t disgraced behind Mishriff in the Juddmonte International.”

Haggas has recently taken charge of the ex-German-trained Grocer Jack, who was the third highest priced lot at the Tattersalls horses-in-training sales in October when knocked down to Najd Stud for 700,000 guineas.

The four-year-old son of Oasis Dream won a Group 3 at Hoppegarten when last seen in action in October and had previously followed home the smart Skalleti in a Group 1 at Munich.

Formerly trained by Waldemar Hickst, Grocer Jack was bought with one race in mind.

Haggas said: “Grocer Jack is settling in well and the plan would be to take him to the Saudi Cup. It will be a first outing on dirt but hopefully he’ll take to it and he could also go to Meydan, but we’ll see how he gets on at Riyadh first. We also have My Oberon who could head out to Saudi.”