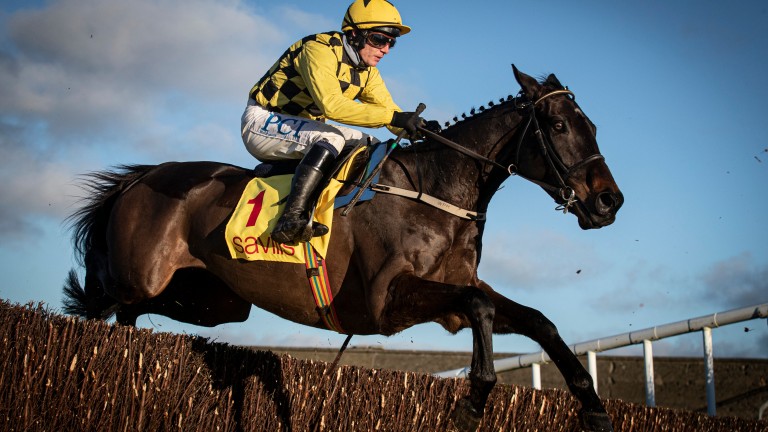 Dual Cheltenham Gold Cup winner Al Boum Photo will not make his seasonal reappearance at Thurles on Thursday after Willie Mullins opted not to declare him for the Listed 2m6f BetVictor Chase.

Mullins has indicated in recent weeks he intends to run his three-time Grade 1 winner more frequently, but that he would need the ground to soften to start off the nine-year-old's season. The ground at Thurles was on Tuesday described as good on the chase course.

Speaking to the Racing Post last week, Mullins said: "The race at Thurles has been on my mind for quite a while for Al Boum Photo. We want to get more runs into him this season, but I wouldn't be tempted to run him on that ground."

In the past three seasons Al Boum Photo made his reappearance at Tramore on New Year's Day before heading straight to Cheltenham.

He finished third behind Minella Indo as he attempted to equal Best Mate's record of three back-to-back Cheltenham Gold Cups.

Al Boum Photo is a top-priced 20-1 to reclaim his Gold Cup crown in March, with last weekend's 22-length Betfair Chase winner A Plus Tard heading the ante-post market at 7-2 from last season's winner Minella Indo at 6-1.

In Al Boum Photo's absence, a field of four will go to post at Thurles. Mullins has won the race in the past with Sir Des Champs (2015), Champagne Fever (2016), Bachasson (2017) and Footpad (2019). He will be represented this time by Cilaos Emery, with the Gavin Cromwell-trained Darver Star heading the opposition.

In Britain, 84 runners have been declared for seven jumps races at Lingfield on Thursday (an average of 12 runners) where the going is good to soft, good in places, while quicker conditions at Taunton – good, good to firm in places – has seen 46 runners declared for six races.

ITV Racing runners: who could run at Newbury and Newcastle this Saturday?

FIRST PUBLISHED 11:37AM, NOV 23 2021
Mullins has indicated in recent weeks that he intends to run his three-time Grade 1 winner more frequently

Shishkin eases in the market as punters gravitate to Energumene ITV Racing tips: one key runner from each of the eight races on ITV4 on Saturday Clarence House Chase: Nicky Henderson and Willie Mullins on Saturday's big clash One horse, one trainer, one jockey and one race to watch on Saturday Capacity crowds set to return for Dublin Racing Festival after measures eased 'That's the real Metier' - Harry Fry relieved after Sovereign Hurdle success