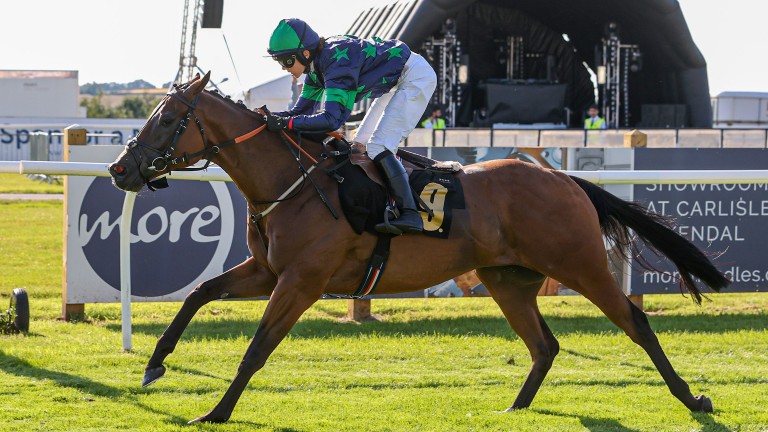 Fern O'Brien is a winner on her first ride under rules on Lord P at Carlisle
John Grossick
1 of 1
By Charlie Huggins UPDATED 8:53PM, AUG 2 2021

Fern O'Brien, the 16-year-old daughter of jumps trainer Fergal, enjoyed a dream first ride under rules as she steered 25-1 outsider Lord P to a comfortable win for her father at Carlisle's Monday evening meeting exclusively for female riders.

O’Brien, who competed in her last pony race on Thursday, was up against leading jockeys such as Saffie Osborne, Megan Nicholls, Laura Pearson and Josephine Gordon in the 6f handicap.

The young rider, unfazed by her opposition, delivered a ride beyond her years, taking the lead in the final furlong and seeing out the win by three and a quarter lengths.

Spot the esteemed trainer on the inside track #TeamFOB pic.twitter.com/hQs2EApo9P

It was a proud moment for Fergal, who leads the jumps trainers' championship and said: "We’re very proud of her. She deserves it as she works very hard in the yard. She’s been riding since she was four or five just messing about with ponies. Sally [Randell, assistant and partner to the trainer] bought her a racing pony when she was 12 and she’s been going at it since then really.”

Fern only became eligible to ride races under rules on Saturday after turning 16 with her father explaining that this was far from a long-term target.

He said: "It wasn’t really planned. Lord P was a horse I had off Richard Hannon for my landlord’s dad. We ran him over hurdles and he didn’t really stay over hurdles. He wasn’t the best mover so we tried to rehome him. 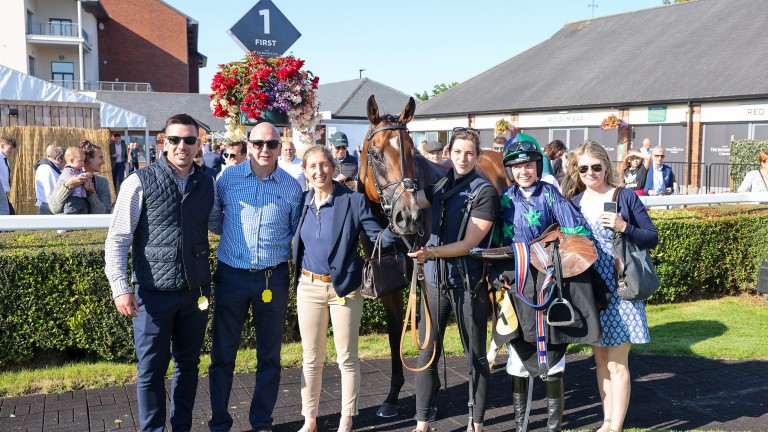 "Christy Mews who had him said this horse had turned a corner. He’s definitely moving better and he’s happier. This was last January and he thought he would be a good horse for Fern to start off with so we arranged to have the horse and the rest is history. We’re delighted."

Fern, a winner of five pony races, finished a credible fourth on her only other ride of the evening Lockdown Dream, again for her father.

FIRST PUBLISHED 8:02PM, AUG 2 2021
She’s been riding since she was four or five just messing about with ponies