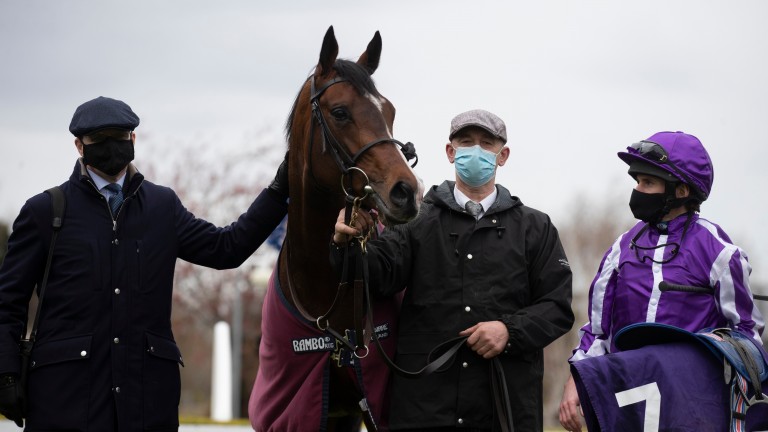 Sir Lamorak: heads a team of three for Aidan O'Brien in the Chester Vase on Wednesday
Patrick McCann (racingpost.com/photos)
1 of 1
By Matt Rennie UPDATED 11:10AM, MAY 4 2021

Sir Lamorak will attempt to enhance his claims for the Cazoo Derby when he heads a three-strong team for Aidan O'Brien in the Chester Vase (3.15), as the trainer seeks to continue his domination of the feature race on day one of the Boodles May festival on Wednesday.

The son of Camelot will be pitched into Group company for the first time at the Roodee and heads the betting for the 1m4½f Group 3 following an easy victory in a Leopardstown handicap last month. He is a general 16-1 chance for the Epsom Classic on June 5.

O'Brien – successful in seven of the last nine runnings of the Chester Vase – will also be represented by Sandhurst and San Martino in his quest for a tenth victory in the contest. 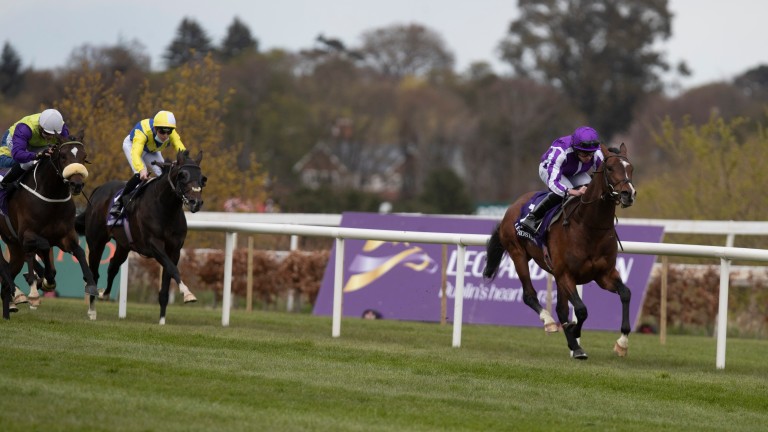 The last Chester Vase winner to follow up in the Derby was the O'Brien-trained Ruler Of The World in 2013, while Wings Of Eagles finished second for the same stable in 2017 before winning at Epsom.

Blue Riband Trial winner Wirko is one of two runners for Godolphin, joined by the John and Thady Gosden-trained Law Of The Sea, while Youth Spirit, Pleasant Man and Fancy Man complete a field of eight.

Boodles May Festival day one card

The Gosden team is also well represented in the Cheshire Oaks (2.15) as the regally bred Darlectable You attempts to provide the Clarehaven team with a third win from the last four runnings of the race.

A daughter of Dubawi out of Dar Re Mi, the three-year-old is a full sibling to high-class performers Too Darn Hot, Lah Ti Dar and So Mi Dar and aims to get off the mark in the Listed contest. The great Enable won the Cheshire Oaks for the yard in 2017 before winning the Oaks and Irish Oaks. 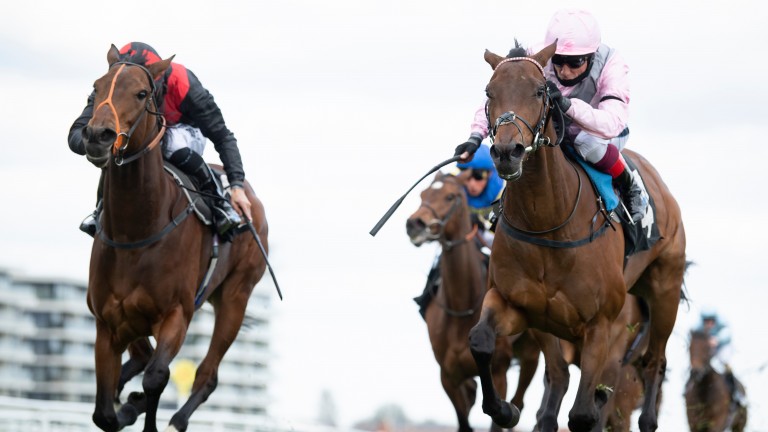 The Roger Varian-trained Zeyaadah – last seen winning a Listed contest at Newmarket in October – puts her unbeaten record on the line, while Donnacha and Aidan O'Brien will be represented with Nicest and La Joconde among seven declared runners.

Seven speedy juveniles will be on show in the Lily Agnes Conditions Stakes (1.45) including Devious Angel, who is aptly owned by Roudee Racing and has been specifically aimed at the opening race of the meeting following his impressive victory at Southwell last month.

FIRST PUBLISHED 12:07PM, MAY 3 2021
O'Brien ? successful in seven of the last nine runnings of the Chester Vase ? will also be represented by Sandhurst and San Martino

'The meeting was sure to be off. We were only coming here to have lunch' Hussey shines as Iowa mows them down for Ulster Derby success 'He could be a Guineas/Derby horse' - O'Brien excited by Point Lonsdale RIP Arthur Shone - sadly for racing, we truly won't see his like again Emmet Mullins-trained handicapper scores by wide margin after big Friday gamble Ascot collector's item as Dettori's flying dismount outshone by tearful groom