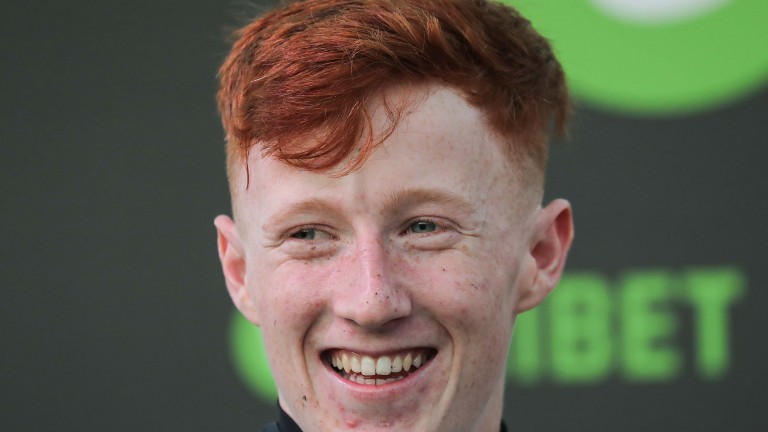 The 21-year-old was aboard the Nicky Richards-trained Holme Abbey in the novice handicap chase when the grey blundered at the first fence sending his rider crashing to the ground.

“As far as I can understand, it's a straightforward break, there's no displacement and not too many complications. Hopefully, give it a month or so and he'll be back.

“It's the first injury he's had since he rode out his claim, so he's done well to go without getting injured for this long.”

McMenamin who hails from Northern Ireland, made his breakthrough when winning the 2018 Grade 3 Greatwood Hurdle as a 7lb claimer on Nietzsche. He also struck up a fruitful partnership with the popular Nuts Well for trainer Ann Hamilton, including when landing the Grade 2 Old Roan Chase last season.

This season he has ridden 20 winners from 189 rides.

FIRST PUBLISHED 10:01AM, DEC 7 2021
It's the first injury he's had since he rode out his claim, so he's done well to go without getting injured for this long