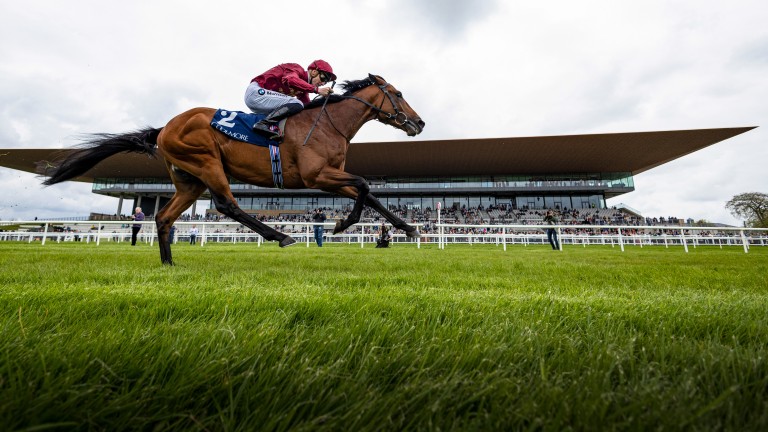 The Curragh: €50 general admission charge for those paying at the turnstiles on Saturday
Patrick McCann (racingpost.com/photos)
1 of 1
By Mark Boylan 6:00PM, JUN 22 2022

Curragh chief executive Brian Kavanagh has defended the track's Irish Derby day ticket prices following criticism of a €50 general admission charge for those paying at the turnstiles on Saturday.

Speaking after social media complaints from industry stakeholders who expressed the opinion that the pricing structure was overly expensive, Kavanagh was eager to stress that general admission tickets can be bought at a reduced rate of €40 online until Friday night.

He argued that the price "compares fairly" with other major racing and sporting events, given Saturday features the Curragh's premier race of the year.

Ticket prices for Cazoo Derby day at Epsom this month varied depending on the level of stand access, but entry to the Queen's Stand, Epsom's premium offering, cost £115 when first going on sale at an early-bird rate.

The Upper Tattenham enclosure, one of the cheaper options at Epsom, went on sale at £20 and was priced at £35 six weeks before the Classic.

General admission to Qatar Prix du Jockey Club day at Chantilly this month would have cost racegoers €10, and just €5 if bought in advance online. 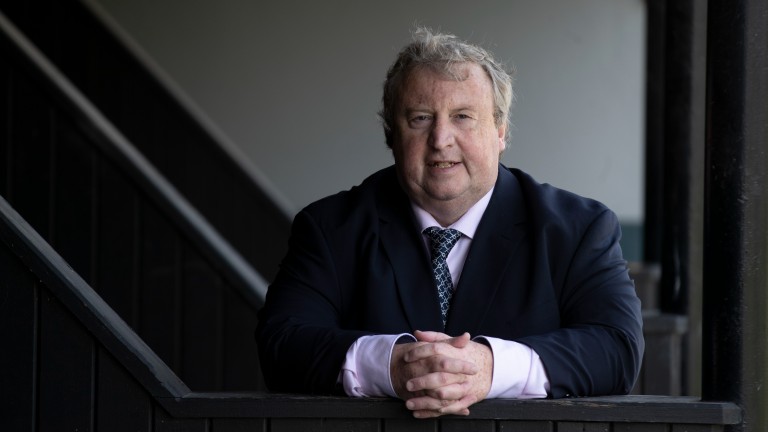 Kavanagh told the Racing Post: "We've been selling tickets since last December and there hasn't been a single ticket sold at €50 – the price is €40 up until Friday night. Tickets have been available at €30 up until two or three weeks ago, having been €25 initially.

"I think you have to look at it in the round. There's more to the price debate than meets the eye."

He added: "It's the number one race of the year at the Curragh, a big event, and I think that compares fairly with prices at other racing and sporting events. There are layers to the pricing structure.

"There are concessions for seniors and those under 25. Those Saturday tickets can be bought at €28 now – having been available at €25 – and will be €30 on the day.

"Friday and Sunday's meetings are €20 for general admission, while seniors and under-25s can attend for €15."

An official crowd of 5,200 attended the Curragh for last month's Tattersalls Irish 2,000 Guineas fixture, followed by 4,800 a day later for the fillies' equivalent.

Kavanagh told the Racing Post earlier this week that Curragh officials are "not focusing on crowd numbers" for this weekend's action, but are instead prioritising a positive raceday experience for the Dubai Duty Free-backed Classic. 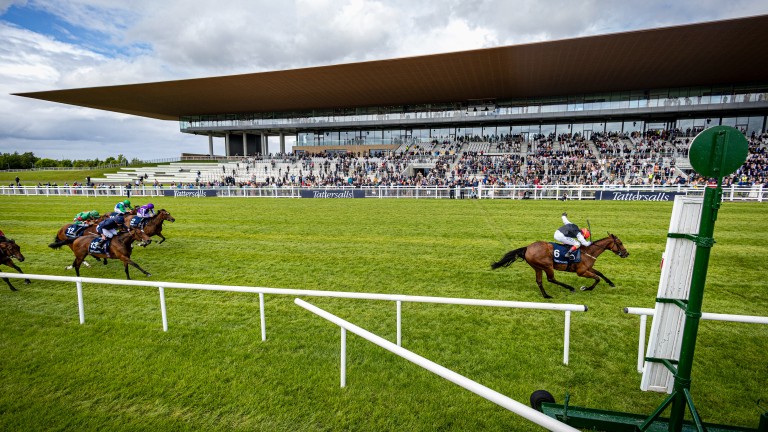 A crowd of 4,800 attended the Curragh for a devastating performance by Homeless Songs in the Tattersalls Irish 1,000 Guineas
Patrick McCann (racingpost.com/photos)

Pressed on whether there had been any temptation to lower ticket prices considerably when taking up his role at the Curragh last November, Kavanagh said: "Ultimately you have to run a business, while bearing in mind the price relative to other sporting events. Looking back, it was €40 to attend the Derby in 2012. You pay the same today as ten years ago.

"There is a change in the way tickets are sold. The movement is towards online and the volume of tickets sold on the day is reducing across the board. We'll take all feedback into account as time goes on."

The former Horse Racing Ireland chief executive added: "We're conscious of the rising costs of living. Costs for racecourses are moving in the same direction as well. The thinking behind the pricing is that it's an on-the-day price, as opposed to significantly lower prices online in advance."

FIRST PUBLISHED 6:00PM, JUN 22 2022
It's the number one race of the year at the Curragh, a big event, and I think that compares fairly with prices at other racing and sporting events

Sectional timing firm apologises after publishing 'inaccurate' Irish Derby data 'The IHRB was not fit for purpose on the day' - Twomey fumes as appeal lodged Shortening Irish Derby to ten furlongs 'not under consideration at the moment' 'She's worth her place in the Arc' - in-form Billy Lee sweet on La Petite Coco 'Gosdens are the world's best, they'll get Emily Upjohn rider right' - owner 'Gentleman' Rob Hornby admits he's unsure if he'll keep the ride on Westover