Latest ONLY THE BEST WILL DO 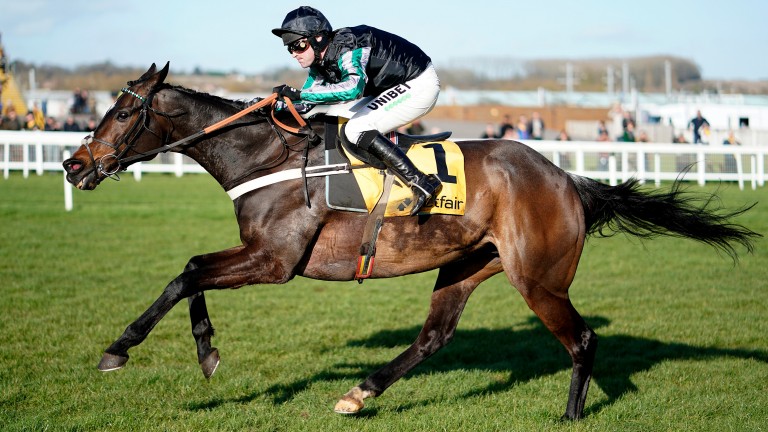 Altior will have to bring his dazzling best to Cheltenham if he is to add a remarkable fifth festival triumph to his already awesome CV in the Betway Queen Mother Champion Chase, his trainer and fan club president Nicky Henderson said on Monday.

Henderson, who was in fine form in front of the assembled media, was on Monday still lamenting himself for the "crazy" decision to allow Altior to face Cyrname in November's 1965 Chase at Ascot, an outing that resulted in the ten-year-old's first defeat in 20 races.

It also left a mark on the popular gelding, who won the 2016 Supreme before bagging the Arkle and a brace of Champion Chases.

Badsworth Boy is the only horse to win three but Altior is the 2-1 favourite to join him on that milestone and earn two-mile chasing immortality.

He will not find it a straightforward task with young pretenders Defi Du Seuil and Chacun Pour Soi in opposition.

"The disaster was the first run of the year, which was the wrong place on the wrong ground over the wrong trip," reflected Henderson, whose stable star was back on song with success in the Game Spirit at Newbury this month.

"I couldn't have made a worse job of training him if I tried.

"If it wasn't for the hype and build-up I should have been the spoilsport and taken him out on the morning of the race, but I couldn't. I shouldn't have run him and paid the penalty, and it took him until Newbury to get over it.

"That was a bruising race at Ascot and you wouldn't normally have such a head-to-head then, you'd have had a prep race."

Altior, also held up over Christmas with an abscess on his withers, has started at evens and 4-11 for his Champion Chases, but Henderson, who has landed the prestigious prize six times, added: "It's a very good Champion Chase and if you go back to Sprinter Sacre's first Champion, he was 1-4, but there are going to be no odds-on shots here.

"It's going to be a seriously good race, but we're in good shape and he's fresh and well now. The better the ground, the better we'll be as the other two probably handle softer ground better than he does, although Altior has won on soft.

"This race is going to be very competitive and so it should be. It's going be a big battle."

Asked if the son of 2002 Derby hero High Chaparral can afford to hit what has become a customary flat spot before engaging into overdrive in this year's race, the five-time champion trainer said: "He'll need to be sharp and be at his best – he'll have to be.

"You can see him change gear when you want it. You have to ask the question and you'll get the answer.

"There was a moment three out at Newbury when he might not have been travelling, but he had taken a blow there and was entitled to. He's got the finishing kick and it works well."

FIRST PUBLISHED 7:04PM, FEB 17 2020
That was a bruising race at Ascot and you wouldn't normally have such a head-to-head then

'It's brilliant' says Elliott after winners and a warm Cheltenham welcome 'This one is something special' - Third Time Lucki ends owner's 30-year wait Watch: trainer Nicky Henderson discusses his Seven Barrows stable stars 'I'm sure Champ is a Gold Cup horse - but we might have another one as well' 'He's one of the most exciting prospects we've had for a long time' 'The Tingle Creek is the first aim and the hope is that he's our next superstar'