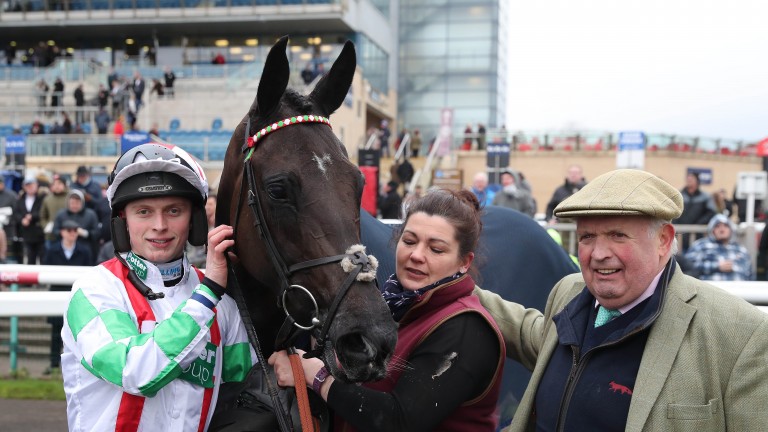 The Nicky Henderson-trained Mister Fisher has been supported into co-favourite with the sponsors for Saturday's Paddy Power Gold Cup as a final field of 17 was declared on Thursday.

Colm Donlon's Saint Sonnet, for the red-hot combination of Paul Nicholls and Harry Cobden, and the Harry Whittington-trained Simply The Betts, who has won four of his five starts over fences including the Plate at last season's festival, are the other two at the head of the market.

Arkle fifth Al Dancer and Slate House, who was sent off the 4-1 favourite for the race last year, are also both single-figure prices.

Paddy Power said: "We're absolutely delighted to get a field of 17 for our return to sponsoring this highly prestigious and always competitive race.

"Mister Fisher has been supported all week, and we're now unable to separate him, Saint Sonnet and Simply The Betts at the front end of the market."

It is a high-class day at Cheltenham with the Grade 2 novice chase attracting the likes of Fusil Raffles, Eldorado Allen, Gumball, Le Patriote, Quel Destin and Zarkareva, while the Listed handicap hurdle features the Tobefair, On The Blind Side, Tea Clipper and Dell' Arca among a field of 12.

The Grade 2 Triumph Hurdle Trial has had a major impact on the festival's ante-post market in recent years with the likes of Defi Du Seuil, Apple's Shakira, Quel Destin and Allmankind winning in recent years and this year's renewal has attracted eight exciting and unexposed runners.

With Gordon Elliott, Paul Nicholls, Dan Skelton and David Pipe represented there is every chance of a new favourite, especially as the Nicholls-trained Hell Red is already a 20-1 co-second favourite and Elliott's Duffle Coat ranges in price from 20-1 to 33s for the main event.

'Electric and lethal': Rouge Vif can step up in Shloer showdown says Whittington

FIRST PUBLISHED 11:38AM, NOV 12 2020
Mister Fisher has been supported all week, and we're now unable to separate him, Saint Sonnet and Simply The Betts at the front end of the market