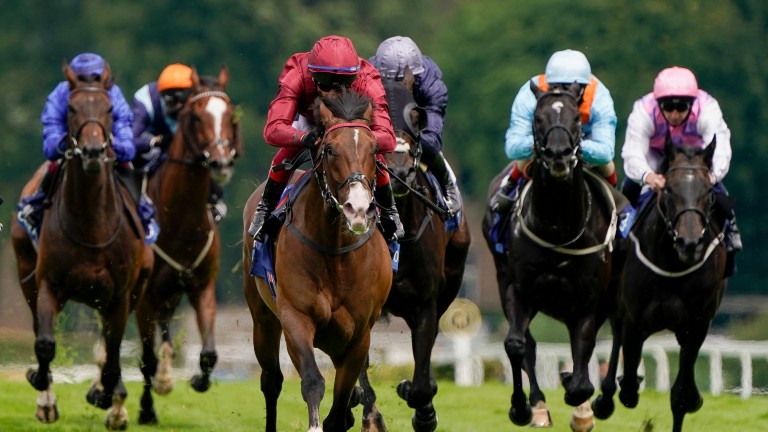 Magical Morning is now challenging stablemate Uncle Bryn for favouritism after Frankie Dettori was confirmed for the ride in the Cambridgeshire on Saturday
Alan Crowhurst
1 of 1
By Scott Burton UPDATED 5:49PM, SEP 23 2021

There was a major shake-up in the market for the bet365 Cambridgeshire in the wake of Thursday's declarations, with confirmation that Rab Havlin would be aboard longtime ante-post favourite Uncle Bryn, while Frankie Dettori will ride stablemate Magical Morning.

Such is the record of the Gosden team in the Cambridgeshire that it takes an extremely well-handicapped horse from another yard to prevent Clarehaven dominating the head of the market.

Uncle Bryn has occupied top spot since striking over a mile at Ascot under Dettori on September 3. However, his position is now being disputed, with four-year-old stablemate Magical Morning sharing favouritism with some firms. He is also relatively unexposed, albeit he will have to give weight to 33 of his 34 rivals on Saturday.

Speaking about Uncle Bryn at Newmarket on Thursday, Havlin said: "He's a horse I know very well. I've won on him twice and ride him quite a lot at home.

"He missed a bit of time [earlier in the season] and has only really run in small fields before, but I'm sure half the field is like that. It's his first time in a field of this size, but hopefully he's done enough and learned enough from his last run. 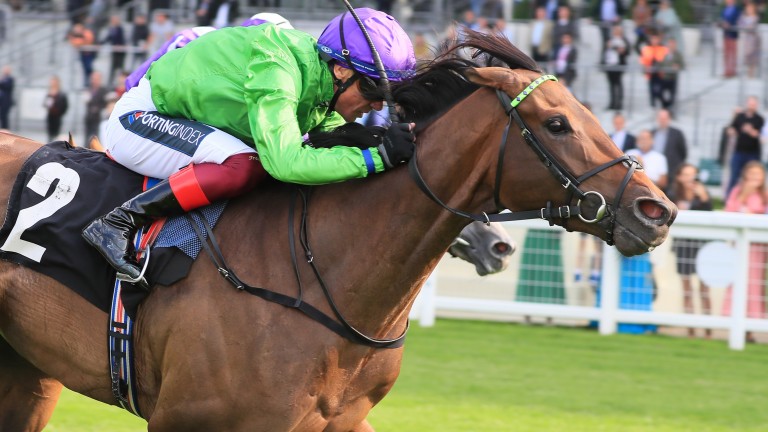 "I've ridden him in his last two pieces of work and he feels great at home. I'm hoping for a big run."

Coral cut Magical Morning in to 7-1 (from 12-1), and spokesman David Stevens said: "There's been plenty of ante-post action on the Cambridgeshire already this week, but the biggest move of all has come with the news that Frankie Dettori will be on board Magical Morning on Saturday rather than Uncle Bryn.

"The Italian's presence on the former has seen a dramatic market shift which could open the door for Astro King to start favourite."

With Hugo Palmer electing to wait for either the Prix Jean-Luc Lagardere or the Dewhurst Stakes with Ebro River, Perfect Power is the only top-level scorer in the line-up, although the form of the Phoenix Stakes is represented by runner-up Dr Zempf and third Go Bears Go.

Last Saturday's Mill Reef Stakes winner Wings Of War is another notable absentee, while Richard Hannon will rely on Armor having taken out Lusail.

A field of 13 fillies will go to post for the same sponsors' Cheveley Park Stakes, with Juddmonte homebred Sacred Bridge bidding to cement her burgeoning reputation under Colin Keane for trainer Ger Lyons.

A brilliant mind: veterinary pioneer Peter Rossdale dies at the age of 94