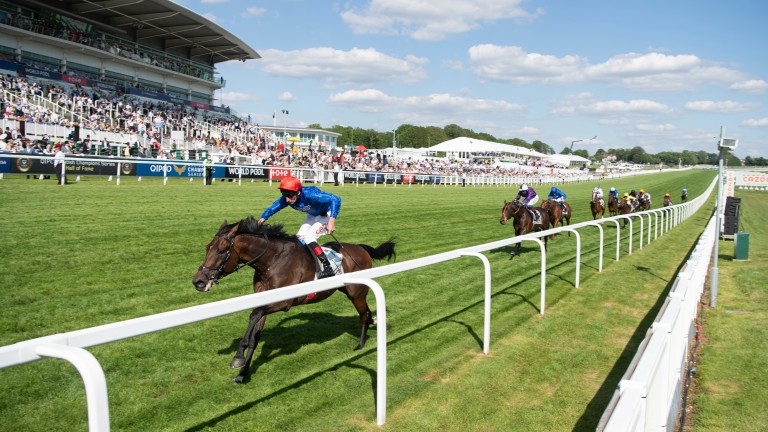 Charlie Appleby is well aware of the task facing his Derby hero Adayar in Saturday's King George VI and Queen Elizabeth Qipco Stakes, but insists the "gentle giant", who will receive weight from Ballydoyle queen Love, ought to be bang there as he bids to become the first horse since the mighty Galileo to follow Epsom glory by triumphing in Ascot's summer showstopper.

A field of six will go to post for the Group 1, which offers a first prize of £496,213, although layers make last year's 1,000 Guineas and Oaks heroine Love favourite with Ladbrokes going 5-4 about the Coolmore star, who will concede 8lb to Godolphin's new pin-up boy Adayar, a 9-4 shot.

He defied odds of 16-1 to run out an impressive winner of the Cazoo Derby and now has the chance to join the great Galileo by bagging two of the world's most important 1m4f races – 20 years after the phenomenal sire achieved the double.

"He got a copybook ride at Epsom, but what surprised us there is that acceleration, which we'd never seen before," Appleby said on Thursday.

He is seeking a first triumph in the King George, an event close to the heart of Godolphin supremo Sheikh Mohammed and other members of the Maktoum family.

Ascot played host to their winners Swain (1997 and 1998) and Daylami (1999), but not since Doyen in 2004 has blue been the colour in arguably the royal racecourse's grandest contest.

"It's a huge occasion," added Appleby. 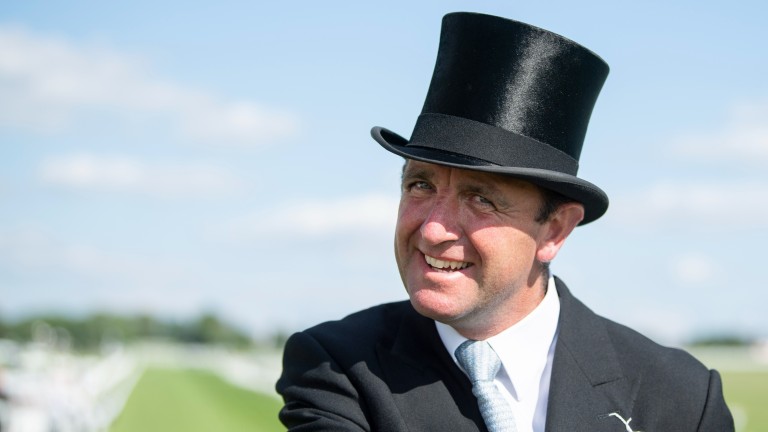 "It's a challenge, stepping up into the big boys' division at a mile and a half, but I've been delighted with his preparation and he looks a million dollars. It looks as if there will be some pace in the race, which will suit us.

"Love is going to go off favourite, and deservedly so on what she's achieved, but Adayar receives the weight allowance and I genuinely think he should be bang there. It's going to be a fantastic race to watch hopefully, and whoever wins it is going to be king of the mile- and-a-half division for the foreseeable future."

Adam Kirby rode Adayar in the Derby as William Buick chose to partner stablemate Hurricane Lane, who was third, but the latter is back in the saddle on Saturday and is relishing the prospect of adding another King George to his CV after guiding Nathaniel to victory in 2011.

He was singing from the same hymn sheet as Appleby when extolling the importance of the Group 1, which also features Irish Derby second Lone Eagle, globetrotting money-spinner Mishriff, the high-class Wonderful Tonight and Love's Aidan O'Brien-trained stablemate Broome. 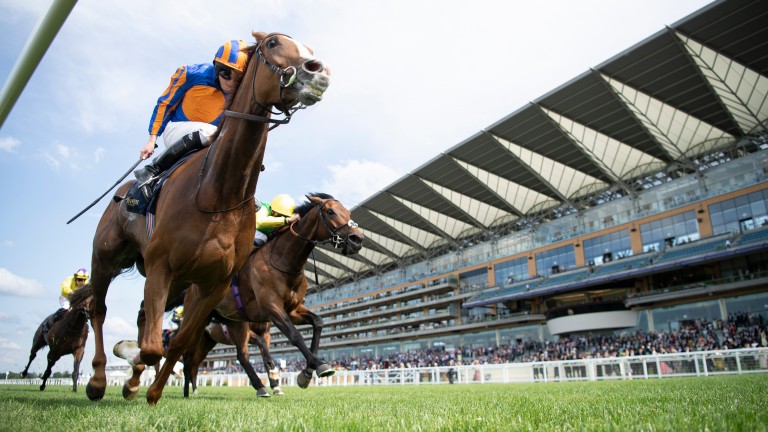 Love: 5-4 favourite with Ladbrokes for the King George after her comeback victory at Royal Ascot
Edward Whitaker (racingpost.com/photos)

"Saturday's field has everything the King George deserves," Buick stressed.

"It's a stellar field. It's got a lot of the best middle-distances around at the moment, it's got three-year-olds against older horses, and it's got fillies against colts. It also has the Derby winner, which isn't that common these days. It's going to be a great race."

Buick, right in the hunt for a first champion jockey title this term, also pointed to the plus of his mount's weight allowance.

"I think the team nominated the King George almost straight after the Derby and it looks the obvious race for Adayar," he added. "The allowance that the three-year-olds get at this time of the year is very attractive, and it's definitely a factor."

Reflecting on the Derby, Buick continued: "Myself and Adam Kirby were more or less upsides a lot of the way and we both kind of went for it at the same time, although on different parts of the track. I thought I had a chance, but then the next thing I knew he was four, five, six lengths ahead of me. Adayar put daylight between us very quickly and you would have to say he's a very good Derby winner. He's an uncomplicated horse too, and that helps."

The ground at Ascot, which has been watered this week, was on Thursday described as good to firm, but 13mm of rain could fall before racing on Saturday and David Menuisier, the trainer of Hardwicke winner Wonderful Tonight, will keep a close eye on the weather.

"There are thunderstorms forecast and a good chance of heavy showers," he said. "That doesn't mean Ascot will get them, but as long as it remains a possibility we owe it to the filly to keep her in the race and take her to Ascot on Saturday, where we will sit and wait.

"If it doesn't rain we'll come home and enjoy the drive back."

This year's King George looks a high-class race with Derby hero Adayar and Irish Derby runner-up Lone Eagle taking on their elders, including Love, for the first time.

Love needs very little introduction, with the daughter of Galileo proving the most dominant filly of her generation last year.

She returned to the fray this term with a battling victory over another top-class mare in Audarya in the Prince of Wales's Stakes and, while improvement will be needed on that score, she should make it.

She is one of four Group winners out of the remarkable Pikaboo, a lowly rated daughter of the great Pivotal, and a full-sister to Peach Tree and Flattering, as well as a half-sister to Duchess of Cambridge Stakes victor Lucky Kristale.

Godolphin's homebred Adayar powered to a surprise success in the Derby last month, although it must be noted he pulled just over four lengths clear, while Hurricane Lane and Bolshoi Ballet have done their bit to enhance the form.

What is interesting is the fact he is the second Group 1 winner on the Frankel-Dubawi nick following Dream Castle in 2019 – Adayar is out of the Irish 1,000 Guineas runner-up Anna Salai – and there is potential for further improvement after only five starts.

Lone Eagle was only narrowly denied by Hurricane Lane at the Curragh last time and is likewise a colt with plenty of scope for improvement.

Another by Galileo, who dominates the head of the market with Frankel, Ballylinch Stud's colt is out of a mile-and-a-half-winning daughter of Duke Of Marmalade (himself a winner of this race in 2008 for Coolmore), so staying will not prove an issue. His dam, Modernstone, is out of an unraced Juddmonte-bred half-sister to Oaks heroine Reams Of Verse and Midsummer, the dam of the top-class Midday, who also struck at the top level over a mile and a half.
Kitty Trice, Racing Post bloodstock reporter

FIRST PUBLISHED 11:35AM, JUL 22 2021
It's a challenge, stepping up into the big boys' division at a mile and a half, but I've been delighted with his preparation

New measures can ensure they are all well looked after 'He will be remembered forever here' - Greatrex pays tribute to Michael Pitt Who is better - Hurricane Lane or Adayar? Our experts have their say Awesome Adayar becomes first Derby hero to win King George since Galileo Zain Claudette holds on to provide Ray Dawson with emotional first Group win 'He's the best horse we've ever had' - local trainer dreaming of big Galway win