Latest KING OF THE NORTH 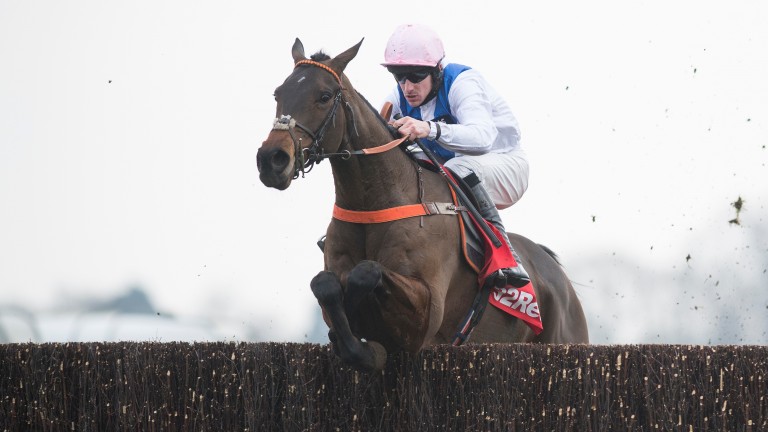 Champion jockey Brian Hughes hopes his title triumph last season can change the view that those in the north are "second-class citizens" and anticipates a bold display from the region's best chaser Waiting Patiently in the Matchbook Betting Exchange Clarence House Chase at Ascot on Saturday.

Hughes, who will ride the talented ten-year-old for the North Yorkshire-based Ruth Jefferson, captured the crown for the first time last term, ending 40 years of southern success.

He aims for more glory in the Clarence House aboard Waiting Patiently, the 2-1 second favourite with Ladbrokes behind Politologue.

Speaking on a Great British Racing media call to promote the Grade 1, he said on Thursday: "I feel there are a lot of good trainers, owners and jockeys in the north and we sort of seem to get looked upon as second-class citizens sometimes.

"Not by everyone, but you always think the northern people don't get the credit they deserve. I feel it [my title] was something everyone could hopefully take a bit of credit for as much as me, because getting to that position wasn't just work done by myself – a lot of people helped along the way and still help me now."

The 35-year-old Hughes wrestled the title from Richard Johnson, who had succeeded the legendary 20-time winner Sir Anthony McCoy, and is in a formidable position to retain the championship, although big-race success is something he also craves.

His sole top-level victory to date came aboard Waiting Patiently in the Ascot Chase three years ago and he added: "It happens quicker for other people than others and there were two very good champion jockeys before me – better jockeys – so you wait until one retired in AP McCoy and then Dickie was four-time champion and unfortunately picked up an injury when we were neck and neck for the lead.

"It's swinging back in my favour again this season, but I've been frustrated because the last week or ten days a lot of racing has been cancelled and you felt there are opportunities missed.

"You'd say after a treble at Newcastle yesterday I'd be happy, but I was still frustrated about the ones who didn't win and could have. I'm as hungry as ever to have winners and you don't rest on your laurels.

"It's brilliant when you're riding lots of winners, but when you look back at your career you'd like to have a few big races on your CV and I'm lucky to have a horse like Waiting Patiently to ride, but I've got one of him whereas other jockeys have ten Grade 1 horses. That's the way the cards fall, but you want to have Grade 1 winners." 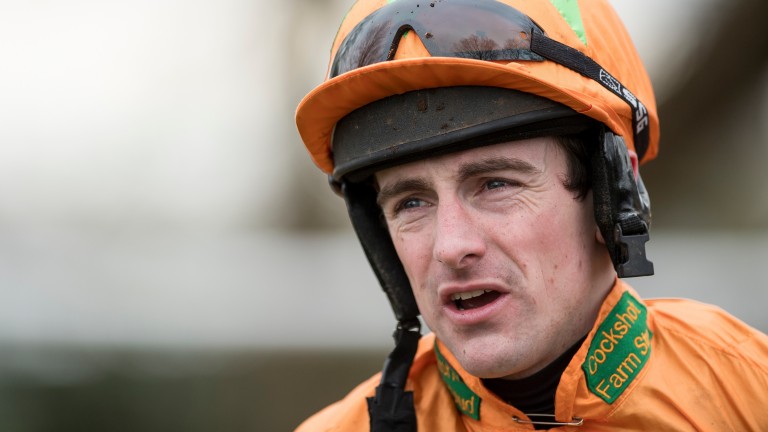 Owned by Richard Collins, the fragile Waiting Patiently, who will drop back from three miles to two after being supplemented for the Clarence House at a cost of £5,000 on Monday, is a "headache and joy" to train according to Jefferson, but he showed the range of his ability when a fine second to Frodon in last month's King George VI Chase on his first start for more than a year.

"He's extremely talented and extremely versatile," said Hughes. "He's not overly big, but he's very strong and muscly. It doesn't matter what the trip is as seemingly he runs his race.

"He's very straightforward and jumps and travels. You can put him anywhere you want and his last two runs were his first of the season in Grade 1s without prep runs. His form's there for everyone to see and hopefully he shows up again – I'm confident he'll put up a big show.

"We've plenty of form that ties in with him and from a biased point of view I'm in the Waiting Patiently team and, bar when Waiting Patiently unseated in the King George, Politologue has finished in front of us just once."

FIRST PUBLISHED 10:40AM, JAN 21 2021
I'm lucky to have a horse like Waiting Patiently to ride, but I've got one of him whereas other jockeys have ten Grade 1 horses

Missing, please help: where are Britain's good chasers after Ascot anti-climax? Andy Irvine 'keeps the show on the road' with a 28-1 winner Saturday reaction: 'He's thrown a grenade into the Champion Hurdle market' Another star? Exciting Minella Drama bids to emulate Shishkin in Sidney Banks 'He jumped superbly' - Remastered masters his rivals to win the Reynoldstown 'If he can't breathe, he can't win' - Nicholls to check Cyrname after Ascot flop