Ken Condon: she'd be worthy of Irish 1,000 Guineas run if the weather is kind 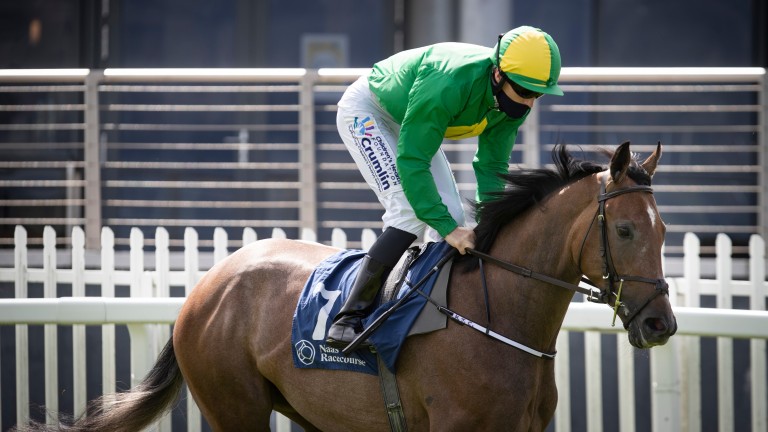 Forced to withdraw Miss Amulet from the French 1,000 Guineas on Sunday due to unsuitable ground, Ken Condon is hoping the rain stays away from the Curragh this week as he looks forward to taking the wraps off his star filly in the Irish equivalent.

A general 10-1 chance for the Tattersalls Irish 1,000 Guineas on Sunday, Miss Amulet’s season will be dictated by how she fares at the Curragh, according to Condon.

He explained: “We swerved France because of the heavy ground and we have no regrets about that decision. She is in the Irish 1,000 Guineas and she would be worthy of her place there if the weather is kind to us.”

Condon added: “She'll run if it's nice ground and it'll guide us as to where we go for the rest of the season with her.

“Does she go for the Coronation Stakes or the Commonwealth Cup at Royal Ascot afterwards? We don’t know the answer to that question yet so it is important to get her started. She just needs nice ground and if it isn’t soft she will take her chance.”

The Irish 1,000 Guineas market is headed by the Aidan O'Brien-trained Joan Of Arc, a general 15-8 favourite, while Joseph O'Brien's Pretty Gorgeous, who missed Newmarket, can be backed at odds of 9-4.

'He will be campaigned ambitiously this year'

Condon’s Laws Of Indices will not be lining up in the Tattersalls Irish 2,000 Guineas at the Curragh on Saturday and will instead be kept to sprint races for the time being.

A Group 2 winner at two, Laws Of Indices ran a solid fourth in the Group 3 Lacken Stakes at Naas on Sunday under a penalty, and Condon has outlined the Commonwealth Cup as the main early-season target for the horse.

He said: “Laws Of Indices put in a very commendable run with the penalty in the Lacken Stakes. He looked a lot sharper, broke and travelled well and, when he got headed in the last 50 yards, he came back at them and hit the line strongly.

"He has come out of it very well and we have made an entry for the Sandy Lane at Haydock on Saturday. He will be campaigned ambitiously this year. Races like the Commonwealth Cup, Prix Jean Prat and the Prix Maurice de Gheest will come under consideration. He’s a solid horse who looks to have trained on.”

Asked what Laws Of Indices’s optimum trip is, Condon said: “He’s a hard one to read. Senior riders come in to ride work here. One man says he’s a six-furlong horse and the other thinks he needs seven. Even within the camp there is a split decision. But he’s very quick and it looks like he’ll stay sprinting for the moment.”

Condon also provided updates on Teresa Mendoza, another who will be kept sprinting this season and Thunder Beauty, who disappointed in the 1,000 Guineas at Newmarket on her return.