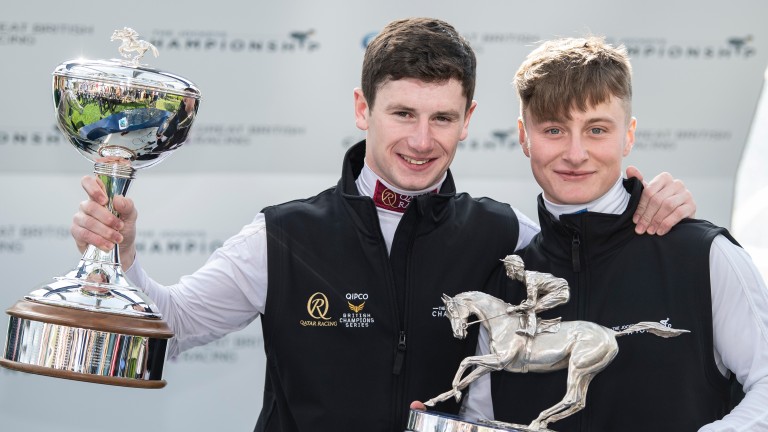 Last year's champion apprentice Cieren Fallon received another boost to his burgeoning career on Wednesday when he was appointed as second jockey to Qatar Racing with immediate effect.

Fallon will be understudy to champion jockey Oisin Murphy in his new role for Sheikh Fahad's organisation and can look forward to some plum rides in the coming weeks as Murphy is set to start a seven-day ban next month that will rule him out of Doncaster's St Leger meeting and Irish Champions Weekend.

The owner-jockey combination team up for the first time at Lingfield on Wednesday evening with Fallon partnering juvenile debutant Code Of Silence (6.00).

The 22-year-old, son of six-time British champion jockey Kieren Fallon, teamed up with one of his possible high-profile mounts, The Lir Jet, on the Newmarket gallops on Wednesday morning. He is expected to take the ride when the Norfolk Stakes scorer bids for more Group 2 glory in the Flying Childers Stakes at Doncaster. 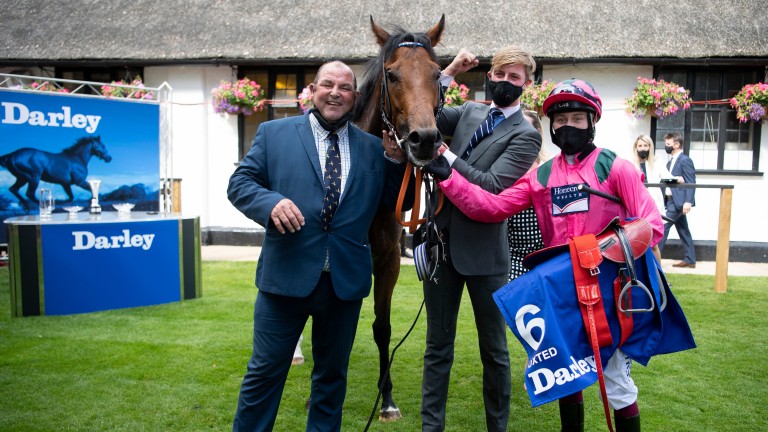 Fallon said: "I feel hugely honoured to be joining the Qatar Racing team and very thankful for those who have supported me to date. I'm looking forward to what will hopefully be a very successful partnership.

"It's an exciting job to get and the second jockey role is perfect for me at this stage of my career as there's not as much pressure as there would be as first jockey.

"Qatar Racing seems to be like a family and it's nice to get the chance to join them. They obviously have a lot of high-quality horses, so it's exciting times."

Fallon added: "It will be great to work with Oisin Murphy as he has helped me since I started and depending on whether he appeals his ban I may be riding The Lir Jet in my new role next month.

"I had a sit on him for the first time this morning and he's a fine, big horse who would have a good chance if he goes to Doncaster, especially if it keeps raining as he has a high knee action and loves soft ground."

Fallon rode out his claim at Salisbury last week and registered his first Group 1 win when Oxted won the July Cup at Newmarket last month.

He rode 62 winners in his apprentice championship-winning campaign last year, including Old Borough Cup success on the Ian Williams-trained Time To Study at Haydock in September. 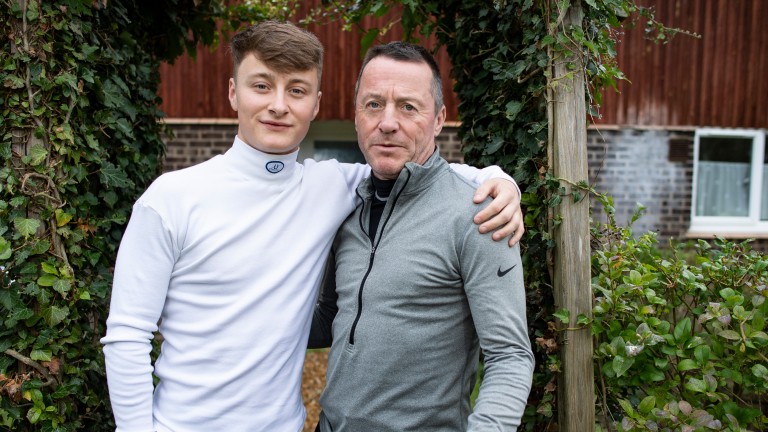 Cieren Fallon (left): following in the footsteps of his father Kieren
Edward Whitaker

The Roger Teal-trained Oxted provided Fallon with a first Group-race victory in the Abernant Stakes at Newmarket in June before the pair struck at the top level the following month.

David Redvers, racing manager to Qatar Racing, said: "Sheikh Fahad has been watching Cieren ride for ages and thought he had a mature head on a young pair of shoulders.

"We had a few on the list but he quickly came to the top of it and Sheikh Fahad wanted to have another jockey on board to have consistency of feedback and also it made sense with the one meeting a day rule still in place. We had a long chat with Mr Haggas about the position and he gave his full support as he always has."

The immediate question is just how much success can Cieren Fallon expect from this new role as second rider to champion jockey Oisin Murphy at Qatar Racing?

Hollie Doyle rode the second highest number of Qatar Racing-owned runners behind Murphy in Britain last year, but that totalled just six mounts to Murphy’s 68. However, the parameters have markedly changed this year with riders only permitted to ride at one meeting a day.

That means considerably more opportunities should go Fallon’s way and second string rides in high-profile races should not be discounted – highlighted by two Royal Ascot winners.

Extortionist provided Olly Stevens with a winner at the royal meeting in his first season training in 2013 when successful in the Windsor Castle Stakes, and he was partnered by Johnny Murtagh, with Jamie Spencer, number one rider at that stage, opting to ride eventual fifth My Catch. 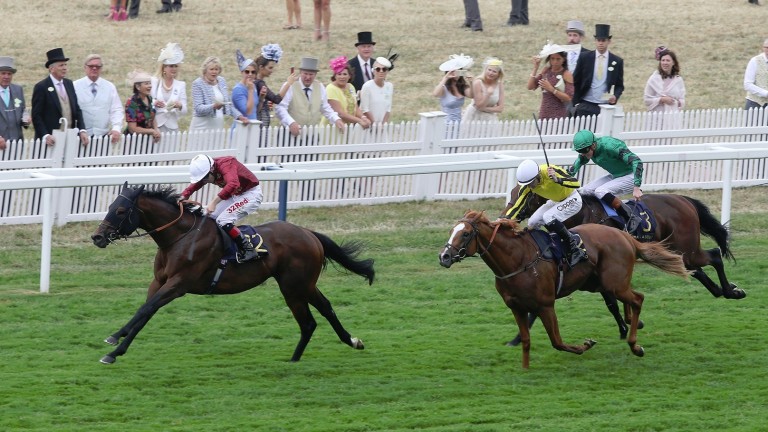 Bless Him (far): landed the Britannia Stakes under a fine ride from Jamie Spencer
CAROLINE NORRIS

The tables turned for Spencer four years later when he enjoyed Britannia Stakes success on the David Simcock-trained Bless Him, with Murphy riding unplaced favourite Beauty Energy and Bless Him sneaking in as a reserve.

Another example came in 2015 when the George Baker-ridden Pearl Secret triumphed in the Group 2 Temple Stakes at Haydock.

Pearl Secret was one of three runners for Qatar Racing in the Group 2 sprint with 40-1 shot and third string Wind Fire finishing third and favourite Hot Streak back in sixth.

Fallon will be straight into high-profile action for Qatar Racing with Murphy set to be suspended for Doncaster's St Leger meeting and Irish Champions Weekend, so there is plenty for the talented young rider to be excited about.
Jack Haynes

Cieren Fallon: 'The best thing is people seeing my real father - he's out of that dark place' (£)

'What more could I have done?' - frustrated Murphy unlikely to contest ban (£)

FIRST PUBLISHED 9:50AM, AUG 26 2020
Qatar Racing seems to be like a family and it's nice to get the chance to join them and they obviously have a lot of high quality horses

'The meeting was sure to be off. We were only coming here to have lunch' RIP Arthur Shone - sadly for racing, we truly won't see his like again Emmet Mullins-trained handicapper scores by wide margin after big Friday gamble Birthday boy Cieren Fallon's dream week continues with 181-1 double Late plunge pays off as Cieren Fallon and Oxted lower colours of Battaash 'What else would I do at my age?' - 80-year-old trainer wins with only horse