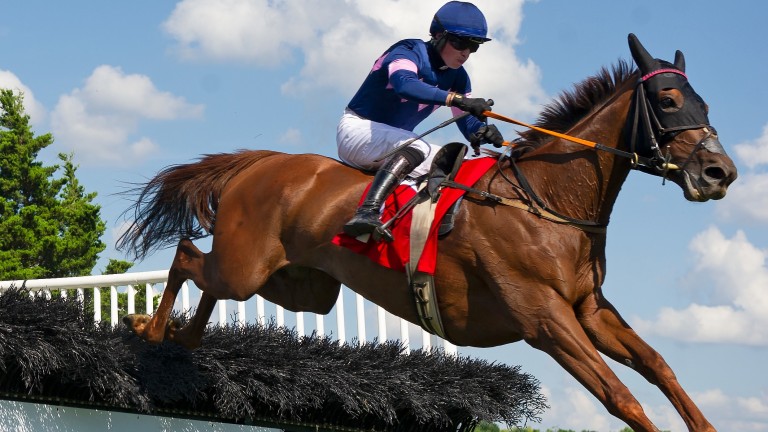 Plans for American Grand National Hurdle heroine The Mean Queen to cross the Atlantic for a tilt at the Cheltenham Festival will have to wait until 2023 due to Covid-related uncertainty.

Having rattled off a Grade 1 hat-trick at Saratoga, Belmont and Far Hills on her last three starts, the Keri Brion-trained six-year-old was priced up at 16-1 with bet365 to land the Close Brothers Mares' Hurdle.

However, Brion, who suggested in October that a trip to the Cotswolds was her intention, has revealed those ambitions have been put on the back burner until next year.

Brion, former assistant to American Hall of Fame trainer Jonathan Sheppard – who trained Flatterer, runner-up to See You Then in the 1987 Champion Hurdle – came to the attention of British and Irish racing followers last season when becoming the first US-based handler to send out a jumps winner in Ireland. 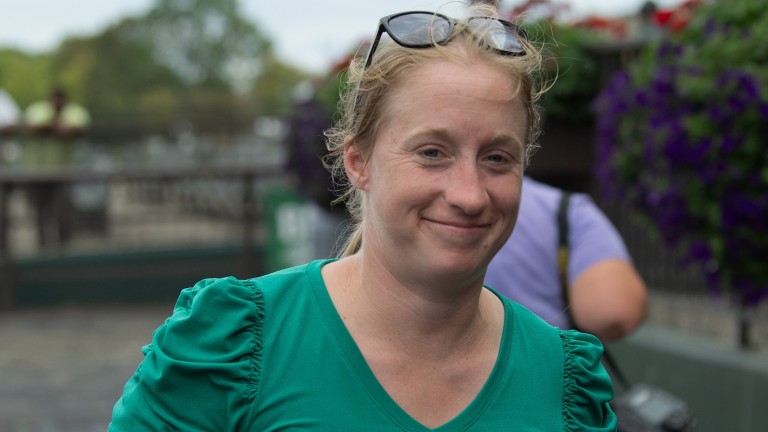 Keri Brion: made history in Ireland last season with winners over hurdles and in a bumper
Tod Marks/National Steeplechase Association

"We have decided against bringing her to Cheltenham this year," said Brion of the Buttonwood Farm-owned mare.

"Unfortunately with the way Covid is currently, there are a lot of unknowns and her owners are high risk. It’s very important to them that they get to be a part of it all, and because they weren’t going to be able to come over they have decided to campaign The Mean Queen in America."

She added: "If things are better we will take a crack at it next year. It's disappointing not to be travelling but a decision had to be made."

Brion operated out of point-to-point handler James Doyle's stables in Wexford during her Irish adventure last season, with those US representatives initially running in Sheppard's name before Brion officially took over training duties.

The Grade 1 Iroquois Hurdle is reportedly next on the agenda for The Mean Queen, who was sourced in Ireland as a debut point-to-point winner before going on a winning spree in the US.

Her upwardly mobile trainer is now back in Ireland to unearth new recruits for the lucrative American jumps calendar.

Legendary US chaser Lonesome Glory is the only American-trained horse to win over jumps in Britain, having struck for the father-and-daughter combination of Bruce and Blythe Miller at Cheltenham in December 1992, and again at Sandown three years later.

Jockey who broke his jaw, cheekbone and eye-socket closing in on return

FIRST PUBLISHED 7:00AM, JAN 9 2022
If things are better, we will take a crack at it next year. It's disappointing not to be travelling but a decision had to be made