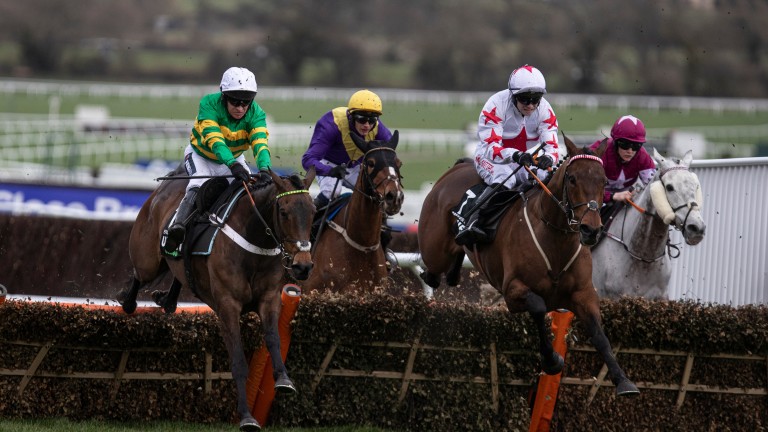 Gavin Cromwell has described last year's Unibet Champion Hurdle third Darver Star as 50-50 to line up at the Cheltenham Festival next week, with connections of the high-class novice chaser monitoring the weather forecast before making a final decision on his participation.

The leading trainer believes drying ground would be a major help to his stable star, who is entered in the Sporting Life Arkle and Marsh Novices' Chase – a general 33-1 chance for both Grade 1s.

The SSP Number Twentytwo Syndicate-owned performer failed to fire at the Dublin Racing Festival but the Champion Hurdle-winning trainer feels his horses were under a cloud during that period and in a better place now. 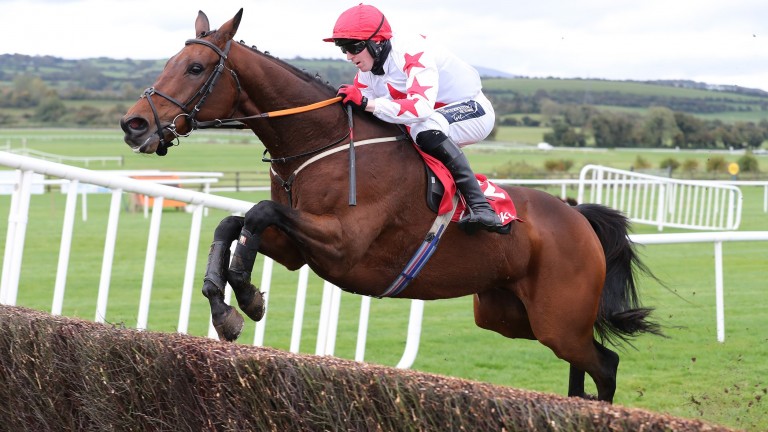 Gavin Cromwell on Darver Star's Cheltenham participation: "We'll leave him in the two races and have a look later in the week to get an idea of the forecast"
Caroline Norris (racingpost.com/photos)

Cromwell said: "Darver Star is still 50-50. We'll leave him in the two races and have a look later in the week to get an idea of the forecast. Decent ground is important to him.

"I'd imagine his last run at Leopardstown was a combination of possibly having a hard race at Christmas, the [soft] ground, which was the biggest issue, and my horses were starting to come under a cloud at that point as well."

He added: "He didn't show any signs of sickness but my horses generally weren't running as well as they can. Thankfully they seem to have come back to themselves now."

"It was always the plan for him to go straight there from Leopardstown," said the Meath trainer. 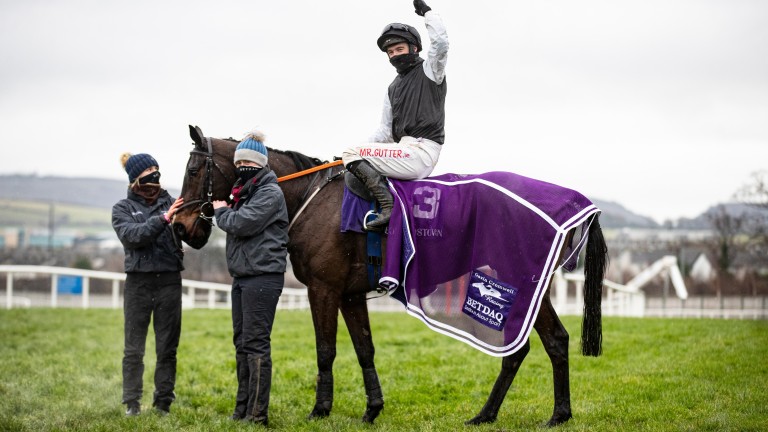 "He's pretty versatile in terms of the ground. His first win in a maiden hurdle came around Bellewstown [on good ground]."

He added of Letsbeclearaboutit, fourth in the market for the Weatherbys Champion Bumper: "He's going to stay at home and might go to Fairyhouse for a winners-of-three bumper [on Saturday April 3]."

Cromwell also expects to be represented in the Albert Bartlett Novices' Hurdle and a couple of handicap hurdles next week.

He said: "Vanillier didn't show himself last time and was under the weather for a couple of weeks after. We're happy with him now, though, and the Albert Bartlett is the plan."

He added: "I'm looking forward to running Gabynako in the Martin Pipe. It's a competitive race and he's not exactly thrown in but at the same time I'd be disappointed if he doesn't run a big race.

"Wolf Prince will probably go for the County Hurdle. He got plenty [of extra weight with his 6lb higher British mark] but he's in good nick and as long as he can travel well, which I think he should do, hopefully he can stay on. I'd imagine Alfa Mix probably won't go."

Get clued up with the latest Cheltenham Festival tips and odds with our free microsite. The best Cheltenham betting advice and exclusive free betting offers all in one place. FIRST PUBLISHED 6:00PM, MAR 9 2021
He didn't show any signs of sickness but my horses generally weren't running as well as they can. Thankfully they seem to have come back to themselves