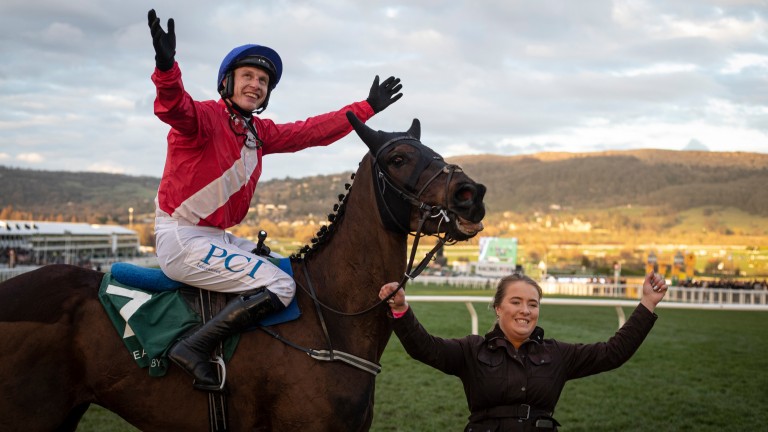 Ferny Hollow will not run at this season's Cheltenham Festival after sustaining an injury
Patrick McCann
1 of 1
By Matt Butler UPDATED 4:43PM, DEC 20 2020

Ferny Hollow had been second favourite at a general 10-1 for the opening race of the festival, the Sky Bet Supreme Novices' Hurdle, behind Royal Bond winner Ballyadam, who like Ferny Hollow runs in the colours of Cheveley Park Stud. He was also prominent in the ante-post market for the Ballymore Novices' Hurdle as a 14-1 shot.

Trained by Ireland's champion trainer Willie Mullins, the five-year-old led home stablemate Appreciate It in last season's Champion Bumper and made a winning start over hurdles at Gowran Park last month, beating the highly touted Bob Olinger – a bloodless winner at Navan on Friday – by a length.

Mullins said: "It looks like he has a bit of a stress fracture. He was a bit lame after his last run and he didn't recover. We can't find it on an x-ray but he's lame and that usually means there's a little fracture there. Those things will recover 100 per cent.

"It's disappointing but it could be a lot worse. Punchestown is definitely a possibility. They usually need four to six weeks, depending on how they recover, and the horse will tell us that more than anything else." 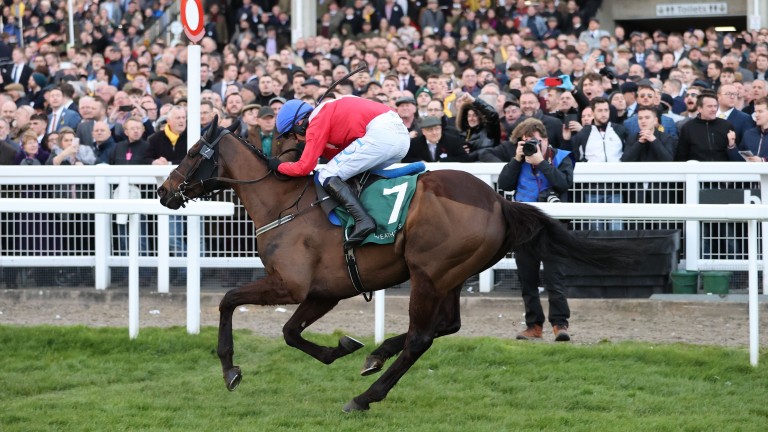 Cheveley Park has been a growing force in jump racing in recent seasons, with the powerful owners winning twice at each of the last two Cheltenham Festivals.

Envoi Allen, winner of the 2019 Champion Bumper and last season's Ballymore Novices' Hurdle, is favourite for the Marsh Novices' Chase and appears set to spearhead their team this time around, but the loss of Ferny Hollow, a £300,000 purchase days after his 15-length win in a point-to-point at Knockanard, is a significant blow.

Chris Richardson, managing director of Cheveley Park Stud, told Racing TV: "Ferny Hollow has a suspected stress fracture behind. Although nothing is immediately visible on his x-rays, that is often the case with a stress fracture and so we're treating it as such.

"Sadly, he will miss the Cheltenham Festival. We hope he might be able to make it back for Punchestown, but we will have to see. It's very frustrating but he's very special, so we're being conservative with him."

Asked when the problem emerged, Richardson said: "We have been investigating since the beginning of last week because he wasn’t sound. We couldn't find the cause of the lameness, however.

"Quite often it takes two to three weeks for a stress fracture to show up on an x-ray and it will be at that point that we would know definitely, but we've got to proceed with the bigger picture in mind now.

"He's sound in his box currently but he's not trotting up sound. That's the thing with injuries – unless they are severe or catastrophic, it can actually take some time to find the cause. This is how we are responding initially. We will know more for sure in three weeks' time."

FIRST PUBLISHED 1:14PM, DEC 20 2020
It's disappointing but it could be a lot worse. Punchestown is definitely a possibility

Dynamite night for McNamara as Jazzaway leads Mullins charge in feature How a ping-pong rout told me everything about the extraordinary Patrick Mullins 'She'll be a big player in the Cesarewitch' - five who caught the eye at Galway Fan De Blues follows in some famous hoofprints to win Grade 3 novice chase 'It's incredible to think I've won it twice' - can Patrick Mullins do it again? Hopes high of strong European team for Spring Carnival despite veterinary checks