Interest in Saturday's trial has been lukewarm from on-course layers 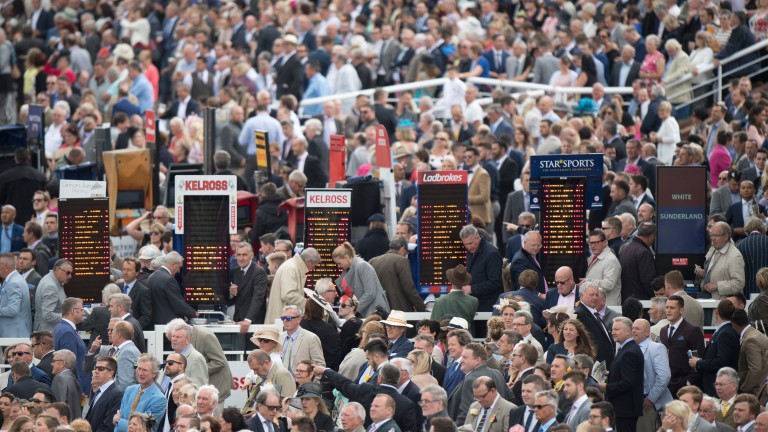 Goodwood: four bookmakers will be betting on-course at the track on Saturday
Edward Whitaker
1 of 1
By Graham Dench 6:14PM, JUL 27 2020

Ben Keith, who bets as Star Sports and would normally have one of the prime positions at Goodwood, is among many bookmakers who have spurned the opportunity to take one of the four betting positions that are being allowed at the track on Saturday, when up to 5,000 members will attend under strictly controlled conditions.

One of the main drawbacks from any bookmaker's point of view is the insistence on cashless betting for the pilot, which many are confused by, since the sites are all outdoors and cash remains acceptable even in most indoor retail outlets. However, Keith also has other grounds for rejecting the opportunity.

He said: “I think it’s a dangerous thing to be joining in with and I don’t think there is any upside whatsoever. I don’t like the word trial. What does it lead to, and what’s the definition of success? I might sound cynical, but I think on-course bookmakers have a right to be. You can take whatever you want from a trial, and if they decide it’s a wonderful success and that cash betting is no longer needed I can see where that might lead.

“There are serious practical concerns too and I can’t stress how off-putting they are. Those machines do £45 on a tap, but how are you supposed to pay the money back on to it without a huge performance. Why would anybody bet like that when they could stand in the bar and bet through an app?

“People have been taking cash bets on racecourses for a hundred years and what’s changed? I feel that it suits the agenda of racecourses looking to give on-course bookies another kick and it will be a struggle for anyone to make money there anyway. There’s no upside, apart from for those who want there to be a downside.” 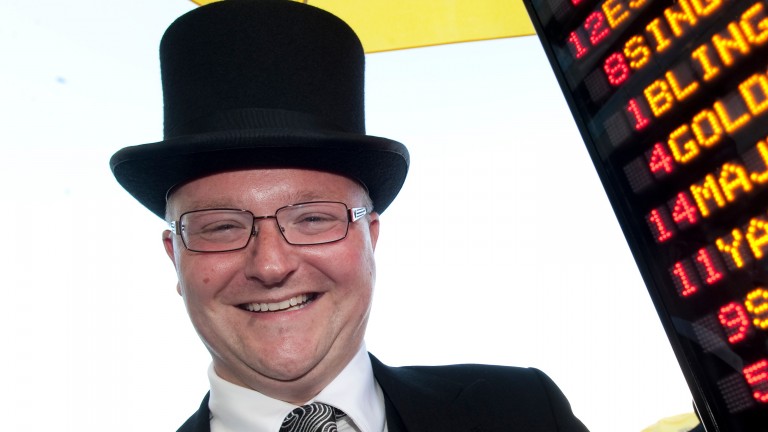 Ben Keith: "Why would anybody bet like that when they could stand in the bar and bet through an app?"
Edward Whitaker (racingpost.com/photos)

Tim Moore, managing director of Administration of Gambling on Tracks, is relieved there is some of light at the end of the tunnel at last for racecourse bookmakers, who have had no earnings since March and in many cases have been ineligible for government support, but he acknowledged it has not been easy filling the four spots available and agreed the situation is far from ideal.

He said: “There are 102 bookmakers on the list for Tattersalls at Goodwood and it’s true that quite a few have turned it down. We’ve been working down it in order of seniority, but at the end of the day it’s up to the individual bookmaker.

“The problem is that this cashless technology is almost brand new to the betting ring and most don’t have the terminals and other bits and pieces they need. It takes longer to take a bet, and a lot longer to pay out, as winnings don’t automatically go back into your bank account. You have to go back and present the card again and put your pin in, much as you would do if you were returning a shirt to Marks & Spencer, because there’s no integrated software for automatic payment.”

Moore, who has visited the site and said two of the positions would be behind the Tattersalls grandstand, another in front of a bar in Tattersalls adjacent to the Silver Ring, and the fourth at the end of the Silver Ring in the picnic area, added: “It’s not going to be a great opportunity for making a few quid, but we are going to learn a lot. Hopefully we will enjoy a good, successful trial which will help us all get back to work.” 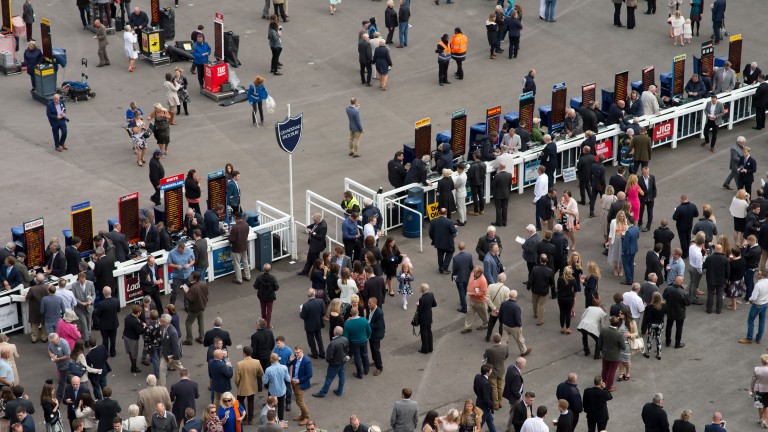 Robin Grossmith, a director of the Federation of British Bookmakers, has sought an explanation for the decision not to allow cash and asked for a rethink.

He said: “We have written to the DCMS [Department for Digital, Culture, Media and Sport] because we don’t understand why cash can’t be taken outside, when it is permitted inside. Parliament is in recess but we hope someone can come back to us in time.

"It’s very disappointing, because we are keen to go ahead with the trial and want to be part of it, but the terms we are required to bet under make it extremely difficult.”

A statement issued by the racecourse said: “The pilot event is about demonstrating that bookmakers can operate safely within the Covid-19 guidelines set out by the government. Once this is achieved, we can start to look forward to the future, with more on-course bookmakers and slow progress towards normality.

“Taking small steps is particularly important as the bookmakers will be operating cashless for the first time, representing a technological challenge in itself. The site risk assessments have established that breaching social distancing principles is likely if too many bookmakers are situated in populated zones, especially with the potential prospect of queues because bets and payouts must be processed by debit card.

“With this in mind, it has been decided that bookmakers on course at the Qatar Goodwood festival will be limited. Should this pilot event be successful a further provision on course will be considered going forward.”

Stay in one enclosure with face masks advised: how Goodwood's pilot will work

FIRST PUBLISHED 6:14PM, JUL 27 2020
I feel that it suits the agenda of racecourses looking to give on-course bookies another kick and it will be a struggle for anyone to make money there