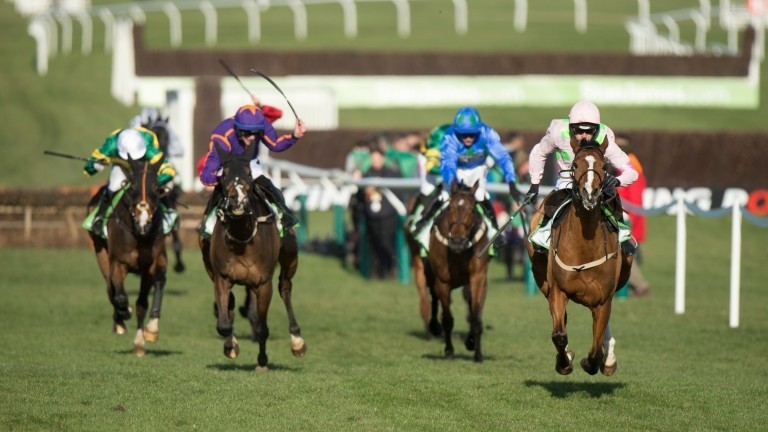 The brother of the main vet used by Ireland's champion jumps trainer Willie Mullins placed a series of lay bets on Faugheen to lose the 2016 Champion Hurdle 48 hours before the horse was ruled out of the race.

Michael Brennan, brother of vet Tim Brennan, wagered a little more than €2,000 after depositing €2,400 in his Betfair account, which would have netted him a potential profit of €3,342, a BHA inquiry in London heard on Monday.

Mullins vet charged with passing inside information about 2016 Faugheen injury

It is alleged that Michael Brennan, who has refused to cooperate with the investigations as a result of which he has been excluded from the sport since October 2016, placed the bets on the basis of information passed to him by his brother, who has been charged with corruption offences but denies any involvement.

Back bets on Arctic Fire

Outlining the BHA case, Philip Evans QC said Faugheen was the 1-3 favourite for the Champion Hurdle when Mullins announced the horse would not make the Cheltenham Festival in news made public by the Racing Post at 1.26pm on February 17.

Michael Brennan placed his first bet nearly 48 hours before the news broke at odds ranging from 1.49 to 1.98, which were "significantly better than the odds with the bookmakers".

Evans claimed: "This came as a consequence of the knowledge that this horse was not going to run; would be withdrawn."

Brennan then placed eight back bets on stablemate Arctic Fire before the announcement.

The panel was told that this betting pattern was "out of character" and heard Michael Brennan had previously placed only two lay bets, in 2014, one of which was on another Mullins horse who missed the 2014 Cheltenham Gold Cup.

Contacted by Betfair, Brennan denied receiving any inside information and said that he believed Faugheen's odds were too short.

He said he heard the news of the horse's withdrawal only after it was announced, adding the horse's difficulties were common knowledge.

Faugheen was reported to be in discomfort after the Irish Champion Hurdle on January 24 and was ridden out for the first time subsequently on February 15, a date Evans said was "a very central issue for the inquiry".

Tim Brennan's phone records show he spoke to Mullins three times on February 15, with one call lasting more than nine minutes, during a two-hour window between 11am and 1pm, when Faugheen was believed to have exercised.

The vet made a call to his brother at 12.53pm, which lasted three seconds. Evans claimed this invited the inference that the call was returned. The lay betting began at 1.05.

Tim Brennan told investigators that he could not recall speaking to his brother on February 15, and that he was made aware his brother had laid the horse only when he told him.

Evans said that on the basis of the communication evidence, and the timing of Michael Brennan's actions, the brothers' rationale "doesn't add up".

He added: "The prices jumped, which suggest Michael Brennan was looking to entice punters, which indicates the level of confidence he had in that betting."

Evans also claimed that a text sent by Tim Brennan to his brother on February 17, six minutes after news of the withdrawal, was indicative of one that would have said, "I told you Faugheen wouldn't run. I was right".

FIRST PUBLISHED 2:30PM, JUL 16 2018
Michael Brennan placed his first bet nearly 48 hours before the news broke at odds which were 'significantly better than the odds with the bookmakers'