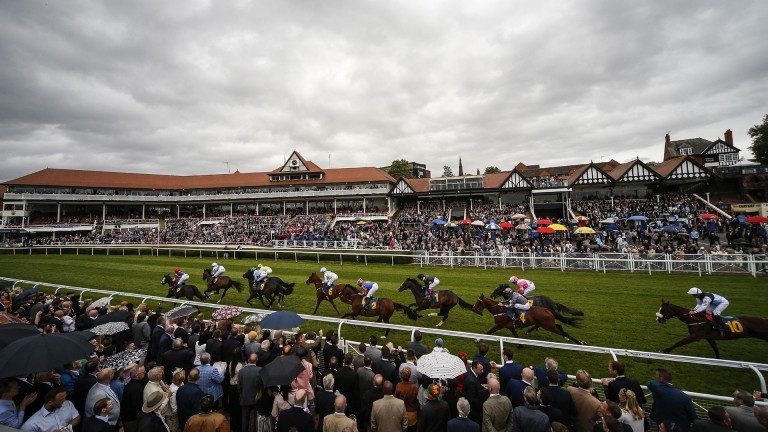 Horseracing was under the microscope in BBC1's Panorama on Monday. The BHA supports an investigation into the abattoir footage shown
Alan Crowhurst
1 of 1
By Mark Boylan UPDATED 10:21PM, JUL 20 2021

British and Irish racing were urged not to shy away from emotive subjects such as euthanasia and slaughter on Tuesday as they moved swiftly to respond to a BBC Panorama documentary featuring abattoir practices that have been roundly condemned.

A statement from World Horse Welfare called on all industry stakeholders to "sit up and take note" in terms of ensuring the highest possible horse care standards, while the British Horseracing Authority insisted it would respond as a "matter of urgency" to claims that welfare of racehorses had been compromised.

Horse Racing Ireland chief executive Brian Kavanagh stressed that the images broadcast "were abhorrent to all within Irish racing and in no way reflect the care and attention given to the overwhelming majority of horses in Ireland".

WHW chief executive Roly Owers said: "The industry must reflect, urgently, on whether it is doing enough quickly enough. It must step up on aftercare and should not shy away from issues like euthanasia and slaughter." 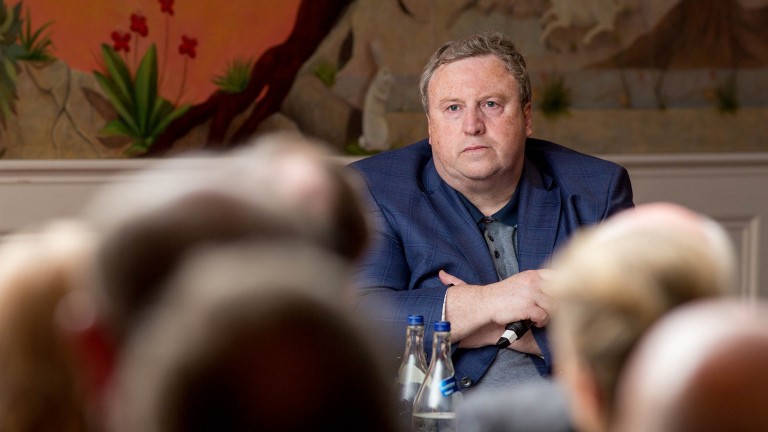 Brian Kavanagh: "Our people and our horses are our greatest strength, and it was sickening to see the fate which befell some horses on last night’s programme"
Conor Healy Photography

The BHA supported an investigation into the abattoir footage, emphasising: "No-one in racing, and no-one who loves horses, wants to see them caused distress or suffering at the end of their lives."

HRI also backed calls for such an investigation and listed a series of initiatives undertaken by the governing body to better standards since the appointment of John Osborne as director of equine welfare and bloodstock in December 2019.

These included the 2021 foal crop being the first to be registered using the ePassport to assist traceability, collaborative work with the Irish Horseracing Regulatory Board on injury and fatality mitigation through data analysis, as well as support for equine charities such as the Irish Horse Welfare Trust.

A statement from the BHA added: "The Food Standards Agency, which regulates abattoirs, is responsible for maintaining standards of animal welfare. We would support them if they decide there is evidence of mistreatment of animals which requires investigation, given the public concern that may arise from this programme."

Ireland's department of agriculture, food and the marine has insisted that the inhumane abattoir practices witnessed in Monday's Panorama programme do not happen in Ireland, with officials shocked by the findings revealed on BBC1.

Representatives from the department were speaking on Tuesday at the third and final hearing in the series of Oireachtas Agriculture Committee meetings, which were originally scheduled to respond to Jim Bolger's claims of drug cheats in Irish racing but also covered some issues raised in the high-profile episode.

Tipperary TD Jackie Cahill, chair of the committee, described the programme as "extremely disturbing", confirming that the group will seek answers from the department after discussing the broadcast at a private meeting.

"For the avoidance of any doubt, that is certainly not something that happens here," said the department's deputy chief veterinary inspector Michael Sheahan of scenes where the slaughterman was apparently shooting a horse from a distance with a rifle, later seemingly attempting to shoot while holding a horse with his other hand. 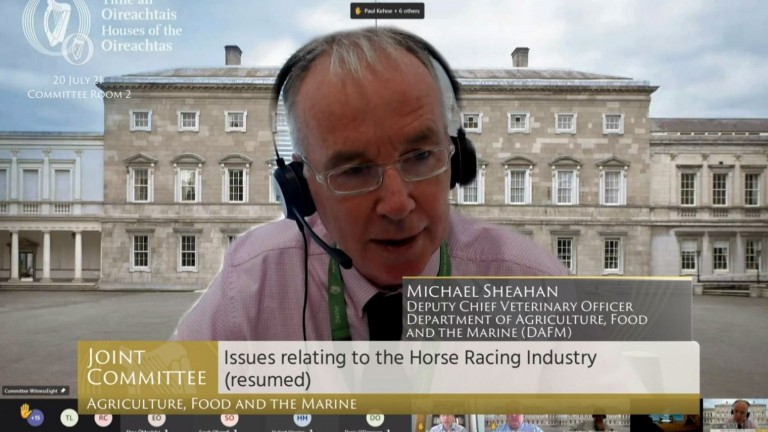 Michael Sheahan: "I'm happy to say that we are very satisfied with the way things operate in the plants that we have here"
Oireachtas TV

"I don't know if it's ever happened in the distant past or not, but in my time that does not happen. Horses in a slaughter plant here are dealt with in pretty much the same way as cattle."

He added: "The horse or bovine or sheep go up along a chute, they go into a restraining box and they are properly restrained. They are stunned and then killed. There's no question that we would allow a horse to wander around a room and then be held by an individual, while another attempts to shoot."

Dr Kevin Smyth, the department's assistant secretary general, stressed that he "had had no inkling whatsoever of what was in that programme".

According to figures released by agriculture minister Charlie McConalogue in the Dail last March, 1,549 thoroughbreds were slaughtered at Irish government-approved facilities last year. 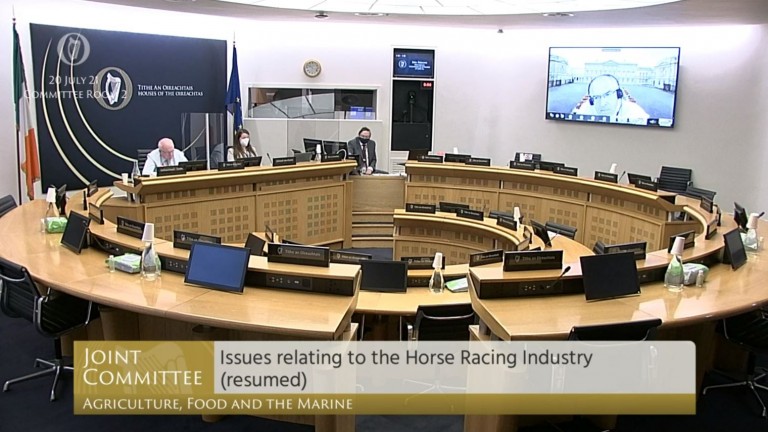 Sheahan suggested that the process of transporting injured horses from Ireland – as alleged by Panorama in its footage from the end of 2019 or beginning of 2020 – is no longer possible due to changes requiring pre-travel veterinary checks introduced following Brexit.

"Up until January of this year, there was a so-called tripartite agreement in place which effectively allowed for the free movement of horses between ourselves, Britain and France," he explained.

"Now if you want to move a horse, you have to go through the full rigours of getting a vet involved, a health certificate and so on – it's much more complicated prior to then."

There is just one active slaughter plant in Ireland, with the other approved plant currently closed due to damage from a fire.

"I'm happy to say that we are very satisfied with the way things operate in the plants that we have here," said the department's deputy chief veterinary inspector.

Sheahan acknowledged that the "traceability in the horse sector is nowhere near as good as it is in the cattle sector", describing the bovine processes as being up there with the best in the world as a "Rolls-Royce system".

Tom Kerr: racehorses give us so much – our sport must ensure it repays the debt (Members' Club)

FIRST PUBLISHED 7:30PM, JUL 20 2021
The industry must reflect, urgently, on whether it is doing enough quickly enough. It must step up on aftercare and should not shy away from issues