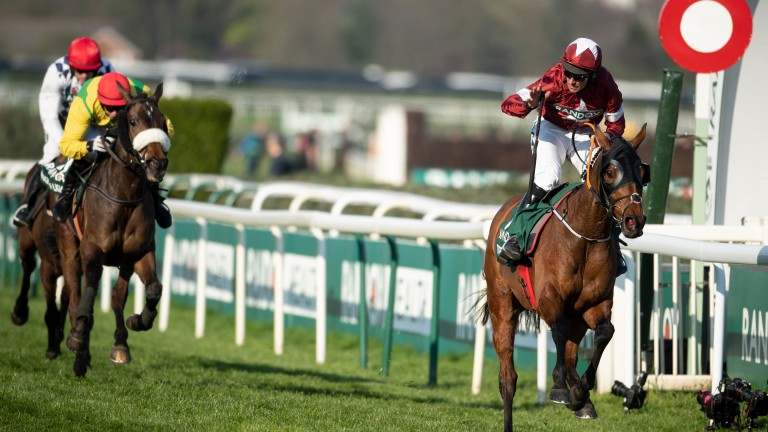 Betting operators confirmed on Wednesday that all profits from punting on the race, to be shown on ITV, will be donated to NHS Charities Together, the umbrella organisation that represents more than 140 NHS charities.

Collectively, these charities contribute £1 million a day to support the work of the NHS.

Virtual Grand National 2020: the full list of the 40 runners, riders and odds

Stakes will be limited to £10 per horse per customer for the event or £10 each-way per horse. In addition, the Tote will be providing a pool on the race and donating profits to charity.

Betting and Gaming Council chief executive Michael Dugher said: "I am delighted that our members have stepped up in this way to support the national effort to combat Covid-19 by contributing all of their race profits to NHS Charities Together.

"With the UK understandably and rightly in lockdown, unfortunately the Grand National can’t take place.

"The virtual Grand National will be the closest we can get to creating one of those moments when we can all come together in celebration, not just for the world’s greatest sporting events, but for the NHS heroes working on the front line to keep us all safe."

Nicola McGeady of Ladbrokes added: "It is only fitting that all bookmaker profits on the race should go to the NHS for the heroic work they are doing during these difficult times.

"Given the popularity of the Grand National, we hope that the virtual version helps raise a significant sum of money for this wonderful cause."

Would Tiger Roll have done it? ITV to broadcast virtual 2020 Grand National

The virtual National is produced by Carm Productions, which has vowed to ensure the result will not leak out to the betting market.

The company said: "As the Virtual Grand National show is pre-recorded, we insist on strict levels of confidentiality from everyone involved in the production process.

"In previous years, the Virtual Grand National has preceded the real race as a challenge to see if the computer can get close to the actual result of the Grand National or whether it can be outwitted by our panel of experts.

"This year, following the cancellation, we hope viewers will enjoy the chance to see what the computer decides for the 2020 Grand National that was sadly not to be." 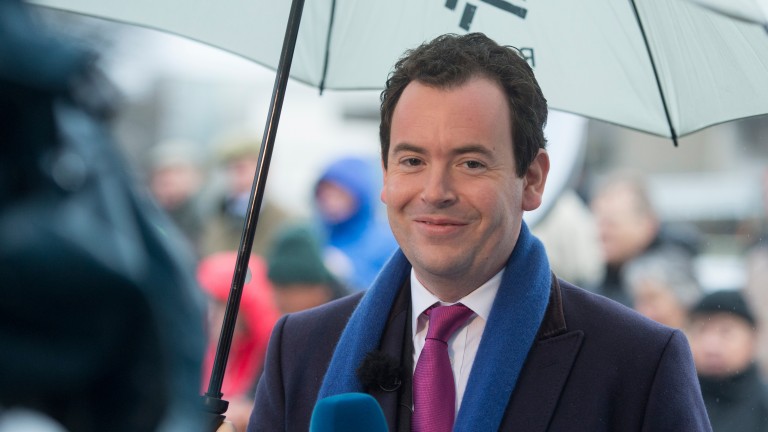 Nick Luck will return to the terrestrial TV spotlight on Saturday's broadcast. The man who hosted the Grand National when it was shown on Channel 4 will anchor the ITV programme featuring the computer-generated version of the Aintree race.

"The technology is quite impressive and it's great having Alice Plunkett and Richard Pitman involved but Stewart Machin is the man who brings it alive," he said.

"His commentaries are absolutely brilliant and he's doing it off a tiny screen with computerised horses, a lot of whom are carrying similar colours – it's not straightforward but he never misses a beat and in all the years we've been doing it I've never seen him take more than one take to do it. 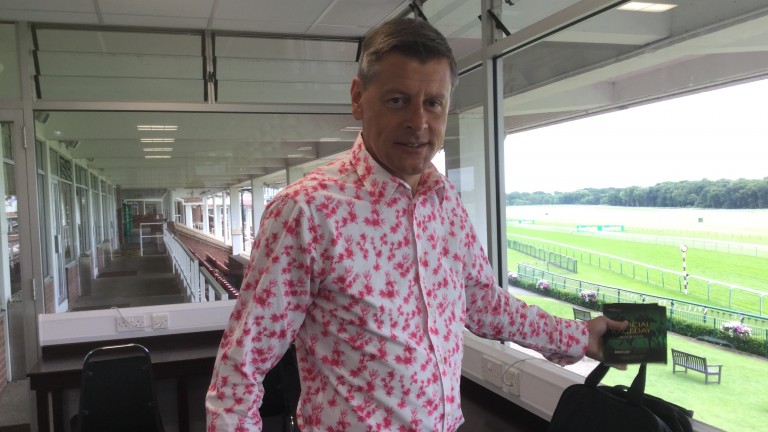 Stewart Machin: "The man who brings it alive"
David Carr

"The enthusiasm that he brings to it takes it from a quirky concept to something that's quite exciting."

With racing in Britain shut down since March 17 and all other sport also halted, Luck hopes the virtual National – which was introduced in 2017 – will attract a big television audience.

"Given that there's not really any other sport to watch you'd like to think that it might be a really welcome and fun diversion for people at a time when there's very little fun and diversion to be had," he said.

"Hopefully it can keep the race in people's minds, it's important that the idea it's Grand National week is there even if the race isn't. There's going to be a certain amount of regret as regards what could have been but I hope it will be a celebration of the sport."

FIRST PUBLISHED 1:11PM, APR 1 2020
You'd like to think that it might be a really welcome and fun diversion for people at a time when there's very little fun and diversion to be had

Back to normal? We road-test the new raceday experience 'It's great to see people back' - at last, racing without the restrictions Chelmsford reopens doors to spectators as riders get Covid jabs on-site York excited by prospect of possible 30,000-strong crowd on Saturday New Covid pass could present 'significant logistical' challenge, says RCA Jockeys urged to get vaccinated with over 40 per cent still to have first jab