Bolshoi Ballet - a value favourite or too short for the Derby? 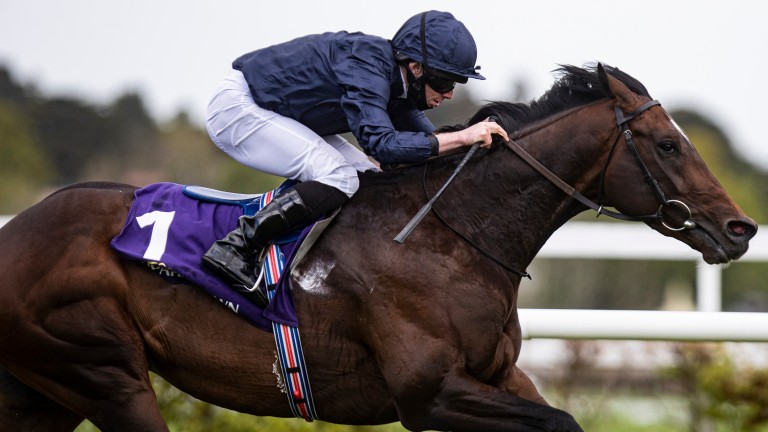 Bolshoi Ballet: strong favourite for the Derby after Derrinstown romp
Patrick McCann
1 of 1
By Racing Post staff UPDATED 4:39PM, MAY 9 2021

'I won't be backing him for Epsom'

This season's Classic trials have, at times, felt more like tribulations. A performance of genuine star quality had not been found until Bolshoi Ballet danced away from his rivals at Leopardstown on Sunday.

It was inevitable he would jump to favouritism for the Cazoo Derby, and is now a general 2-1 shot, but I won't be backing him for Epsom.

That's not because he has no chance of winning, indeed, he appears to have a very good chance. But 2-1 is no value, and given the previously muddied waters I wouldn't be surprised if plenty of connections are emboldened to turn up next month.

More runners on a notoriously tricky track can lead to problems in running. Plus, we haven't had a winning Derby favourite since 2015 and 25-1 and 40-1 shots have obliged since then.
David Baxter, reporter

'He looks the most likely winner'

It's a tough question. It's probably about the right price as he certainly looks the most likely winner of the Derby at this stage.

York is still to come and who knows what might come out of the Dante, but it'll be a surprise if whatever wins that does so as impressively as Balshoi Ballet won the Derrinstown.
Graeme Rodway, tipster

'Other contenders now have to step up'

He is quite short now, although I think you still have to make him favourite after that performance as he was so dominant.

The form probably doesn't amount to much. Main rival Mac Swiney disappointed, while runner-up Lough Derg was off the bridle some way out and the rest of the field finished in a heap. But Bolshoi Ballet was in command from a long way out, he's got a beautiful long stride and I don't think this well-balanced colt will have any problems with Epsom.

It's difficult to pick holes on that display and other Derby contenders now have to step up.
James Hill, tipster

FIRST PUBLISHED 4:20PM, MAY 9 2021
It's difficult to pick holes on that display and other Derby contenders now have to step up

Aidan O'Brien pays tribute as star filly Santa Barbara suffers fatal injury Promising filly set to climb the ladder after eyecatching fifth on debut Paddocks could beckon for Astadash after impressive Group 3 success Mother Earth rerouted to the Breeders' Cup after Santa Barbara setback Frankie goes to Canada! Dettori in the spotlight on rare return to Woodbine Where was Dettori? Where were the Brits? Irish Champions Weekend felt too Irish