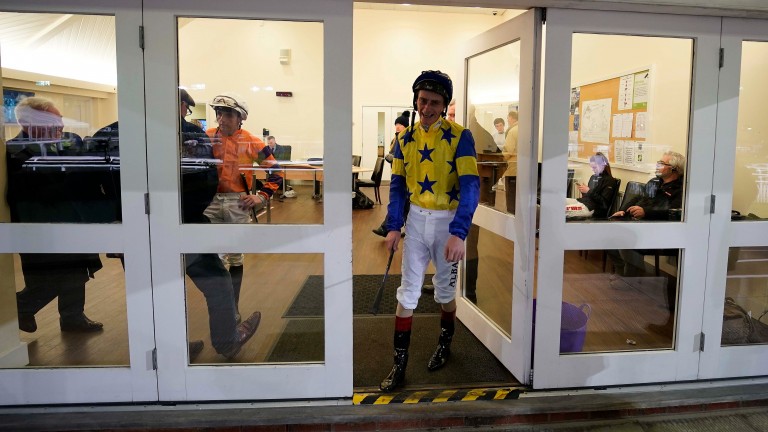 Jockeys are set to meet the BHA and trainers after riders continued to voice significant concerns about the decision to remove the 3lb weight allowance brought in during the coronavirus pandemic and instead raise weights by 2lb from the end of March.

The planned summit emerged at the end of another scrambled day during which Derby-winning jockey Adam Kirby said the removal of the allowance was "completely wrong", while the Professional Jockeys Association (PJA) admitted it “could have done more” to try to prevent the allowance from being replaced.

There has been widespread discontent and anger expressed by jockeys in Britain following a BHA announcement on Tuesday that detailed how a 3lb allowance for riders – meaning a jockey slated to carry 8st 8lb, for example, was able to ride at a weight of 8st 11lb – was to be removed from March 26 with the minimum weight carried on the Flat and over jumps raised by 2lb instead.

Explainer: why are jockeys up in arms about the change to the minimum weights in Britain?

The BHA defended the decision on Wednesday in the face of vitriol from the riders about the move, but a spokesman said on Thursday that the authority would meet with the PJA, riders and members of the National Trainers Federation (NTF) to discuss concerns that had been raised.

The BHA spokesman said: “When the allowance was introduced it was one of a long list of temporary Covid rule changes. When the changes were announced they were clearly flagged as 'a number of temporary changes to the rules of racing for racing to resume behind closed doors'.

“Since the announcement, we are aware of fresh concerns being raised in relation to the replacing of the temporary allowance with a weights rise. Following an approach from the PJA we have agreed to meet with them and some of their members, alongside the NTF, to explain in more detail the process that was followed and listen to these further concerns.” 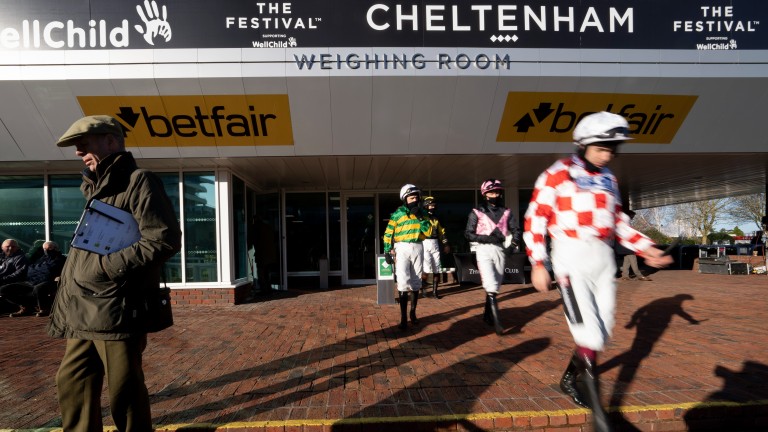 Jockeys head out to ride at Cheltenham
Edward Whitaker (racingpost.com/photos)

PJA joint-president PJ McDonald said on Wednesday that riders had been “blindsided” by the new rules, and the organisation’s interim chief executive Dale Gibson said it has not been clear to the PJA that the allowance brought in due to Covid was only temporary.

Gibson outlined that data seen by him and former PJA chief executive Paul Struthers showed “that the 3lb allowance wasn’t influencing results” but that during the consultation “it was evident that a number of people were concerned about horses carrying unpublished weight”.

He added: “However, we had no issue due to the data that we had seen. Subsequently, a number of senior riders were informed and a majority at the time were unconcerned.

“This happened during a period when there was heightened pressure on the PJA’s resources and during a period of transition for the PJA late last year, while there were numerous other factors as well. It is evident that we could have done more on this, however from the start of the process we were not aware that the allowance that had come into force was only ever meant to be temporary. We are working hard to find the best solution.”

Potentially overturning the decision was raised by Kirby, who said that the changes would be problematic for him and that he had seen no cause for concern with regards to horse welfare.

“It won’t be good for me at all – it won’t be good for anyone,” he told Sky Sports Racing. "I don’t get why the allowance was a problem in the first place. Three pounds is a massive help to us. It’s no hindrance whatsoever to the horses; track records have been broken and horse soundness is good.

“Just taking it away is completely wrong in my opinion and I don’t know why it’s even been brought in this way. Hopefully we’ll get that overturned.”

FIRST PUBLISHED 4:51PM, JAN 30 2022
Since the announcement, we are aware of fresh concerns being raised in relation to the replacing of the temporary allowance with a weights rise