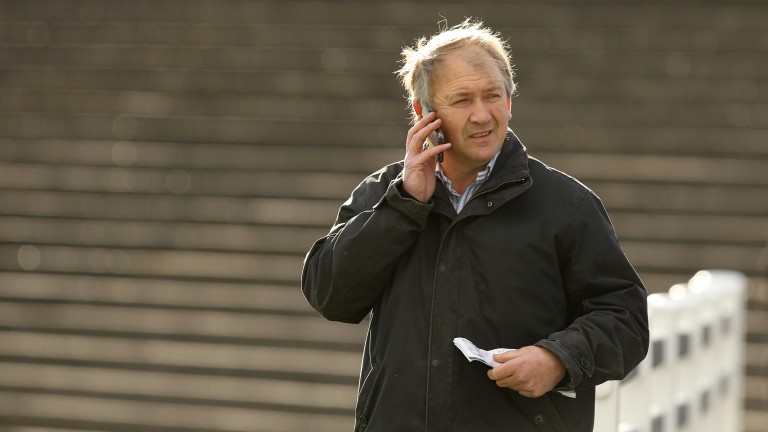 Charles Byrnes has lodged an appeal against the Irish Horseracing Regulatory Board's verdict to suspend his training licence for six months and fine him €1,000 over the Viking Hoard case.

The IHRB confirmed to the Racing Post on Friday that an appeal had been lodged into the case in which the Byrnes-trained gelding tested positive for a sedative following a race at Tramore in which he was heavily laid to lose.

One wager had a liability of €34,889 to win €3,200 on the defeat of Viking Hoard, who was pulled up in a handicap hurdle in October 2018 having drifted from 4-1 to a starting price of 8-1. No evidence was found linking Byrnes to these bets.

Tthe IHRB referrals committee accepted the interpretation of the evidence the horse had been "nobbled" by an unidentified third party when left unaccompanied.

Byrnes stated his intention to appeal when contacted for comment by the Racing Post on Tuesday. The date for when the appeal will be heard has yet to be announced.

Police were called after three unauthorised drones were sighted during Wincanton’s Somerset National meeting on Thursday.

Drones can be used to show live footage of races to give people a betting advantage, with footage sometimes two seconds ahead of the broadcaster.

Wincanton clerk of the course Daniel Cooper said: “We’ve had previous drone sightings – unfortunately, it’s become a regular occurrence – and there were three yesterday. The police were called and the matter is now in their hands.”

Cooper added: “The drones aren’t being flown from our land, but from very close to it. We’ve used additional gate staff to try and stop the problem, but it’s being done beyond Wincanton land.”

Kevin Stott, who enjoyed a breakthrough 2020 with a first Group 1 success in the Diamond Jubilee Stakes at Royal Ascot on Hello Youmzain, has been installed as retained rider for Nick Bradley Racing.

Stott replaces Ben Curtis as the primary rider for the ownership group, which has 1,000 Guineas prospects Dandalla and Fev Rover among its expanding team. 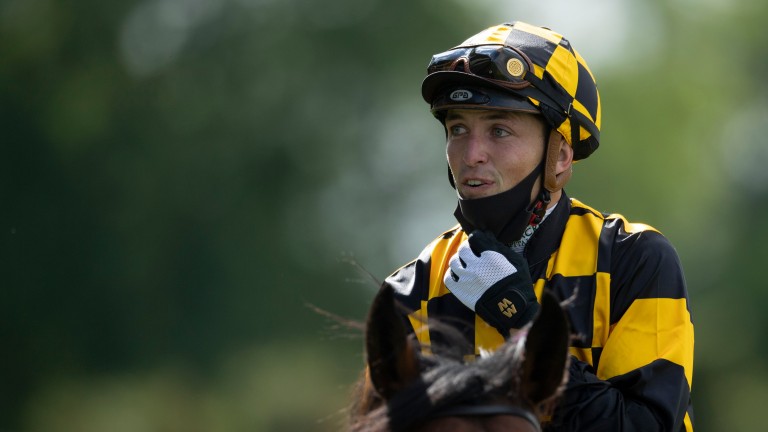 "Ben did a grand job last year when we had our best season, winning three Group races," said Bradley. "He's been given the Mark Johnston job this year and we wish him well, so we were keen to get someone on board to give us quality and consistency in the saddle.

"We'll share Kevin 50-50 with Kevin Ryan. He will have the pick between our horses and Kevin's and hopefully there won't be too many clashes. We hope Ben will continue to ride for us when available."

Dandalla, winner of the Albany and Duchess of Cambridge Stakes last season, has been earmarked for the Fred Darling Stakes, while Group 2 Prix du Calvados scorer Fev Rover could return in the Nell Gywn Stakes.

The news came as a surprise to the rider, who said: "Really? I can't believe that.

"That's fantastic news, especially to see yourself alongside some of those people. If you had said at the start of 2020 I'd ride 100 winners, win four Group 1s and be champion jockey, I'd have laughed. I'd have been happy with one of those things."

The RTE Sport Awards 2020 will be held on Thursday, January 28 and broadcast on RTE One.

The race formerly run as the St James's Place Foxhunter Challenge Cup Open Hunters' Chase at Cheltenham has been renamed, with the fox removed from its title.

The contest which was first staged in 1904 and traditionally follows the Cheltenham Gold Cup, will be known as the St James's Place Festival Challenge Cup Open Hunters' Steeple Chase this year.

Cirencester-based St James's Place Wealth Management has renewed its sponsorship of the 3m2½f chase, taking its backing to 2025.

A Jockey Club spokesman said: "Both the racecourse and the sponsor wanted to make the race clearly synonymous with the festival while protecting its heritage, including the important hunter chase race designation, and hopefully we've done that."

The Jockey Club has appointed its first chief commercial officer with Charlie Boss set to join the group in March from the Walt Disney Company where he is currently commercial director for sports across Europe and Africa.

Boss is one of three senior commercial appointments made by new chief executive Nevin Truesdale, with Alexandra Goldschmidt, who was most recently commercial director at Harlequins, joining as director of partnerships on a fixed-term contract to cover maternity leave.

The Jockey Club has also promoted Hannah Grosvenor to the position of national sales director.

Truesdale said: "Their appointments are the latest examples of the kind of talent we are privileged to welcome and nurture within the Jockey Club, which will ensure we recover from the Covid-19 pandemic on as strong a footing as possible."

The BHA has announced new race conditions for the two hunter chases at the Cheltenham and Aintree festivals to reflect the recent cancellation of point-to-point racing in Britain and Ireland.

The St James's Place Foxhunter Chase at Cheltenham, often referred to as the amateurs' Gold Cup, previously required horses to have either finished in the first two in a hunter chase on two occasions or won two open point-to-point races, or one of each, within the previous two and a half years.

Now, a new condition has been added to allow horses who finish in the first four on two occasions in a hunter chase between January 20 and March 1, 2021 to qualify.

The same new conditions apply to Aintree's Randox Foxhunters' Chase, which is run over the Grand National fences, with the qualification period extended to March 22.

Both sets of rules apply to this year only and horses who are already fully qualified for either race do not need to requalify with the additional conditions. If a horse has had one run which qualifies, only one further run which qualifies is required.

FIRST PUBLISHED 6:15PM, JAN 18 2021
The IHRB confirmed to the Racing Post on Friday that an appeal had been lodged into the case

Mark Johnston filly shows what buyers missed out on with impressive debut win IHRB vows to increase testing levels as annual integrity statistics are revealed Trainer Geoff Harker suffers shocking injuries after falling through shed roof One trainer, one horse, one jockey and one race to watch on Friday Four-month ban for box driver who drove into people and abused officials Robert Havlin considering appeal against 21-day ban after eyecatching second