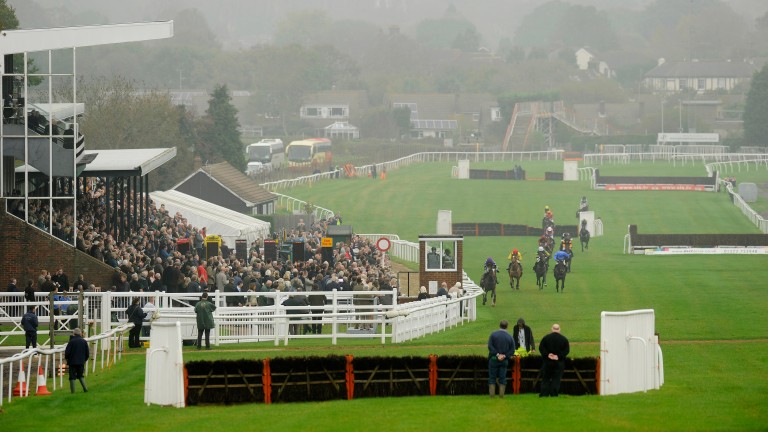 Plumpton: a course where Rufus Voorspuy was a regular during his traing career
Getty Images
1 of 1
By Bill Barber and James Stevens UPDATED 3:15PM, JUL 28 2021

Former trainer-turned-publican Rufus Voorspuy died on Sunday after a short battle with cancer. He was 72.

Having started in racing as assistant to Auriol Sinclair and led up 1974 Supreme Novices' Hurdle winner Avec Moi, Voorspuy set out on his own from his base on the South Downs and was a regular at courses such as Brighton, Plumpton, Fontwell and Lingfield.

His son Thady said: "He had a wonderful time doing it and people always remembered him for the red socks he used to wear when he went to the races. He always loved his racing and we'd go to Cheltenham every year – he never lost interest even after he retired from training."

After quitting training in 1994 aged 45, Voorspuy went on to be a publican in Dorset before finally settling in Scotland. A funeral service will be held at Heriot Church on August 5 with a memorial service in Sussex at a later date.

Goodwood's managing director Adam Waterworth is to join the board of Racecourse Media Group (RMG), the parent company of Racing TV.

He will replace Newbury's chief executive Julian Thick who is stepping down following the recent news that Newbury is to switch from Racing TV to Sky Sports Racing from the start of 2024 as part of a five-year media rights deal.

Thick first became a director of RMG in 2014 as representative of the large independent racecourses.

Virgin Bet was announced on Monday as the new sponsor of the Ayr Gold Cup, Scotland's richest Flat race.

The online betting company will also back seven other races at the three-day meeting which runs from September 16-18, including the Silver and Bronze Cups and the Firth of Clyde Stakes, Scotland’s only Group race.

It succeeds local firm QTS, who supported the Gold Cup for one year in 2020 when William Hill pulled out after a decade.

Virgin Bet has a growing portfolio of race sponsorships and gave its name to the Scilly Isles Novices' Chase and Cotswold Chase at Sandown last February.

David Brown, managing director of Ayr, said: "I am thrilled that Virgin Bet have chosen to sponsor the Ayr Gold Cup, one of the most prestigious sprint handicaps in the racing calendar.

"Sponsorship has never been as important to racing as it is now in these difficult times, so it is with great pride we announce Virgin Bet as title sponsors of the Ayr Gold Cup. Virgin Bet is an exciting brand and I hope we can work together at Ayr for many years to come." 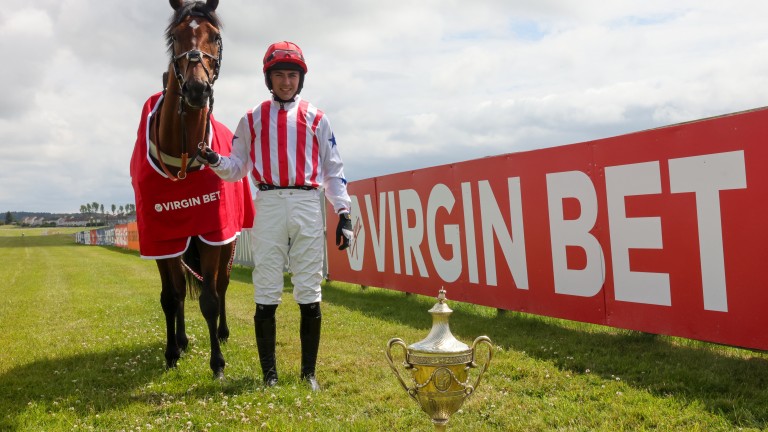 Bookmakers Fitzdares will look to support as many as ten trainers with grants of up to £10,000 as they announced a series of new initiatives aimed to help grow horseracing in Britain and Ireland.

George Scott and Ben Pauling were the first stables to have been supported in the Racing Futures fund with grants offered of £100 per horse for yards with no more than 45 horses stabled. The racing team are looking to support yards with significant future potential.

In addition, Fitzdares have also funded a new technology and learning centre for students at the British Racing School in Newmarket. This is aimed at providing an improved more general education for the future generation of jockeys and stable staff.

Fitzdares chief executive officer William Woodhams said: "We are committed to helping the sport we love and we are investing in the next generation of trainers with our Racing Futures Fund, enabling talented young trainers to apply for grants and sponsorships."

Among investments in the sport, which the firm estimate totals £1 million, is the redesign of Windsor's Winston Churchill box and a £100,000 refurbishment of the owners and trainers pavilion at Goodwood. The bookmakers' sponsorship portfolio includes the Royal Whip Stakes and Cartmel Cup.

FIRST PUBLISHED 2:00PM, JUL 26 2021
He will replace Newbury's chief executive Julian Thick who is stepping down following the recent news that Newbury is to switch from Racing TV to Sky