'It was a 'whoa' moment. We didn't realise there was trouble' 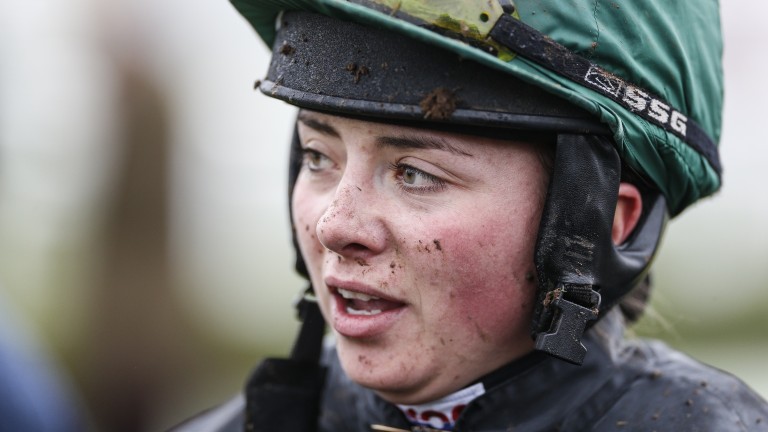 No power and very windy but managed to get horses fed, mucked out and a box on its way to Doncaster Races #StormArwen pic.twitter.com/N5sekIwwn2

It was a 'whoa' moment. We didn't realise there was trouble between these individuals. If we did we would have reported it immediately. This was something different
A Stratford fence attendant who allegedly overheard a verbal attack by Robbie Dunne to Bryony Frost speaks at the BHA hearing this week

Doing it was the best part. He was reliving his whole life all over again and I think that gave him a real lift. Even if nobody ever bought a copy of the book that made it worth it
Frances Crowley reminisces about her late husband Pat Smullen and how much he enjoyed writing his memoir

Thurles the next day. Kinda fractured my collarbone off Felix Desjy! Fair old way to be brought back down to earth
Jack Kennedy thinks back to how he 'celebrated' his Cheltenham Gold Cup victory on Minella Indo

If only you knew how much you were loved. You gave me some of the best days racing that I will be ever so grateful for.
You hold a place in my heart forever.
Rest in peace champ pic.twitter.com/dQYBnOBsbh

We had head-torches and flashlights and got the rest of them all fed. They say the power won't be back on until eight o'clock this evening at the earliest. It was all hands on deck
Stuart Coltherd praises the work of his staff to keep the show on the road during Storm Arwen

'Sitting in that cell for 24 hours, I was thinking it was the end of my career'

FIRST PUBLISHED 6:00PM, DEC 4 2021
Doing it was the best part. He was reliving his whole life all over again and I think that gave him a real lift

'I was happy to get to the end of the dance without standing on Pasquale's foot' Peter Scudamore: 'I'd have loved to continue riding but we weren't earning' Henry Daly: 'It was a nightmare - if you got yourself worked up you'd go nuts' Richard Pitman: 'The thrills I had going around there, money could not buy' David Elsworth: 'I never saw it as work - it was just a big game, an adventure' 'If you want to hear hard-luck stories, come to the bookies'
Bookmaker
Price
E.W. Terms
bet365
Open Account
Ladbrokes
Open Account
William Hill
Open Account
Coral
Open Account
Paddy Power
Open Account
Betfair
Open Account
Sky Bet
Open Account
Sporting
BetVictor
Boylesport
888sport