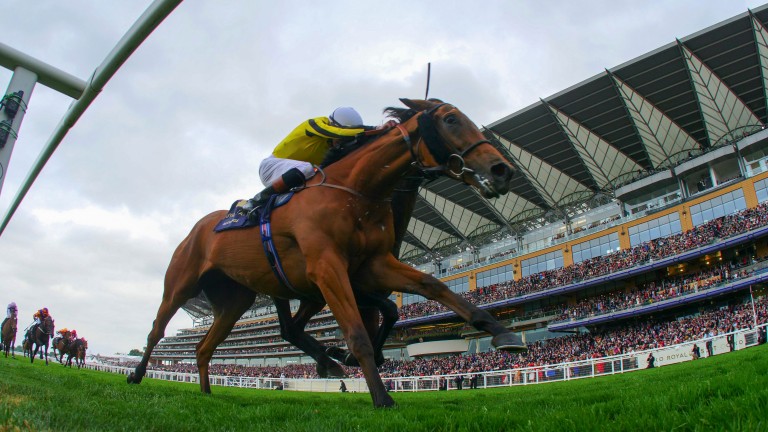 Big Orange, who memorably won the 2017 Gold Cup at Royal Ascot, has been retired after a leg injury flared up last week.

The eight-year-old was trained by Michael Bell for owners Bill and Tim Gredley and won nine of his 27 starts, collecting more than £1.25 million in prize-money.

He took his connections around the world to the UAE, Hong Kong and Australia, but his battling Gold Cup success – the only Group 1 win of his career – was his crowning moment.

Bell said on Wednesday: "He gave us so many happy days but the highlight of his career was the Ascot Gold Cup – his only Group 1 win. It was a fantastic race and all his qualities came to the fore.

"Everyone loves a horse that seemingly gives their all. He stuck his neck and head out and made himself even bigger when in a battle.

"When he was on song and got some fast ground he was very hard to get by. Those characteristics, I think, really endeared him to the racing public."

Gelded before he first hit the track, Big Orange's first win came as a three-year-old on the all-weather at Lingfield, but by the end of that campaign he had marked himself out as a stayer of some potential following two Listed wins. 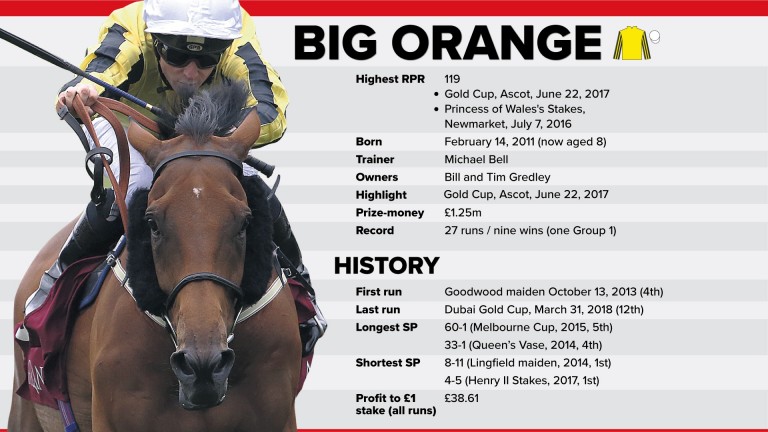 He flourished as a four-year-old, showing his versatility to win the 1m4f Princess of Wales's Stakes on Newmarket's July course – his first Group 2 success – before winning the Goodwood Cup for the first time three weeks later. He landed both those races again the following year.

Handed a near impossible draw in the 2015 Melbourne Cup, he performed admirably to finish fifth, before agonisingly being beaten on his next start in the Dubai Gold Cup by a neck.

His career-defining day came as a six-year-old, when he gamely fought off the late challenge of Order Of St George to win the Gold Cup.

What turned out to be his final run came last March, when he well beaten in the Dubai Gold Cup at Meydan. 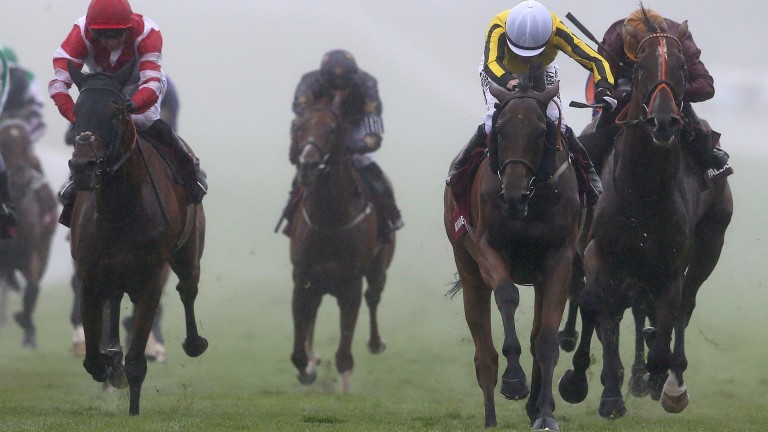 Tim Gredley also heaped praise upon the horse, who was bred at the Gredleys' stables at Stetchworth.

"It's a sad day but one when we should celebrate everything he's done for us over the past few years," he said.

"I must reiterate it's a very minor injury, but as he owes us nothing and he's been such a great servant we just thought that to retire him was the right thing to do."

His golden afternoon at Ascot would be regarded by most as Big Orange's greatest moment, but for Gredley it came the year before when he won his second Goodwood Cup.

"Both Goodwood Cups were fantastic," he said. "But I'll always remember the 2016 race, when it began to rain just before the start and we could hardly see it at all until he came out of the mist in front and finished off by being so tough."

On Big Orange's future, he added: "He'll come back to Stetchworth and be spoilt for the rest of his life now.

"He'll spend the next couple of months being pampered in the spa, then he'll be given plenty of time out in the field to enjoy himself."

FIRST PUBLISHED 12:12PM, FEB 20 2019
It's a sad day but one when we should celebrate everything he's done for us over the past few years