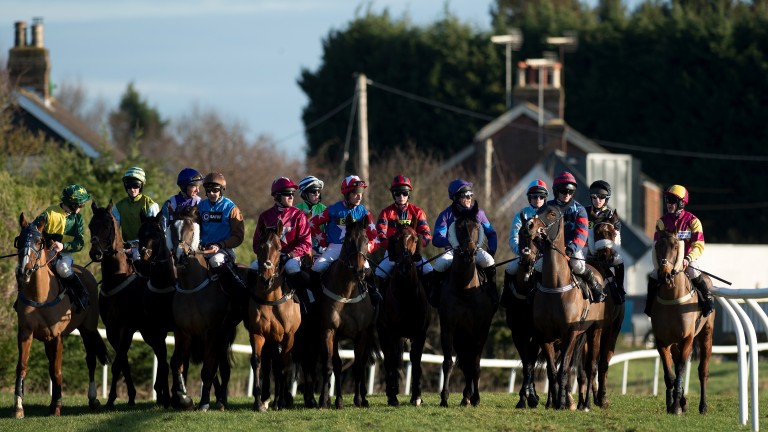 Amateur jockeys will no longer be permitted to ride in Britain from Saturday after the BHA released a number of changes to the race programme.

British racing's governing body confirmed that hunter chases would be taking place this season, but only professional jockeys or conditionals will be allowed to ride.

The decisions have been taken by the racing industry's Covid-19 steering group which includes representatives from racecourses and horsemen.

On Monday, persistent rumours that racing and other elite sport could face a shutdown were quashed by UK government officials despite coronavirus rates in Britain being at an all-time high.

However, amateurs are classed as grassroots sports participants and the new rules are in line with government restrictions around the definition of elite sport and the associated suspension of grassroots sport.

Amateur races in the programme will be changed from Saturday onwards to reflect the rule change, while base weights for hunter chases will be reduced to match other professional races.

The news came shortly after the suspension of the 2021 point-to-point season in Ireland was announced with immediate effect following updated government guidance.

The Department of Agriculture, Food and the Marine has clarified that point-to-point racing would not be included in the category of professional and elite sports permitted to continue behind closed doors.

Paul Murtagh, registrar of the Irish National Hunt Steeplechase Committee (INHSC), said: "On behalf of the stewards of the INHSC, we note the clarification received today from the Department of Agriculture, Food and the Marine that point-to-points should not take place until further notice, recognising the difficult situation the country finds itself in.

“We will now begin to investigate the options available to us around the fixture list and race programming for when we are permitted to recommence. We will continue to liaise closely with HRI on this matter and will remain racing-ready to run point-to-points once we get the green light.”

Ed Chamberlin: 'We've got to keep acting responsibly to keep the show going'

FIRST PUBLISHED 2:26PM, JAN 13 2021
Amateur races in the programme will be changed from Saturday onwards to reflect the rule change