Nicky Henderson: Buveur D'Air will be a different horse this year 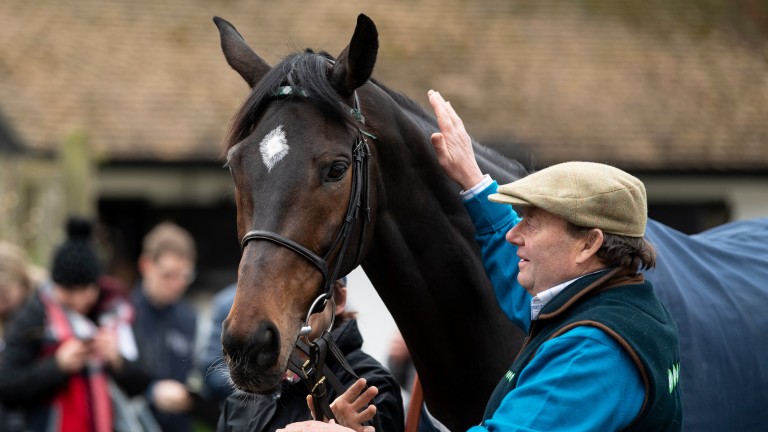 Nicky Henderson promises we will see a different horse to 12 months ago when Buveur D'Air bids for a third successive Unibet Champion Hurdle in three weeks' time.

Henderson needs his big guns to fire if he is to retain his trainers' title after his great friend and rival Paul Nicholls powered almost £370,000 clear over the weekend.

But on Monday he had positive news of his principal challengers in the Cheltenham Festival's three most valuable races – and he also reckons he has an especially strong team of novice hurdlers.

Henderson is now 4-9 with Sky Bet to get the better of Nicholls, who had eight winners on Saturday, having been 1-7 in the middle of last month, and can do with claiming some prize-money in the £450,000 Champion Hurdle, £400,000 Betway Queen Mother Champion Chase and £625,000 Magners Cheltenham Gold Cup.

Buveur D'Air, who if successful will emulate See You Then, who won three consecutive Champion Hurdles for Henderson in the 1980s, scrambled home from Melon 12 months ago but his trainer insists that he was not himself.

Henderson said: "I'll tell you why. He lives in a box next to We Have A Dream and on the morning before the race We Have A Dream had a screaming temperature. Buveur D'Air is tough as teak, but he did not get over Cheltenham. It took him apart.

"He'll have to be better than last year because I'm sure it's a better race. I don't say that he's 10lb better, but I hope he is."

While the betting suggests Buveur D'Air faces at least two tough opponents in Irish mares Apple's Jade and Laurina, his stablemate Altior will start at prohibitive odds when bidding for a fourth festival success on the spin in the Champion Chase.

Henderson's inkling is that Altior will at some point lose his unbeaten over fences, but he thinks his winning run is more likely to end next season, when a step up to three miles for the King George has been mooted.

He said: "Altior hasn't put a foot wrong. We've come in on a different strategy this year, because he was fit and well, and now he's had a nice break and so is coming in nice and fresh, so hopefully we can go on again after Cheltenham.

"We're back in the Sprinter Sacre situation, whereby anything bar a really good performance won't do, and it's not fait accompli because lots of things can happen and there will be plenty of opposition.

"It will be disappointing if it goes wrong, but you're prepared for it. He can't go on forever. I know Winx can, but she's different. It's got to happen somewhere, I just hope it doesn't happen in the Champion Chase." 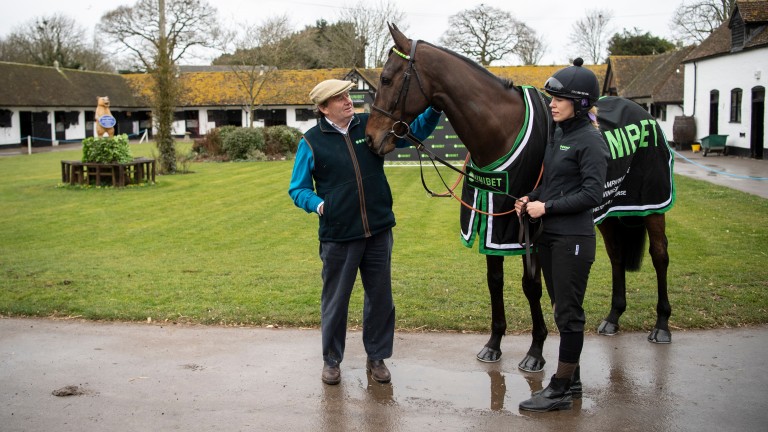 Buveur D'Air: will bid for a third Champion Hurdle at Cheltenham next month
Edward Whitaker
Last year's Gold Cup runner-up Might Bite is friendless in the market this time round and something of a forgotten horse after running two shockers, but if Henderson is reading the signals right we should not dismiss him.

He had his soft palate recauterized after finishing seventh in the King George and, while Henderson can not be sure that in itself will make the difference, he said he had changed quite a few other things too, without being specific, the combined effects of which have been very positive.

He said: "Nico [de Boinville] rode him on Saturday and thought he was in terrific form – really great. I was thrilled with what I saw too. He really was very good.

"He's lacked his rhythm and his jumping hasn't had the fluidity there normally is, so that's what we are hoping is going to come back. It's definitely not been a mental problem." 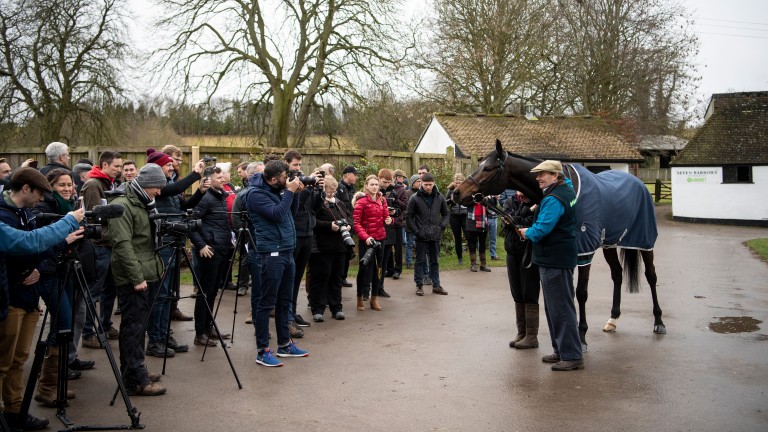 Nicky Henderson shows Altior off to the assembled press at Seven Barrows on Monday
Edward Whitaker
While the focus is inevitably on the big guns, Henderson has seldom approached the festival with a stronger team of novice hurdlers, with Angels Breath heading the Sky Bet Supreme runners, Champ the main one in the Ballymore and Birchdale a strong fancy for the Albert Bartlett.

On top of that, he believes he has "three very good fillies for the mares' novice".

Henderson said: "Saturday was huge and we're miles behind Paul in the title race now. If we win everything it still means Paul has to win nothing, but we have got a lovely team, and the novice hurdlers are really good.

"It's the best four days of the year and we'd love to get one winner on the first day and then start to enjoy it. Getting one on the board is like hitting a four in the first over."

FIRST PUBLISHED 1:13PM, FEB 18 2019
Altior hasn't put a foot wrong. We've come in on a different strategy this year, because he was fit and well

Three titans make this the highest-quality season in more than a decade Home team fights back at the festival - but champions are nowhere to be seen Nicky Henderson remembers close friend and Cheltenham Festival-winning owner 'He was very, very high-class' - Paul Nicholls announces retirement of Cyrname