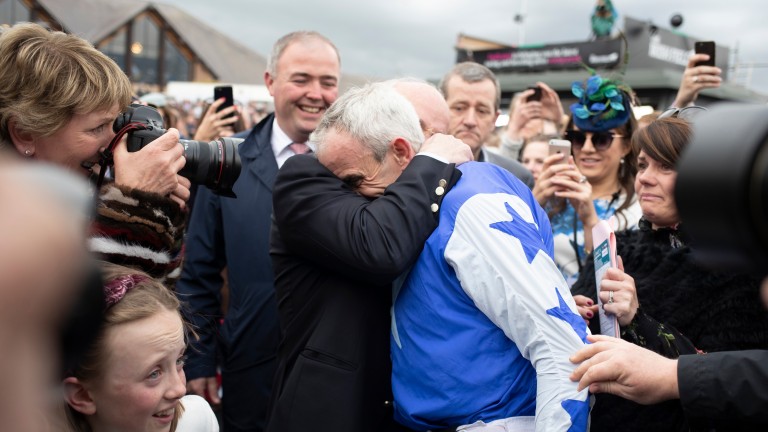 If this is what you have to do to have a bet then how many people are going to go through this? I've been asked less intrusive questions when I've gone for a mortgage and it's absolutely ludicrous
Professional punter Lee Keys blasts Betfair's affordability checks

When she went to Juddmonte to be covered by Kingman there was a crowd of staff waiting to greet her. It makes you think that alongside the legends they see on a daily basis, to go out of their way to see Laurens arrive was special
Owner John Dance reflects on the career of his once-in-a-lifetime filly Laurens

Frankie Dettori is riding me at York this afternoon. https://t.co/PKJ0KMGwf9

'Well done, Yorkie, you must have had it right off at Ponty yesterday', to which he replied, either through stupidity or to save face, 'Yep, no problem, the drinks are on me tonight!' So it ended up that Yorkie, who had no money most of the time, did his money twice in the space of a day
Sir Mark Prescott remembers an occasion where too much inside information became expensive for one of his employees

He was a very strong jockey – his father was a boxer, Lennie 'The Lion' Williams, and he clearly inherited it from him. My God, he could push. I always remember saying to him, 'When you think it's time to go, count to ten' and he did it perfectly
Les Eyre pays tribute to Ebor-winning jockey Tyrone Williams, who has died aged 54

A fire alarm at studio HQ to keep things interesting on day one of the Dante Festival!

All safe and sound and back in position now @RishiPersad1 pic.twitter.com/Mkl1RDVVl3

The line-up doesn't reflect what society or racing is currently. More should be done to get the right message out there but if we show that racing isn't open to diversity and this doesn't advertise the fact that we are – then it will only have an adverse effect
Sky Sports Racing broadcaster Josh Apiafi highlights a contradiction in racing's intention of improving diversity with this year's Magnolia Cup line-up

It's a numbers game now – I had under ten, which was no good. I'll have a bit more time to do other things. I never used to go away – it's like having a flock of sheep and being the shepherd, you can't really leave them
Michael Blanshard, Lambourn's second-longest serving trainer behind Nicky Henderson, on his decision to retire after 41 years

All hell broke loose, but it was perfect. There have been emotional moments at Punchestown in recent years but grown men were crying that day
Shona Dreaper, PR and communications manager at Punchestown racecourse, recalls the day Ruby Walsh retired at the festival in 2019

It’s not every day we have a Test Match cricket captain at the yard pic.twitter.com/FWlxye4H0r

The travelling head lad Simon Humphries rode him out on the track this morning and he said, 'If I could ride him every day I'd ride until I'm 100!'
Anna Lisa Balding after Spanish Mission landed the Yorkshire Cup